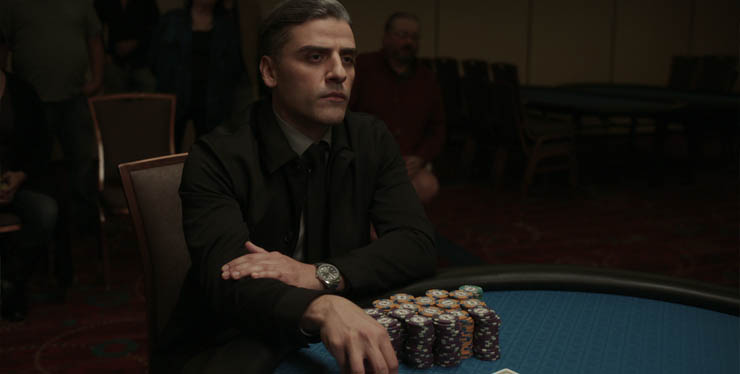 To enter the worlds created by Paul Schrader is to dive into a cinema made for shut-ins. Introverts. Socially challenged loners whose fearsome smarts belie their lack of people skills. They're hermetic, character-driven narratives centered around such marginal figures.

Sometimes their dangerous quests, often involving brushes with the law, lead to volcanic bursts of sociopathic behavior. The blood flows freely, but the soul is cleansed. Other times, their journeys are more internal, a more placid surface concealing a boiling pan of emotional turmoil. In both cases, selflessness leads the way like a lighthouse near rough seas. 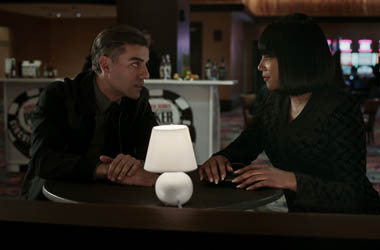 âThe Card Counter,â a new crime drama set in the world of card sharks and high stakes, isn't far removed from the violent excesses of some of Schrader's early work but veers more toward the austerity he has been favoring in recent years. On its face, the Focus Features release plays like a restrained victory lap, his greatest hits assembled in a crisply lensed, methodically paced package. But the âTaxi Driverâ screenwriter goes beyond self-referential nods to once again plumb the depths of a troubled psyche, with rewarding results.

William Tell (Oscar Isaac) likes to keep to himself. He walks into a casino without drawing attention to himself, sits at a black jack or poker table, wins a few rounds and leaves before the house can make a fuss about his titular talent. The neon lights and tantalizing surfaces? They are not to his liking. He stays at seedy motels, away from the noise. Ah, yes. About the noise: everywhere he goes in his nomadic travels, he wraps most objects in the rooms where he stays in white sheets. Lamps and table legs are covered, draining the color and reducing the capacity for sound to ricochet. The mind is still, keeping the void just out of reach. 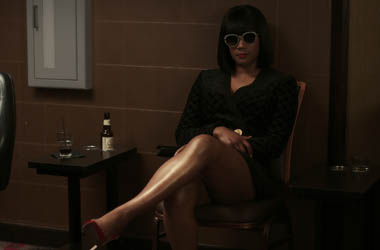 Out comes the notebook, one of those black and white composition books with wide ruled pages that you probably bought for school at some point. And, in clean, legible cursive, he jots down his thoughts, as we listen in. The calmness of his waking hours is disrupted when the past creeps into his dreams. (Brief flashback scenes showing a younger William in military uniform, shot with fisheye lens, take viewers inside the purgatory from which he is trying to stay one step ahead.)

One senses, watching the sharp-dressed drifter go to through the motions, that Schrader would be content merely to peer into his routine for two hours. But it is also clear that the filmmaker, now 75, is reaching out to a wider audience than he might be accustomed to, starting with a cast made up of faces recognizable by a multiplex audience. In terms of Isaac, it's clear from the way he is photographed, and the way he spends at least half the film wearing form-fitting gray slacks, that Schrader is not blind to his magnetic star's good looks and, um, physical attributes. 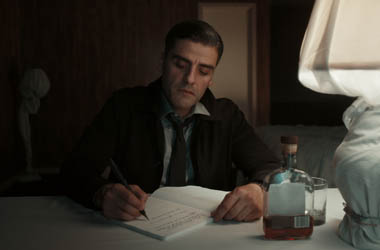 William's talents do not go unnoticed. He catches the eye of La Linda (Tiffany Haddish), who runs a stable, a group of gamblers backed by investors. Her gut tells her, accurately, that this is a man who has seen the inside of a prison. He politely declines her proposal. Then, as fate would have it, he is approached by Cirk (Tye Sheridan), a tall slacker with a chip on his shoulder and a score to settle. The younger man's quest for vengeance, its fraught connections to William's past threatening to reopen barely healed wounds, unsettles the brooding gambler. Befitting the grace at the core of Schrader's work, it also triggers the protagonist's paternal instinct. Suddenly, the prospect of a big payday becomes a means to an end, so he goes back to La Linda, signs up with her and hits the road with Cirk (pronounced âKirkâ) in tow. 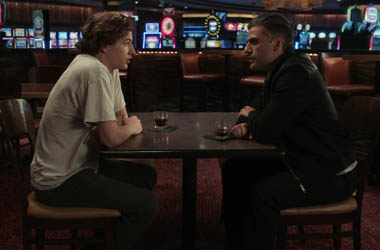 Like a gifted poker player, Schrader keeps his cards close to his chest. He starts in typical neo-noir fashion, with William's voiceover narration pulling triple duty as a fountain of exposition, a source of introspection and a tour guide to the film's garish milieu. Viewers unfamiliar with the rules of card games receive a Cliffs Notes primer: concise, no-frills, enlightening. Then he peels back the layers, fascinated by the contours and crevices of Isaac's face. The âInside Llewyn Davisâ and âEx Machinaâ star delivers some of his best work, as William's stony exterior is cracked open to reveal harrowing trauma and the capacity for great empathy. Haddish and Sheridan's performances are not quite on the same level, but both actors acclimate well to the film's leisurely cadences. Willem Dafoe, a Schrader vet, rounds out the cast as a shadowy figure linking William and Cirk.

âThe Card Counterâ is neo-noir with a pastoral temperament, a tale of redemption that hews closer to sin and absolution than crime and punishment. It is unafraid to gaze into the abyss of the military industrial complex, to point a finger at those who have been able to get away with wartime atrocities, while still holding others accountable for letting their unmerciful misdeeds fester like a fungus. It doesn't quite reach the delirious heights of Schrader's âFirst Reformed,â his portrait of a Protestant minister in upstate New York who undergoes a transformative crisis of faith, even though much of it feels like a companion piece to the earlier film. 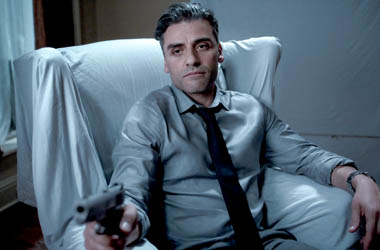 But, as in his best work, what shines through is Schrader's kindness, as well as his unerring refusal to indulge in the double crosses and plot twists the genre is known for. Just as inspired is his decision to keep the most unspeakable bloodletting off screen. There is no a-ha moment here, just the pieces of a broken man being brought back together with unhurried clarity. It all leads to a closing shot that depicts unity and separation as intertwining helix strands. The image's spare simplicity radiates providence, for the characters and for those on the other side of the screen who have been turned into true believers.