In Little Havana, Uncle Scotchy Tells His Story in 'The Blues Opera' 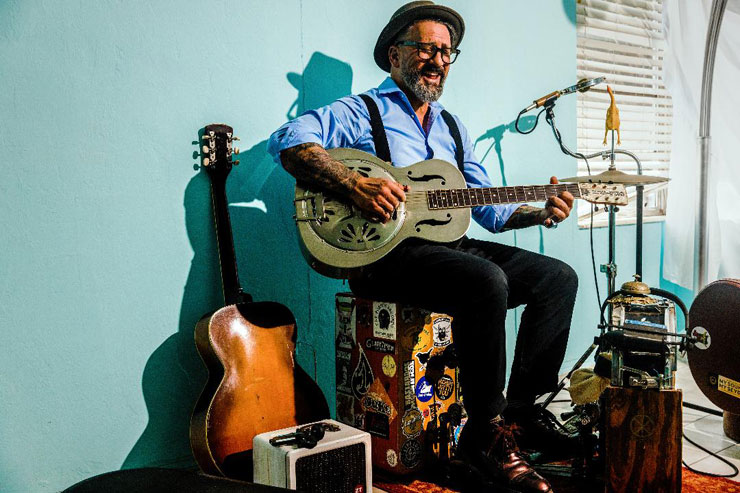 "The Blues Opera" is produced by Juggerknot Theatre Company, who has been producing immersive theater throughout Miami. (Photos courtesy of The Blues Opera/Scott McIntyre)

Specifically, it started in 2002. That is when doctors diagnosed his mother, Sande, with early-onset Alzheimerâs disease at age 59.

Soon, Garcia became a caregiver not just for his mom, but for his father, Victor, who also became sick.

Then, shortly before the pandemic, Garciaâs live-in girlfriend left him.

With Garciaâs family all gone, âI was completely alone, I needed something more healthy than just drinking and waiting for the pandemic to end.â To help him heal, Garcia turned to his past. But, instead of simply dwelling on the pain, he became creative by writing about it.

Now, total strangers â 10 at a timeÂ â are hearing firsthand about Garciaâs experiences with love, loneliness, loss, and redemption. The 51-year-old is relating his experiences to folks through his new immersive play, "The Blues Opera." It represents the kind of non-traditional live theater that Miamiâs experimental Juggerknot Theatre Company tackles. 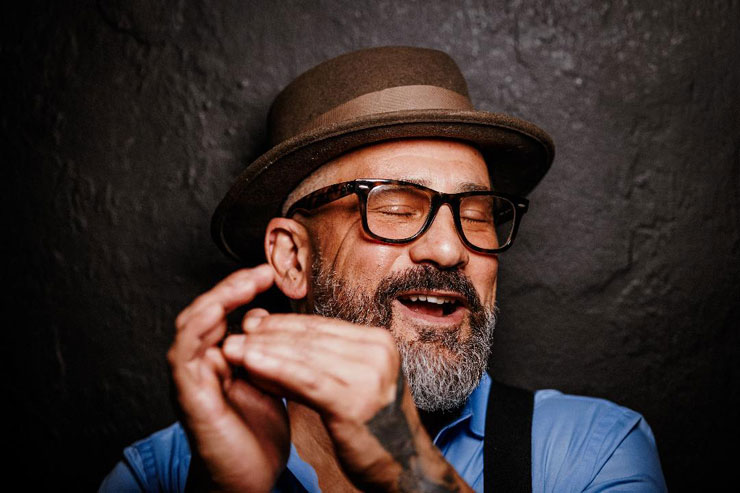 "The Blues Opera" is a one-man autobiographical play where 10 people at a time hear the personal story of Eric Garcia. (Photos courtesy of The Blues Opera/Scott McIntyre)

"The Blues Opera," a one-man, autobiographical show, is running through June 26 at a place in Little Havana. Patrons learn the specific location once they buy tickets.

Garcia, a musician and writer, said he gets nervous before each show. After all, he is about to open up his heart for 90 minutes to 10 people whom he has never met the details of his life. But then he relaxes by breathing and reminds himself why he is telling his story.

âI feel I owe it to my parents to tell their story,â Garcia said.

Actually, he tells a good portion of the play from his perspective as a caregiver. Often, caregivers for ill family members âfeel very alone.â

âI want people to realize that if theyâre a caregiver, they are not alone,â said Garcia, a pleasant-sounding man with a joyful smile, grey hair, grey beard, glasses, and tattoos. One of them depicts his motherâs smiling face. 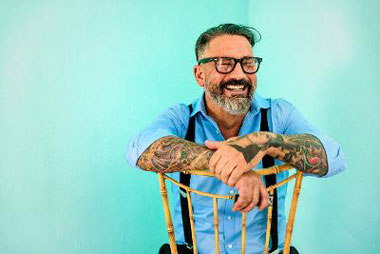 Garcia has been a musician since the 1990s, so part of "The Blues Opera" includes his music. (Photos courtesy of The Blues Opera/Scott McIntyre)

Speaking of smiling, Garcia said that his play is not a complete downer.

What should audiences expect?

âI think they should expect the unexpected,â the playwright said.

Also, people should expect the truth, because âeverything I say in the play is true.â

In addition, come expecting âan incredible attention to detail with the set and the lighting.â

Garcia said Juggerknot Theatre Company has brought in an âamazingâ director in Ana Margineau. She works nationally and internationally. Among other feats, she is co-founder of PopUp Theatrics, a partnership creating immersive theatrical events around the world and in collaboration with international theater artists. New York City critic Randy Gener has called her âone of the reigning queens of New Yorkâs highly intimate, one-shot-only, conceptual-based theater.â

Garcia said he approached Juggerknot Theatre Company with more than a dozen stories, each of which lasted anywhere from 15 to 25 minutes. Margineau thought up the concept behind the play, part of which involves the audience members playing games with Garcia. Meanwhile, the set includes many pictures and pieces of art that belonged to his parents. 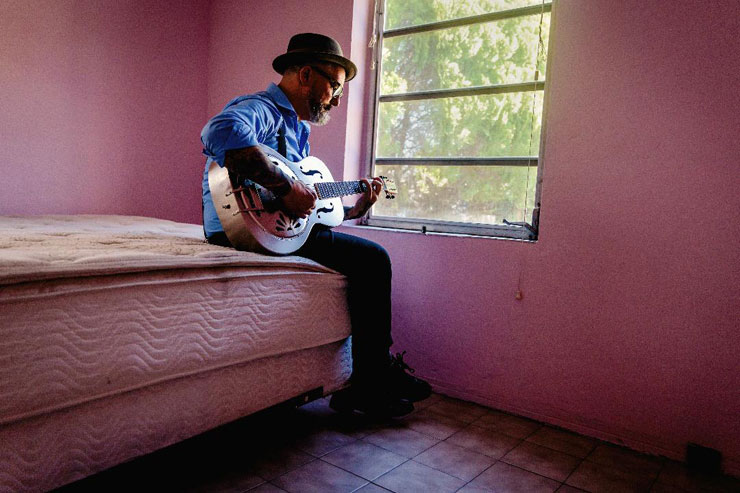 Patrons don't know the location of the show until they get their tickets. (Photos courtesy of The Blues Opera/Scott McIntyre.)

âI didnât know how involved and how greatâ the play was going to be, he said. Garcia added that he thought he would simply tell stories and play songs on a stage.

The director was âhuge in the developmentâ of the piece, he said. He added he is âsuper proudâ of what "The Blues Opera" has become and the positive reaction it is receiving from audiences. In fact, Garcia said he is âconstantly gratefulâ for âall the hard workâ people have put into bringing his story to life.

So far, Garcia said that all audience members of different ages have found something in the play to which they can relate. Some have stayed afterwards to chat with him, and many have thanked him for his vulnerability.

During the course of the play, you may come to know Garcia as âUncle Scotchy,â a nickname that a friend gave him, perhaps due to his taste for Scotch.

âIt just kinda stuck,â he said about the nickname.

So, too, did playing music. Garcia has been a musician since the 1990s. He operates a one-man band, playing the harmonica, guitar, and drum, and he also plays in a band. While he sings and plays the harmonica, a bassist and guitarists play along with him in the show.

âItâs not really work for me,â he said. âIt beats having a real job, I guess.â

As for "The Blues Opera," Garcia said he would like for the piece to enjoy a life beyond Juggerknotâs production. Actually, people have told him that it might do well in immersive theater festivals.

Bravo said that "The Blues Opera," while experimental, is nevertheless live theater.

âBut instead of seeing it on stage, youâre immersed in it,â Bravo said. âYouâre a character in the story.â

Bravo is co-producing the show with her sister, Tanya Bravo, Juggerknotâs founder and executive artistic director.

The company, founded in 1998, is an interactive theater and performance collective. It has been focusing on site-specific productions around South Florida for more than 20 years.

âThe company helped redefine the burgeoning theater scene emerging from Miamiâs Urban Core, showcasing and developing works from local and national playwrights and producing over 50 shows in and around Miami,â reads a company description on juggerknottheatrecompany.com.

âWeâve never done something this intimate,â Natasha Bravo said, referring to "The Blues Opera." Also, the company has never mounted a one-person show based on the personâs true-life experiences â until now.

âYouâre going to walk away thinking about Uncle Scotchy and all heâs gone through,â she said.

Juggerknot Theatre Companyâs production of "The Blues Opera" runs through June 26 at a location in Little Havana that patrons will learn about once they purchase tickets. For more information about the show, and to buy tickets, go to juggerknottheatrecompany.com/the-blues-opera.