If you watch one documentary during COVID-19 stay at home, make it "Helmut Newton: The Bad and the Beautiful."

Filmmaker Gero von Boehm said when he met photographer Helmut Newton for the first time, they bonded over old German films and novels by Arthur Schnitzler. This is reflected in von Boehm's documentary "Helmut Newton: The Bad and the Beautiful" now on demand from Kino Lorber. In Miami, watch it on O Cinema or Coral Gables Art Cinema platforms. The price of your ticket goes to help either local independent cinema, so choose who you'd like your dollars to go to. 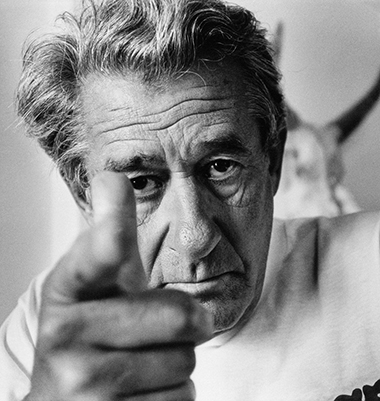 A self portrait of the photographer Helmut Newton in 1993. (photo: Kino Lorber)

von Boehm's documentary could have stuck with everything we've already seen of Newton, the avant garde photographer who changed the way fashion photography was presented.

"After fashion photography had been dominated by minimalism with Irvin Penn and Richard Avedon from New York since the 1950s, the next big epoch came in the late 1960s with Helmut Newton, who sexualized fashion like no one had dared to do in front of such a large audience."

von Boehm's documentary "Helmut Newton: The Bad and The Beautiful" doesn't play as a usual documentary but more like a narrative. von Boehm is the fly on the wall letting the talent Newton's work speak for itself.

When he does have others speak of Helmut's work, notably, they are all women. Newton's women. His models. And his muse.

The famous and recognizable actresses and models and not so famous talk about working with the great Newton, fascinatingly describing how he worked (many say it was serious but Newton was also a clown) but also conveying what it was like to be part of Newton's world. 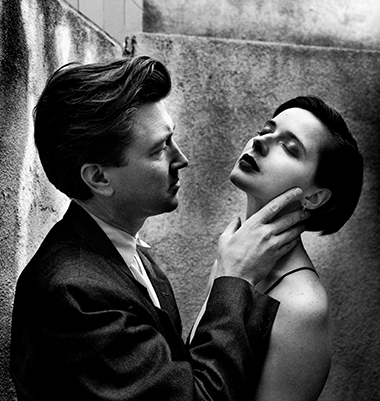 In "The Bad and the Beautiful" we see beauty through Newton's lens. Then, another layer, as we see Newton through von Doehm's lens.

Although Newton himself said he never got inside of the souls of this models, "I have no interest in the women. I don't photograph a soul," there is much laid bare here.

In the 1970s, Newton started a new era with his photographs. He became synonymous with Vogue. And the interviews with Vogue editor Anna Wintour about their professional relationship are fascinating.

Wintour took chances with Newton. She recalls in a fantastic interview in the film when the photographer faxed her a letter about a photograph of a chicken wearing heels that he shot.

Some of the most spirited interviews are with singer and Studio 54 icon Grace Jones, who says when Newton first met her he dismissed her because of her small breasts, but then, she says, kept calling her and calling her. They forged quite a professional relationship.

About 40 minutes into the film, and beautifully segued, von Doehm takes us back to the early life ofÂ  Helmut Neustadter, the son of a Jewish button maker who grew up in Berlin and trained with legendary photo artist Yva when he was 16 in 1936. Yva (Else Neulander-Simon) was one of the first fashion photographers of the time.

"There I learned everything. The whole craft. I was an apprentice, a real apprentice. I worshipped the ground she tread upon."

She meets a tragic and untimely end, but it would be a spoiler to tell here.

They return to a Berlin park, where he recalls being 13 and Adolf Hitler coming into power. It is a piece of Newton maybe some knew. What we learn here, however, are deeply seeded influences in his photography. 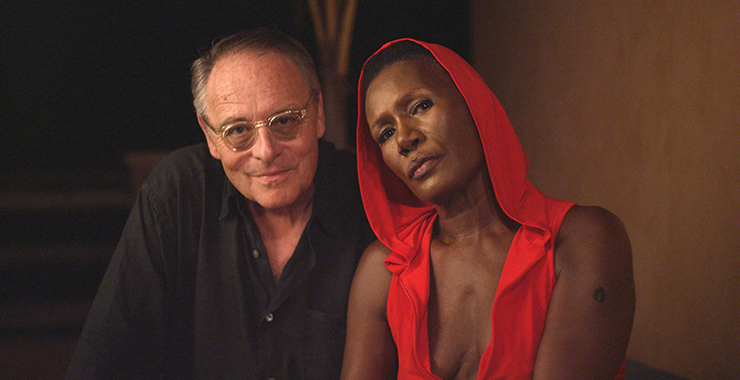 "Very soon we were surrounded by Nazi imagery. Imagine a kid that's crazy about pictures and all he sees is Nazi pictures. The glorification. People accused me of still being influenced by it today."

Newton talks to von Doehm as he films him, walking down the same stairs and looking down at the same beach, where the now famous photographer remembers his teenage years, where, at the end of the stairs is a beach. Where there was a sign written in German. "I remember the sign that said Jews and dogs not allowed."

Flashback to vintage reels of young, happy Germans in bathing suits galloping down the same stairs descending onto the crowded beach. 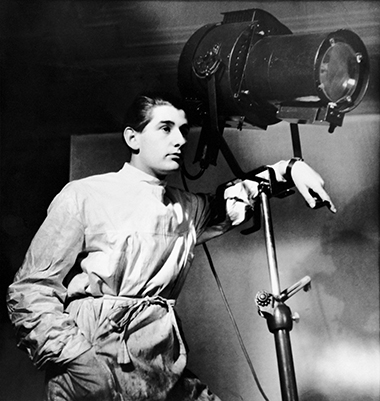 Von Doehm captures the moods â Newton's eccentricities of blow up dolls in the corner of his work room, much the way he viewed his models, his recall of fleeing Nazi German in 1938. "I ran in the day and I hid at night." Him leaving Germany when the Nazis closed down Yva's studio.

She calls him a misogynist and tells him that his photos humiliate women. His eyes sparkle. This he knows. But that's not the point. Sontag keeps talking.

Von Doehm captures all the moods in a film that has a noirish quality that is so befitting to the cast of characters from Claudia Schiffer to Marianne Faithfull to Newton's muse and wife, June Newton, who was a wonderful photographer in her own right, a.k.a. Alice Springs.

There's a foreshadowing of how Newton's life ended in a bizarre twist as he tools around Los Angeles in his Cadillac convertible. 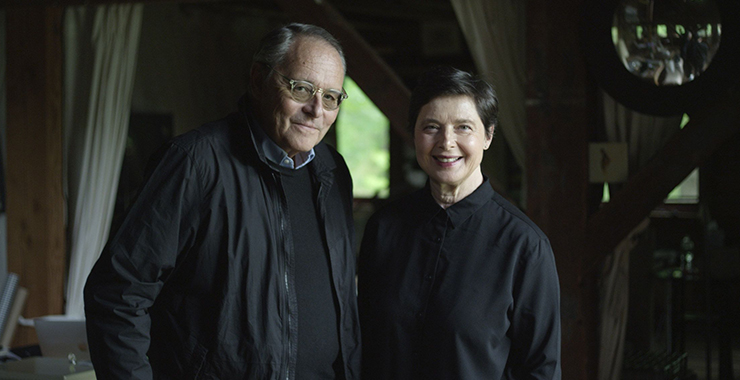 The legendary Newton speaks to the camera in a scene that underscores the controversial genius.

"There are two dirty words in photography: 'Art and good taste.' "