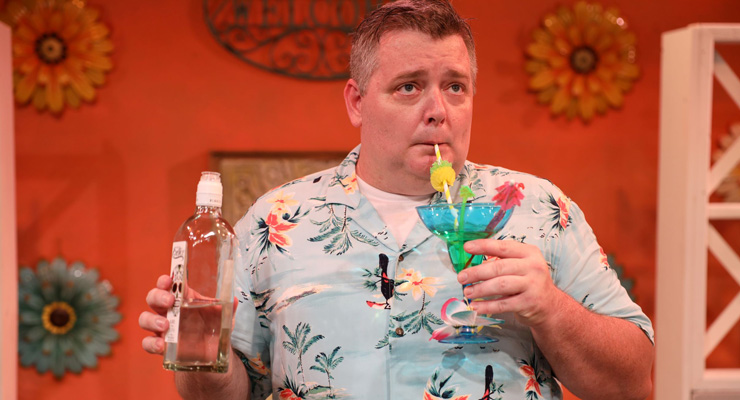 Actor Thomas Mark as Gerry in a scene from "Bright Colors and Bold Patterns" at Island City Stage in Wilton Manors from June 4-20. 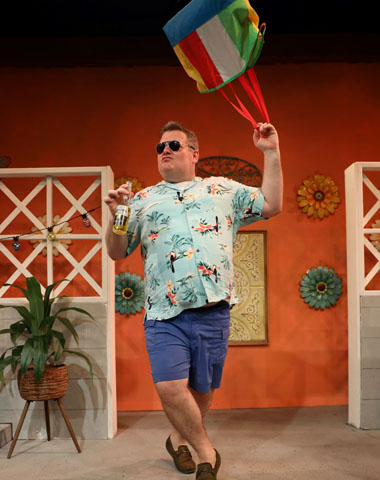 In the opening scene of the one-person play, it is the day before the wedding of Josh and Brennan. They are by the pool a Palm Springs home when in walks their friend, Gerry, who is either the ideal wedding guest or someone's worst nightmare, depending on your point of view.

âThe play is such a fantastic idea. In a normal one-person show, the performer breaks the fourth wall and the audience is your scene partner, or the performer will play several roles. Not so here,â said Mark.

âThere are four characters in the show, but the audience only sees mine, Gerry," said Mark in a telephone interview. 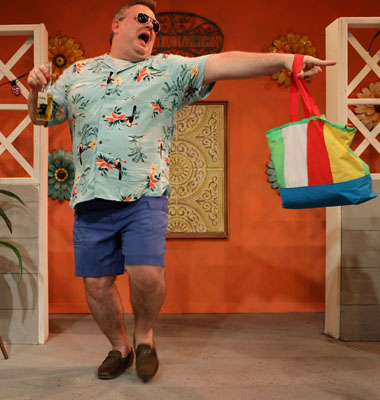 Actor Thomas Mark talking to the audience in a scene from "Bright Colors and Bold Patterns" at Island City Stage in Wilton Manors from June 5-20.

Mark said that he is only interacting with people he can see. "But I have to make the audience see the characters as well. I thought that is fascinating and a career milestone challenge for any actor taking on the part," he said.

Raised in the Queens section of New York City, Mark lived with his family in West Palm Beach, where his family still resides. After several years of performing on stage in South Florida, Mark returned to New York to work primarily as a playwright. 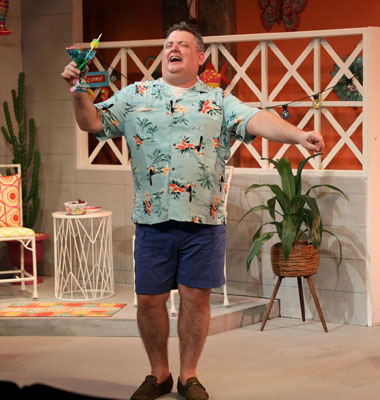 Actor Thomas Mark in monologue as Gerry in "Bright Colors And Bold Patterns" at Island City Stage in Wilton Manors from June 5 through 20.

âIn my portrayal, my director and I discussed extensively about Gerryâs voice and demons and how they manifest him into becoming âthe life of the partyâ and how that role itself is an exhaustive, emotionally draining cycle. There are several fascinating layers to playing Gerry in this play that are a ton of fun to do along with the fumes that drive him," Mark said.

Written by and originally performed by the playwright in 2016, the play takes a mostly humorous look at gay culture, but also with some introspection about the issues of gay rights and equality in marriage.

The play runs from through June 20.