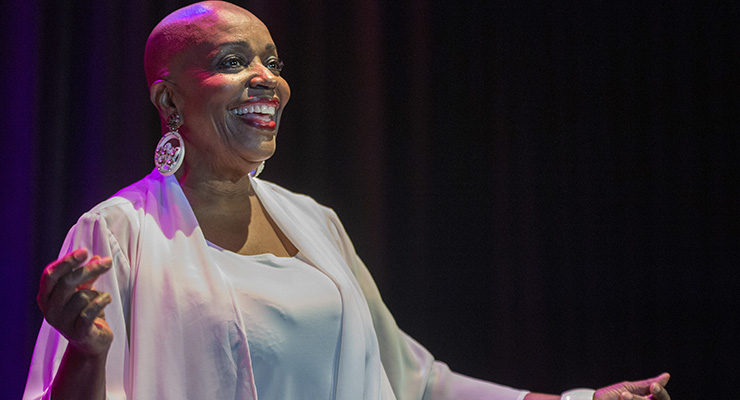 Jazz singer/songwriter Brenda Alford stars both live on stage and virtually in a concert promoting her latest album "Messages...Songs For The Soul."Â

The show begins at 8 p.m. Saturday, April 24, at Fantasy Theatre Factory at the Sandrell Rivers Theater in Miami.

The evening will feature Alford in the virtual concert with her musicians, including a live appearance of Alford on stage commenting on the virtual performance, followed by a question and answer session with the audience following the concert.

The highlight of the evening will be Alford singing live on stage (without her musicians) spontaneously during the post- concert event.

"I deliberately did not promote that I was singing live at the event, because I do not want the audience to think I am performing the entire recorded virtual concert," Alford confided.

"Rather, I want to live in the moment on stage and share with the audience what I love by singing what will inspire in the moment." 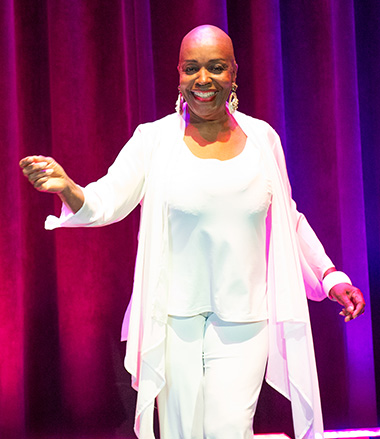 Alford's latest CD features her self-written songs that have titles fit for coping with life during the pandemic, such as her power ballad "I'll Never Give Up" as well as "Beautiful Black Girl," "Oh, How I Dream," and "You're A Winner" among other songs.

"I have been blessed with the ability to sing and write songs that are relevant and move and inspire adults and children alike."

Born in Baltimore, Alford as a child to loved the music of gospel and jazz, notably inspired by jazz singers Aretha Franklin and Ella Fitzgerald. She performed as a teen singing in churches and continued her studies in music in South Florida at both Nova Southeastern University and the University Of Music Frost School of Music.

Upon graduation, Alford earned recognition not only in music, but in teaching as well. From 1970-2015, she earned acclaim though her work with students as an elementary school teacher both in her native Baltimore as well as with Miami-Dade County Public Schools.

"I always used music in the classroom to inspire children. I was not a music teacher in schools, but rather used music as a way of having children learning how to read, write and do arithmetic. After all the years teaching, I honestly can say that I love both my careers and have been blessed to inspire both adults and children though music." 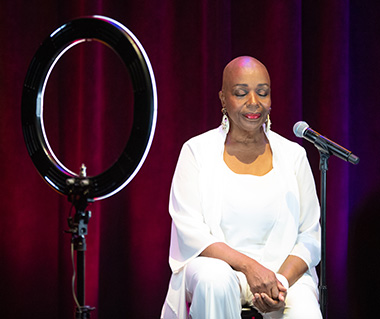 Alford's skills as a gospel/jazz vocalist have been so acclaimed by musicians that jazz legend Lionel Hampton hand-picked Alford to sing for his 90th birthday celebration at the Lionel Hampton Jazz Festival in Idaho.

Alford has performed throughout the world, but treasures her many South Florida concerts, such as the Sunny Isles Jazz Festivals in 2019 and 2020 singing with her trio, as well as performing with students in concert at Cutler Bay Middle Schools among other schools in South Miami-Dade County.

In honor of Martin Luther King Day in 2029, Alford created and performed a jazz extravaganza with the Miami Jazz Cooperative of Musicians.

She last performed at the Fantasy Theatre Factory on Mother's Day in 2020 singing a tribute to Aretha Franklin to mark the occasion.

"It was especially uplifting to have performed at the Fantasy Theatre Factory and I am happy that the upcoming performance will help families in need," said Alford.

A portion of the funds from the April 24 concert will benefit the Homestead Soup Kitchen and Feeding America.