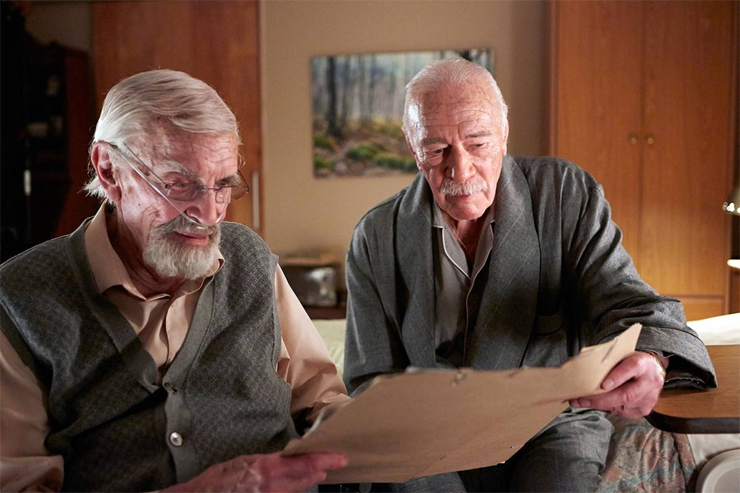 My palms are sweating. Keep it together, Rosario. You're about to introduce a darn good movie to an appreciative, and quite vocal, crowd. Boy, are they feisty. That lady of a certain age just threatened to walk out after she realized where she had to sit. Not helping. OK, deep breaths. There's Igor, presenting me to the audience, but in reality he's lining me up like a lamb being taken to the slaughterhouse. They're looking at me. Why are they looking at me like that?

There's the mic. Wait, it's my turn already? Eeek! Don't let them see you panic. You've got this. One foot in front of the other. âGooooooood evening, ladies and gentlemen, and welcome to the second screening of Gett: The Trial of Viviane Amsalem as part of the 2015 Miami Jewish Film Festival.â

I did it! Nothing to it. Now what do I say next?

Twelve months have passed since I presented a movie about a drawn-out Jewish divorce to people who knew more about the subject than I did. (Yes, I made it out in one piece.) During that time, festival director Igor Shteyrenberg was hard at work upping the ante for a 2016 lineup that makes the leaps and bounds he's accomplished since he took over the event three years ago look like a mini-showcase. 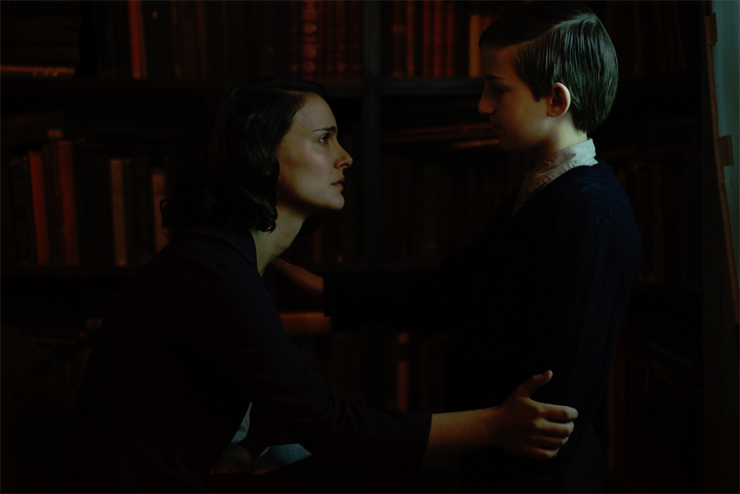 A Tale of Love and Darkness: (from Left): Natalie Portman, Ian Gavan.

And, from the looks of the selections that made the final cut this year, it looks like Shteyrenberg may have actually pulled off the daunting task. The roster for the 19th Miami Jewish Film Festival, beginning Thursday, Jan. 14 and running through Jan. 28 at various venues across Miami-Dade County, comes across as ambitious yet focused. It covers a wide variety of topics without feeling unmanageable. Shyterenberg caters to his community without being afraid of thinking outside the box.

The hardworking programmer tells me via e-mail that sparking his audience's imagination while perhaps showing them something new is important to what he stands for in his line of work. âThis year's lineup represents the tremendous breadth and depth of Jewish cinema in the world. The films introduce us to unforgettable characters full of emotion, inspiration and wonder,â saysÂ Shyterenberg.Â

There's also plenty of A-list talent on display. MJFF kicks off Thursday with the local premiere of Remember, a thriller by Canadian auteur Atom Egoyan (The Sweet Hereafter, Ararat) starring Oscar winners Christopher Plummer and Martin Landau, about the search for present-day search for a Nazi commander responsible for the deaths of their characters' families in Auschwitz. The festival also landed the the U.S. premiere of A Tale of Love and Darkness, the directorial debut of Natalie Portman, who also stars as the wife of renowned author Amos Oz. Showings for both of these films are rush-line-only at this time. 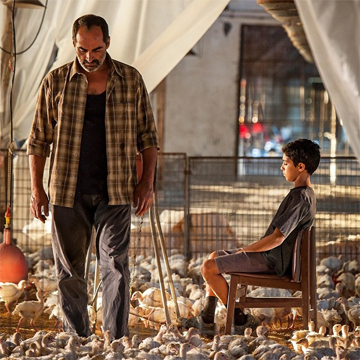 It's clear from his responses, though, that Shyterenberg, who traveled to Jerusalem for the first time last year, would rather discuss some of the other films showing during the two-week celebration of celluloid, in particular those that are part of what is being referred to as the Israeli new wave. âWhat makes this year's selection all the more particular is that it illustrates the vitality of Israeli film culture and the strength of emerging talent,â he says. âOur dedicated Spotlight on Israeli Cinema is designed to renew and reinvigorate the audience's engagement with not only the potential for Jewish cinema, but also the moving image art form.â

Two features in particular, Baba Joon and Tikkun, are riding a wave of international acclaim. In the former, Israel's official entry for this year's Academy Award for foreign language film, the son of Iranian farmers living in Israel takes on his headstrong dad in what promises to be an intense look at the generational divide in the Middle East in the form of a coming-of-age story. In the latter, a Yeshiva student's faith is tested after he is resuscitated following a slip in the shower. The widescreen black and white photography in this surreal tale looks absolutely gorgeous.

Perhaps the most striking example of willingness to challenge his audience is his decision to show Villa Touma, which depicts how the lives of three unmarried Christian sisters living in Ramallah are rocked from their rigid adherence to tradition after their orphan niece comes to live with them. Many of MJFF's regulars might be wondering why a story about a Christian household in Palestine was selected to screen, but Rabbi Efrat Zohar, Interim Executive Director of the Center for Advancement of Jewish Education in Miami, sees parallels between the persecution Israelis have experienced and the obstacles Villa Touma's characters face.

âAs a minority, they feel torn between their religion and their nationalism, as Jews have felt torn among the societies in which they've lived. Due to these pressures and increasing Islamic fundamentalism, Christians over the last 100 years have been fleeing the Middle East, and this is a theme in the movie, as the protagonists find it hard to find suitable husbands since so many have emigrated,â says Zohar. 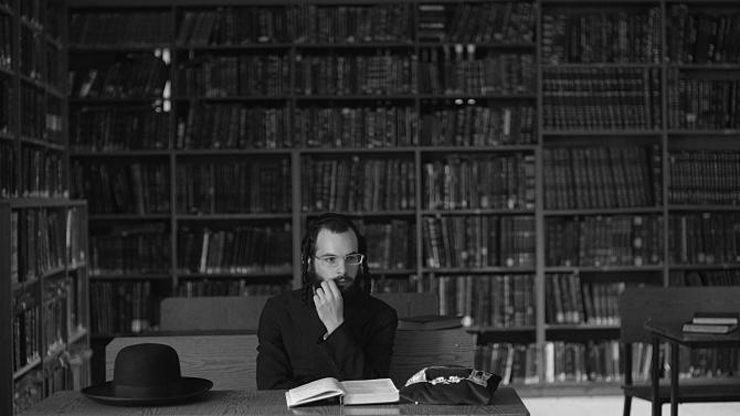 Sounds mouthwatering, and Sherman is scheduled to attend to introduce his film. (Among the other guests gracing MJFF with their presence is Ben August, the screenwriter of Remember.)

Going over the 2016 guest list is almost as much fun as watching Shyterenberg land titles that would not look out of place as part of, say, the Miami International Film Festival, which takes place a mere six weeks after MJFF wraps up. Shyterenberg, however, insists there's enough space in this city for both events to coexist in such close proximity, even when they might be chasing after some of the same titles. âWe don't feel there is any such overlap between our festival or any other arts organization in the Miami community,â he says. âWe maintain a clear and very dedicated vision to serving all Miami film lovers.â 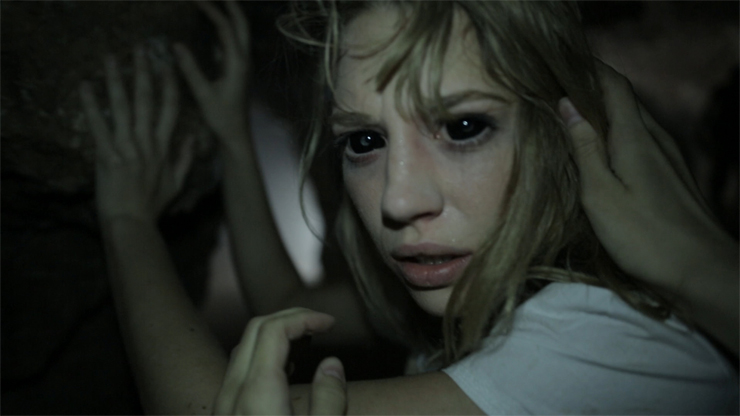 And when he says âall Miami film lovers,â he really means it. Shyterenberg has also been championing genre fare coming out of Israel, like last year's drive-in screening of the Israeli zombie feature Another World and the upcoming showing of the demonic possession yarn JeruZalem on Jan. 19. âWe are the Festival that stands behind the kinds of films that get made against all odds and to moviemaking that resists any form of interference,â he says. âWhether they're producing the next apocalyptic horror film or beloved dance musical, we look forward to celebrating the artist's original vision and letting it shine.â

In fact, Shteyrenberg teamed up with local movie critic Marc Ferman to launch Popcorn Frights, a horror film festival, last fall. When asked how he's able to juggle both events, he assures me it's all under control. âPopcorn Frights is a passion project I lead as a volunteer to help fulfill an obvious need in our film community,â he says. âI have no complaints, one way or another, about my workload. I love film, and helping inspire this feeling in others never feels like work.â

He's serving a community that has no trouble making itself heard when there's something that they deem lacking. Shteyrenberg hopes he's able to please even the most demanding of festivalgoers. âI feel we have the most inquisitive audience members who are never satisfied with the existing state of things, so we are always looking to improve the experience of our members, as well as the film community at large,â he says. 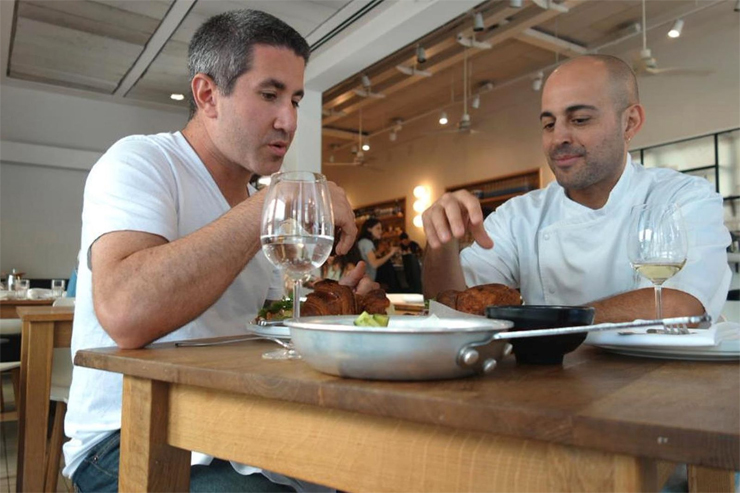 For more information about tickets and showtimes, as well as a peek at the festival trailer, log on to www.miamijewishfilmfestival.net/mjff/.