Miami Hispanic Cultural Arts Center Is Beauty Inside and Out 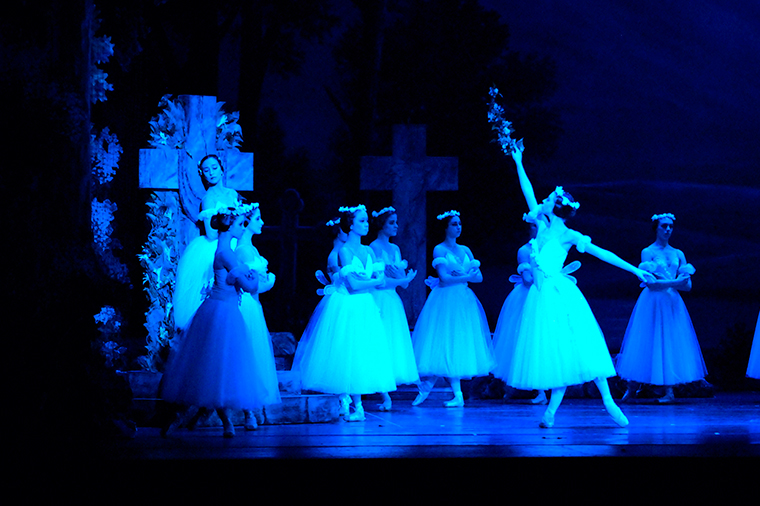 It's unusual to find a cultural arts center located in a large white house and listed on the National Register of Historic Places, but that is exactly the case with the Miami Hispanic Cultural Arts Center (MHCAC). Inaugurated in 2012, MHCAC offers a rich array of artistic disciplines. The Neo-classical building was designed for J. W. Warner and was completed in 1912. Its beauty is evident in its huge columns and Palladian window.

Warner was the founder of South Florida's first floral company and the family owned the house for 66 years. Today, the Warner House serves the community as a landmark for culture as well as for its historic value. MHCAC has restored the house to its original state and has made it into a mecca for the arts. On any day throughout the month there are dance, music, poetry readings and many other artistic endeavors occurring in, among other areas two dance studios. There is also a permanent art collection.

Eriberto Jimenez is the General Director of the center and is involved in every aspect of its operation. He has been a part of the organization for thirty years. He spoke with me about the wide variety of artistic activities which occur at the center.

We also spoke of the Cuban Classical Ballet of Miami (CCBM) upcoming gala performance on Saturday, June 8 at Miami Dade County Auditorium, to benefit the center. The program includes "Giselle "(second act), "La Bayadere" (pas de deux), plus two new works: "Bolero Suite" which is about a musical genre known for its lyrical allusions to life, love, tragedy and passion; and "Yerma" based on the play by the Spanish dramatist Federico Garcia Lorca. Lorca described the play as a "tragic poem." Yerma is performed to live music and each of the new works are set to Latin composers. The performance features principal dancers Arionel Vargas and Marize Fumero, guest soloists and CCBM corps de ballet members.

The gala will also recognize the artistic achievements and contributions of two pioneers of dance in Miami: Sonia Diaz and Martha del Pino, founders of Ballet Concerto School and Company. They are visionaries in dance who brought to Miami giants in the ballet world. This included Nureyev, Makarova, Carla Fracci, Cynthia Gregory and Fernando Bujones, to name a few. 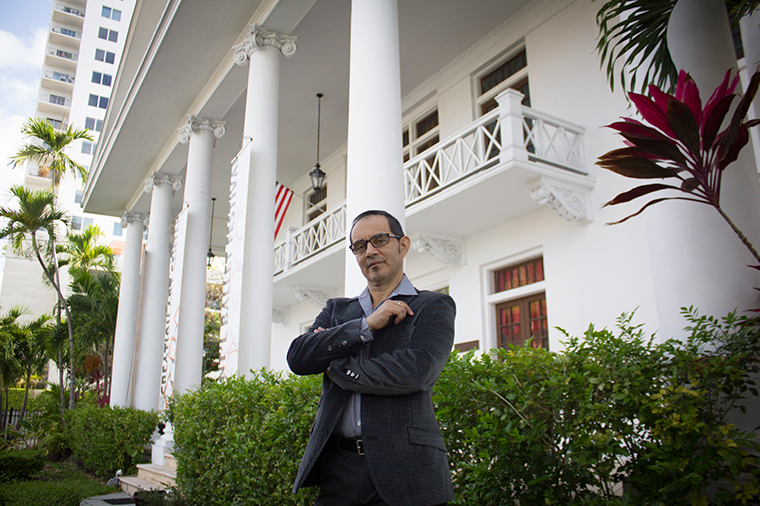 Eriberto Jimenez is the General Director of the Miami Hispanic Cultural Arts Center.

MHCAC has a rich history itself and is composed of several arts organization all founded by the late Pedro Pablo Pena who came to Miami from Cuba in 1980. In 1983 he established Creation Art Center, a non- profit organization dedicated to preserve and promote Hispanic Culture in Miami Dade. Creation Art Center was part of the growing art scene in Miami at the time, which included the establishment of New World School of the Arts as well as Miami City Ballet.

In 1993, the Miami Hispanic Ballet was founded to identify and promote professional artists in dance. This company was followed by the Cuban Classical Ballet of Miami (CCBM) and the Cuban Classical Ballet of Miami School (CCBM School). The school preserves the Cuban Ballet Method, which emphasizes dancing with the entire body, promoting harmonious movement among the arms, legs, and torso. 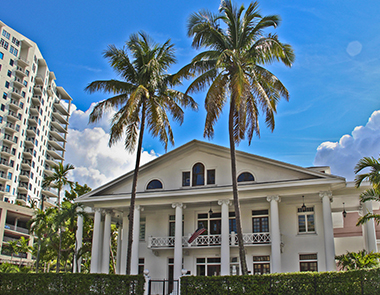 Pena also established the highly esteemed Annual International Ballet Festival of Miami which brings together artists from some of the best companies in the world. Held in July and August, it draws attention to Miami's dance scene and has been invaluable in highlighting not only the visiting companies but also local companies. The festival has received rave reviews from the media, both national and international. This year will mark the 24th edition of the festival which runs from July 27 through Aug. 18.

The center has events going on throughout the year. There are art exhibits, poetry readings, concerts, film series in Spanish, plus interviews with distinguished guests on the third Friday of every month. It is no wonder that the center is often called "The White House of the Arts."