Rally Around Causes for Books 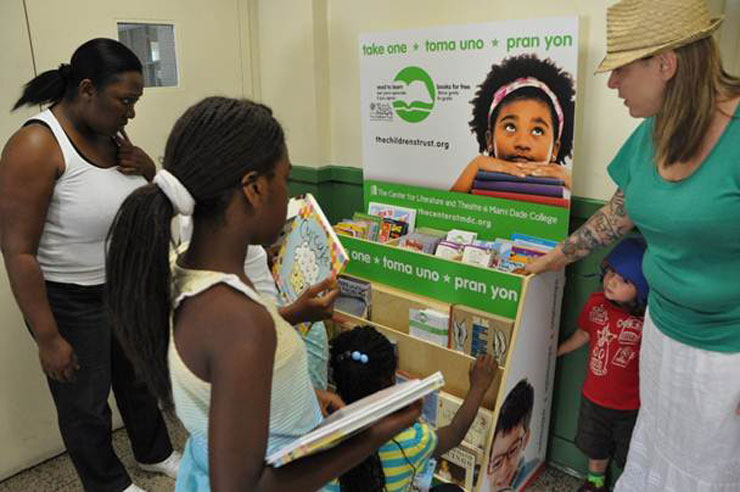 Some say Miami is not a literary city, notorious for the bikini-clad perfection of its sun-blazed, superficial residents-too busy basking on the sand to pursue any deep, intellectual endeavors. Even the local government, faced with a budget crisis, has opted to remove funding for the public library system, assuming those institutions are insignificant and disposable to Miamians. But, a few good people in the arts community are proving these assumptions wrong, showing that reading, knowledge, and literacy are important to the residents of the sunny Magic City.

The Knight Foundation is a strong advocate for the arts and literacy in Miami. It recently conducted a survey along with the Chamber of Commerce to assess the communityâs opinion of its public libraries. From June 27 to July 7, 2014, over 5,000 registered voters were interviewed. When asked if they had a favorable opinion of the Miami-Dade County Library system, about 80 percent answered yes. Moreover, 67 percent of those interviewed do not want reduce library services in the county, preferring to increase the library portion of property tax or make budget cuts from other country services without raising the tax. 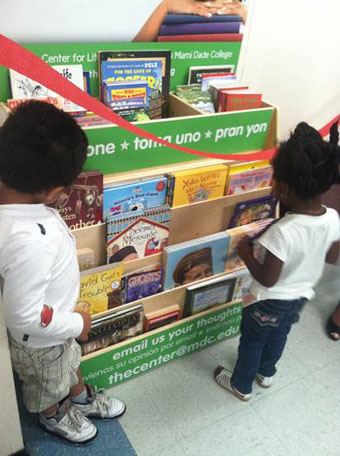 According to these statistics and the success of recent ventures like Read to Learn Books for Free and the Bookleggers Mobile Library, itâs clear that the access of free public reading spaces and books is important to this community.

Meanwhile, a $64 million budget recommended by the Library Advisory Board and the Coalition to Save our Libraries was rejected by the Miami-Dade County Commission on July 15, 2014. An advocacy website,Â www.savemdpls.org, also asks citizens to tell their story about how the library has made a difference in peopleâs lives at www.savemdpls.org/tell-us-your-story.

"Our job is far from over. County commissioners can still lower the library tax rate in September, so we must redouble our efforts to hold the line against reductions and layoffs and continue to build upon what has been accomplished so far by our citizens and library patrons," said John Quick, president of Friends of the Miami-Dade Public Library. "Thanks to the publicâs tremendous outpouring of support in July, County Commissioners set a preliminary tax rate for libraries that represents only a slight increase, and turns the clock back on four years of consecutive cuts that nearly crippled the library system." 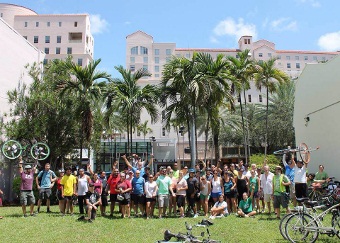 On Saturday, Aug. 9, a group of cyclists from Emerge will bike ride as part of its Emerge Miami Love the Libraries Ride. The group will meet at 10 a.m. at Dadeland South Metrorail Station to celebrate the new school year and the latest County budget by riding to show its love for the libraries. The bike ride will go through through Pinecrest, Palmetto Bay, and Coral Reef as the group visits two library branches and meet with staff.

The ride also welcomes candidates for County Commission, including Daniella Levine Cava, to discuss county issues and the future of bicyclists and libraries in South Florida.

Another literary champion in the city, the Center for Literature and Theater of Miami Dade College, has joined forces with The Childrenâs Trust. The two organizations are embarking on the second year of distributing free books to needy children through the program Read to Learn Books for Free.

Since April 2013, the Read to Learn Books for Free program has delivered over 120,000 books to kids in the underserved communities with the support of corporate sponsors. The initiative has strategically placed new and gently used age-appropriate books in highly visited locations such as the Childrenâs Courthouse, the Juvenile Detention Center, government agencies, low-income housing sites, and health clinics.

âReading is a fundamental tool for a childâs future growth, imagination, creativity, and self-empowerment,â says Delia Lopez, Director of Operations at The Center for Literature and Theater at Miami Dade College. âSince launching the Read to Learn Books for Free initiative a year ago, we have been overwhelmed by the communityâs generosity and support for Miami-Dadeâs underserved youth.â Now, to continue serving the community, the Read to Learn Books for Free program is asking for support through its virtual book drive. 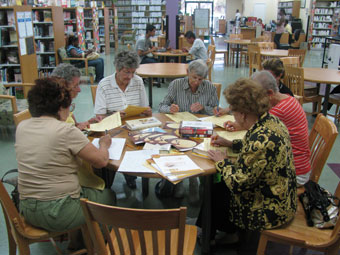 Itâs an interesting concept. Go to the virtual site and "purchase" the book of your choice. The book then is bought on your behalf and put into the The Center for Literature and Theaterâs Read to Learn program. http://www.thecenteratmdc.org.

Another local enterprise that is adding to the growth of the literary community is the Bookleggers Mobile Library.

Orchestrated by local writer Nathaniel Sandler, the two-year-old mobile library pops up at galleries, bars, museums, schools and other public spaces for events and parties, often offering food and drinks from local establishments along with free literature. 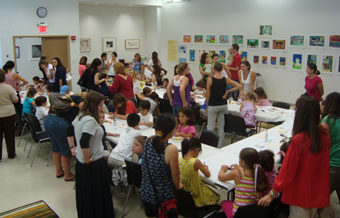 At the Bookleggers festivities, everyone in attendance may take home a free book, bring one to trade, or purchase additional books for $2, while mingling and having a drink. The idea is to socialize with other book lovers, striking up conversation about selections between shelves, enjoying the ambiance only books can inspire.

And, Bookleggers carries literature of all different genres, subjects and themes. I recently found an Anne Rice novel, a Wayne Dyer self-help book, and various fine art books including one about Dali at the latest installment of the Bookleggers series.

Sandler and friends just celebrated Bookleggers Two Year Anniversary! Plus Artistsâ Flea Market at the Downtown Art Space last weekend. At the event co-hosted by the Magic City Bazaar a series of local artists and vendors came out to the warehouse space and set-up vintage shops. Gramps provided beverages and DJs spun tunes. Be sure to make it out to the next event and explore the fun of finding a treasure in their piled-up book-stacks.

For key dates on upcoming public meetings that will decide the future of MDCPLS visitÂ www.savemdpls.org.

You can find out more about Bookleggers and upcoming events at http://nathanielsandler.tumblr.com/bookleggers