Tribute At The National Hotel Coincides with Paris Honor 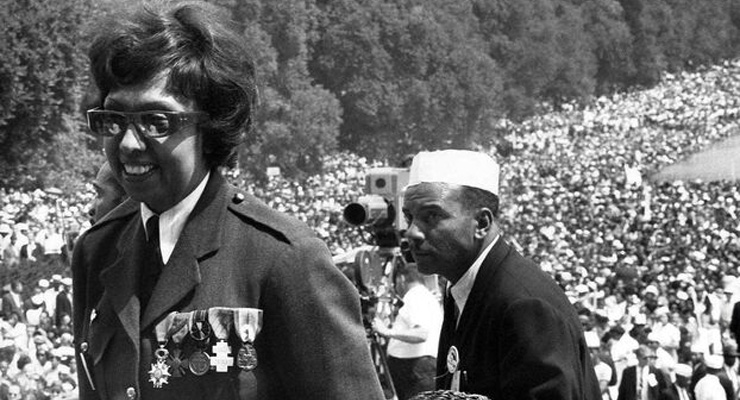 When the start of World War II ended Josephine Baker's performing career, she joined the French Resistance, becoming a pilot for the French Forces Libres in Morocco. (Photo courtesy of the Consulate General of France in Miami.)

Performing in her signature banana belt skirt (and not much else), or walking her pet cheetah down the streets of Paris, Josephine Baker might not appeared to have the makings of a World War II hero or a civil rights icon.

Yet in 1951, Baker made history in Miami Beach when she became the first known entertainer to perform in front of an integrated audience. 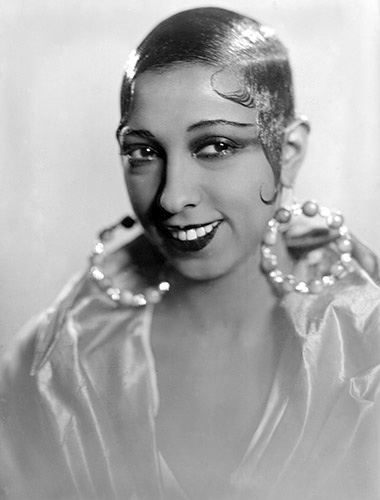 Josephine Baker. (Photo courtesy of the Consulate General of France in Miami.)

While this was by no means the first time Baker had taken a stand against injustice, her facing down segregation cemented her connection with Miami Beach, which will be celebrated on Sunday, Nov. 28 in a public event at the National Hotel.

The event, which brings together art, music and dance, is timed to coincide with the interment of Bakerâs remains in the PanthÃ©on in Paris on Nov. 30, as she receives Franceâs highest honor, says Laurent Gallissot, General Consul of France in Miami.

âJosephine Baker was incredibly strong in her conviction to not let hate dim her light and to carry on uplifting humanity. She contributed directly to write several chapters of the history of our two nations, France and the USA, as a champion of civil rights and a fearless member of the French Resistance,â he says.

The consulate has also made up lapel pins of Baker, which read, âTribute to a Rule Breaker,â in homage to Bakerâs life, which demonstrated that the St. Louis-born chanteuse spent her life shattering expectations wherever she encountered them.

Born in 1906 to a working-class family, Baker started out as a young street performer, then joined vaudeville, performing with Ethel Waters, when she was offered the opportunity to sail to Paris in 1925. Once there, she both enraptured the city, creating a sensation at the Follies BergÃ©re, performing in outfits fashioned from a few only a few feathers, or the banana-belt skirt that became her trademark.

âThe French people needed something new. It was the Roaring Twenties, and people wanted to forget about World War I, the long and brutal war that had cost us almost a generation,â says Nathalie Cluzet-Bertot, the consulateâs head of public affairs and press attachÃ©. 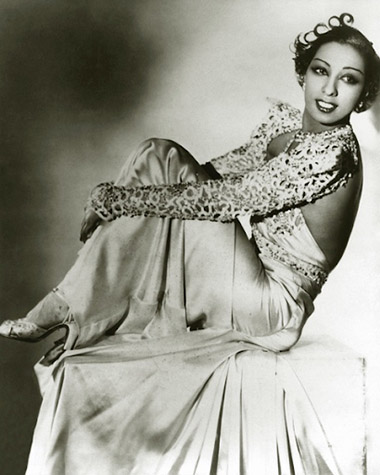 Ernest Hemingway called her "the most sensational woman anyone ever saw." (Photo courtesy of the Consulate General of France in Miami.)

Carving out a career, Baker appeared in several films, as well as conducting a personal life that, story holds, resulted in more than 1,000 marriage proposals, multiple husbands, traveling through Paris with a cheetah, and captivating the famous, including Pablo Picasso and Ernest Hemingway, who called her âthe most sensational woman anyone ever saw.â

When the start of World War II ended Bakerâs performing career, she joined the French Resistance, becoming a pilot for the French Forces Libres in Morocco, and passing concealed information to the Allies in her musical scores, among other acts of bravery. At the warâs end, she was awarded the Legion of Honor and the MÃ©daille de la Resistance.

Faced with discrimination in the United States, Baker renounced her American citizenship in 1937, and adopted France as her country, but she remained a fighter for civil rights here, both nationally (decked out in her French Forces uniform, she spoke just Rev. Martin Luther King Jr.âs âI have a Dreamâ speech in Washington, D.C.) and in her performing life, an example which played out in the then-segregated Miami Beach of the 1950s. 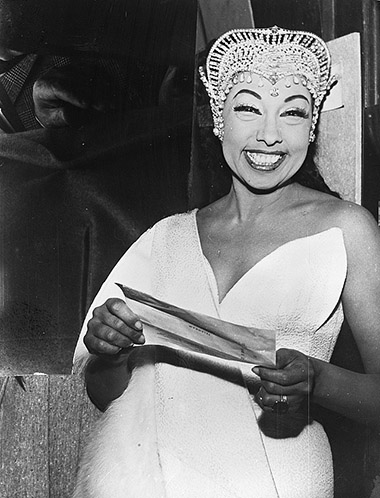 In 1951, Baker made history in Miami Beach when she became the first known entertainer to perform in front of an integrated audience. (Photo courtesy of the Consulate General of France in Miami.)

In 1951, the Copa City Club booked Baker for a major appearance, but she refused to sign contracts with venues that were segregated, even turning down a $10,000-a-week deal. She persisted, and Baker triumphed, performing before the first integrated audiences in the U.S.

That Baker should be celebrated at the National Hotel, one of Miami Beachâs premier Art Deco boutique hotels, is very fitting, notes Gallissot. âHer boldness and sense of glamour resonated with the new Art Deco movement with its equally revolutionary architecture,â the materials note.

The celebration, which will be one of art, music, and dance, will feature the inaugural performance of the JosÃ©phine Jazz Sextet, a new group assembled by David Attelan, a frequent pianist at the National, as well as an award-winning composer and music producer, who is and the eventâs musical director.

The sextet will be performing several of Bakerâs signature songs, which Attelan has rearranged to lend a jazzy and modern touch, he says.âJosephine Bakerâs repertoire is timeless, and, through new arrangements, I wanted to reveal them in a new way,â he says.

The sextet is comprised of the following performers: West Palm Beach singer Bianca Rosarrio; bassist Agustin Conti, who has performed and recorded with many famous artists including Gloria Gaynor, Arturo Sandoval and Tony Succar, among many others; drummer Donnell Mc Cant, who has performed in over 2,000 shows; trumpeter Francisco Dimos, who has toured with Natalie Cole, Gloria Estefan, Damian Marley and many others, and currently tours with KC and the Sunshine Band, and violinist Monty Bloom, who founded Electrostrings, which mixes classical and rock music, and who regularly performs in television shows on MTV, CBS, Univision and Telemundo. 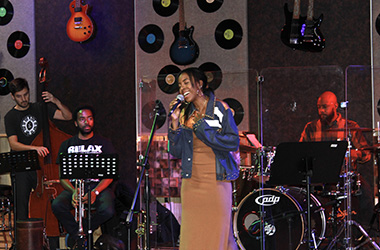 Singer Bianca Rossario will perform the songs of Josephine Bakeron Saturday, Nov. 28 at the National Hotel. (Photos by Nathalie Cluezet-Bertot)

There will also be a dance tribute to Bakerâs legacy, featuring performers George Gentry and Scarlett G. Quinto.Â Gentry, who is a dancer, choreographer, artistic director, professor and founder of art schools, works with the Peter London Global Dance Company, and also teaches at the New World School for the Arts.

Quinto, who, like Gentry, is a graduate of the New World School for the Arts, is part of the 2021 Miami Dance Makers Initiative, a Miami-based non-profit dance theater company committed to the advancement of female dance artists.

Paul Thomas, a healthcare worker, activist, and chairman of the cityâs LGBTQ Advisory Committee, will serve as the master of ceremonies. Says Thomas, "Josephine Baker came to Miami Beach for all of us, and we still need her example."