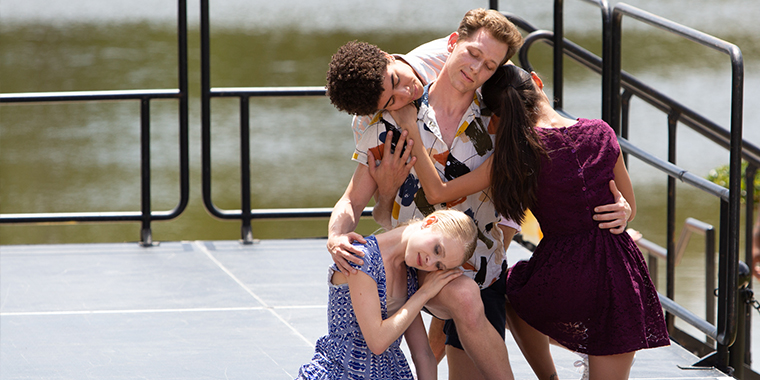 To Ukraine, With Love Benefit performance by Miami City Ballet is Tuesday, May 31 at 8 p.m. at the Lynn and Louis Wolfson 11 Theater, Miami Beach. (Photo by Alexander Iziliaev)

Miami City Ballet dancers are collaborating to create a benefit performance to help the people in Ukraine during this time of crisis.

To Ukraine, With LoveÂ Benefit Performance is set Tuesday, May 31, 2022, 8 p.m. at the Miami City Ballet's headquarters in its Lynn and Louis Wolfson II Theatre,

All proceeds from the Ukraine benefit performance will be disbursed between two charities, Voices of Children and World Central Kitchen.

Voices of Children Foundation is a Ukraine-based nonprofit organization that has been helping children affected by war since 2015. The foundation provides psychological and psychosocial support to children.

It is part of its a pop-up series that also featured a program at Miami Beach Botanical Garden on May 19, âTo Florida, With Love.âÂ

âTo Florida, With Love" consisted of works choreographed by dancers from MCB. The reversal of roles, from dancer to choreographer, showcased the creative talent of each dancer/choreographer as each explore various themes. Some deal with social and personal issues.Â

Julian Goodwin-Ferris' piece: âAlienating Assimilationâ examined what it meant to belong to a country, nation and culture. Goodwin-Ferris comes from a family of musicians and studied both music and ballet at Indiana University. His approach to choreography is to look at the score first and imagine the dancerâs movements. âAlienating Assimilationâ is set to music by BÃ©la Bartok and J. S. Bach with costume design by MCB Principal Ashley Knox. 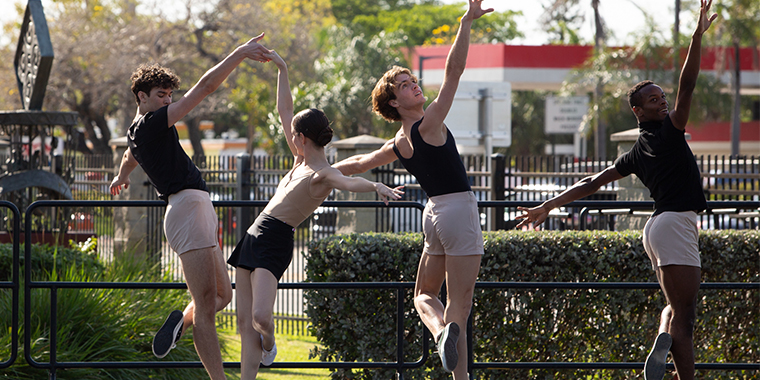 âTo Ukraine, With Loveâ pop-up performance by Miami City Ballet is free, but reservations are encouraged. (Photo by Alexander Iziliaev)

Luiz Silva, coming up on his seventh season with MCB, has traveled across the country, sometimes camping out and being with nature. His piece âIn Perpetuity,â with music by Franz Schubert, had its inception in New York by a lake which was âquiet and calm.â Silva says he envisioned two people dancing in perpetuity. He adds that his work is âalso reflective of my journey of finding my voice as a Black male dancer in the world.â

Also on the program were two works by Ariel Rose whose pieces deal with subject matters which has cast long shadows over certain communities throughout history. âRomÃ¢niaâ was a piece which deals with the antisemitism towards Jewish people in Romania throughout the Middle Ages. In âMeiyo No Tame,â Rose paid tribute to Nakano Takeko, a great womenâs right leader in pre-modern Japan. 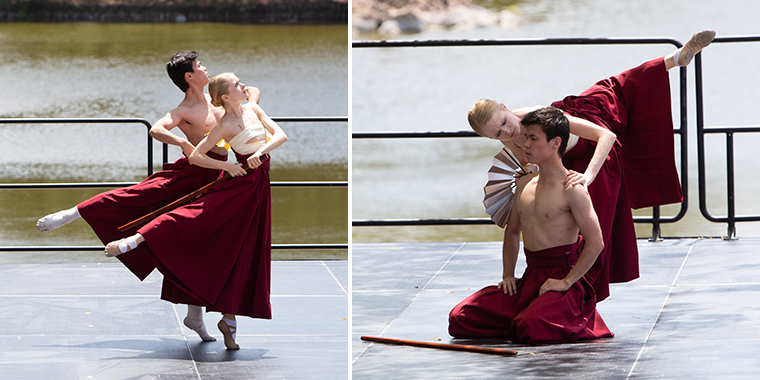 Petra Love and Steven Loch presented pieces. Love's âNew Loveâ was a satirical look at the competitive world of ballet. Loch premiered âUn Baile Para Cinco.â He said âthis being my first season with Miami City Ballet, I wanted to create a piece that highlighted the companyâs talent.â

As MCB closes out its season, it is doing so with performances which support communities, near and far.