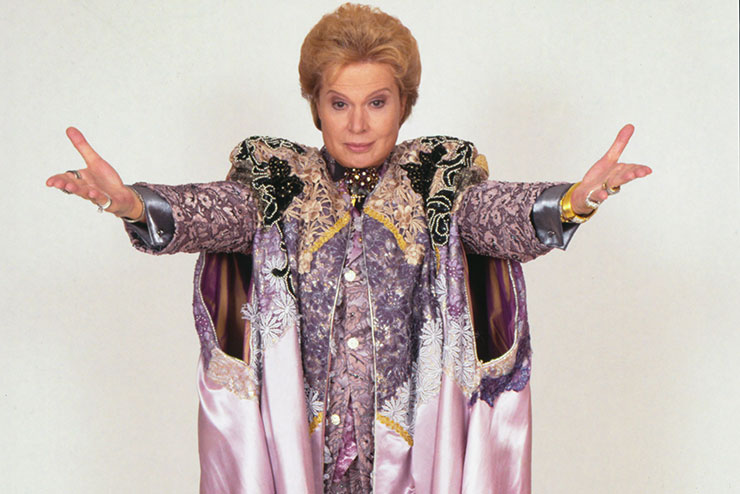 He was omnipresent. His aura of mystery became part of our daily routine, to the point that we may have taken him for granted. And yet we depended on his input. Whether his jeweled hand reached out to us through our TV sets or we sought out his advice on the pages of El Nuevo DÃ­a, Walter Mercado was there, and he always knew what to say to keep the dark clouds at bay, whether you believed in astrology or not.

We didn't know it at the time, but those of us who grew up in Puerto Rico during the 1970s and '80s had a front-row seat to Walter in his prime. (Always Walter, never Mr. Mercado.) To this closeted boy, his show provided, not only a safe space where you felt free to be yourself, but a glimpse into a more enlightened future. But it wasn't just certain demographics who were tuning in everybody was â something that those who discovered him in the States perhaps never fully quite grasped. It wasn't just the abuelitas and tÃ­as who were watching. 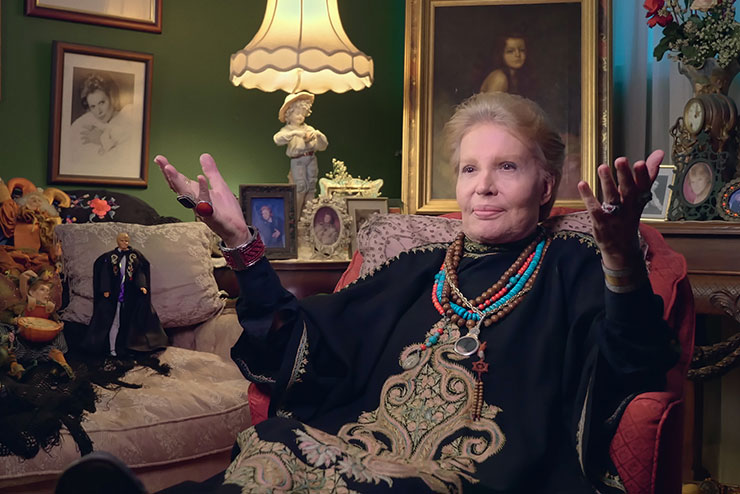 To distill Walter's universal appeal in non-fiction form entails walking a fine line between kitsch and journalistic rigor. It also would benefit from diving headfirst into his unique approach to religion and spirituality. To ride the wave of his enigmatic allure.

So let's begin with the bad news about âMucho Mucho Amor: The Legend of Walter Mercado.â It's not the visionary, game-changing portrait of the gender nonconforming stargazer that it could have been, mostly because it keeps its subject's delirious showmanship and worldview at arm's length. It doesn't quite manage to take viewers inside the mind of this icon who built bridges by his ability to find the aspects that world religions share rather than pointing out the differences. Such a movie would have been able to take you over the rainbow to Walter's personal Oz, a place where astrology rubbed shoulders with Christianity, Buddhism, Hinduism and even santerÃ­a. Alas, our feet stay firmly planted on the ground.

There's no need to despair, though, because the film we do end up with is pretty darn special in its own way. A collaboration between documentarians Cristina Costantini (âScience Fairâ) and Miami's own Kareem Tabsch (âDolphin Lover,â âThe Last Resortâ), âMucho Mucho Amorâ is a fawning fan letter on a quest for truth, a touching valentine elevated by an inquisitive ethos. It pulls off an affectionate deconstruction. 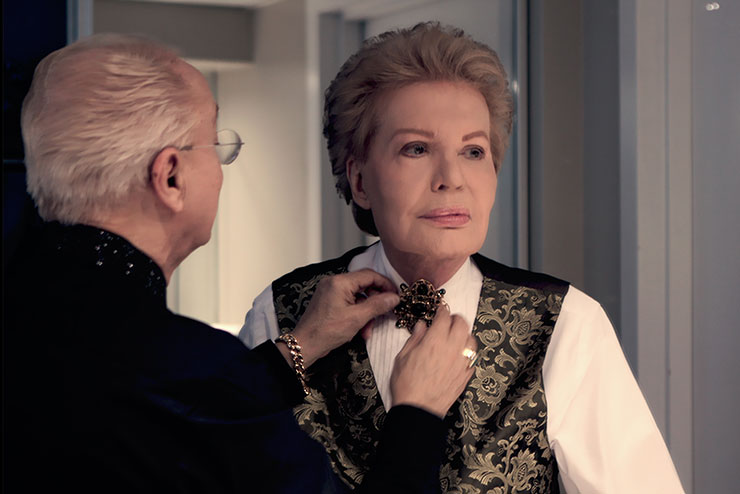 Sure, the same reliance on talking heads and archival footage that kept âThe Last Resortâ earthbound is on ample display here, at least initially. Costantini and Tabsch can't wait to tell you what, for example, Walter meant to Latinx celebs like Lin-Manuel Miranda, Eugenio Derbez and Nydia Caro. We hear from those who knew him best, like longtime personal assistant Willie Acosta and his outspoken, protective nieces. But the filmmakers pair those interviews with intimate vÃ©ritÃ© footage of Walter himself. They also allow him to tell the story of his life, from humble beginnings to his rise to stardom, in his own words, and that first-person account makes all the difference.

Some fans might be disappointed that Costantini and Tabsch don't dwell long on the many incarnations of Walter's TV horoscopes. There isn't even a mention of his brief late-career stint in Hollywood, when he played himself in the 2003 rom-com âChasing Papi,â opposite Roselyn Sanchez, SofÃ­a Vergara and Eduardo VerÃ¡stegui. What they focus on instead, however, is golden: a peek inside Walter's home in Puerto Rico, which becomes a jumping-off point for an engaging discussion on Walter as a queer symbol and as an ambassador of Latino culture to the rest of the world.

Perhaps most insightful, aside from Walter, are LGBTQ activist Karlo Karlo and self-described âwitchâ Mireya Lucio, who eloquently place the astrologer's androgyny and queerness in the context of a society that was virulently homophobic at the time of his peak. As Lucio succinctly puts it, âHe was embraced and othered at the same time.â Because he didn't officially come out, Karlo argues, he was able to become a bigger influence in terms of queer visibility than if he had been more forthcoming about his personal life. 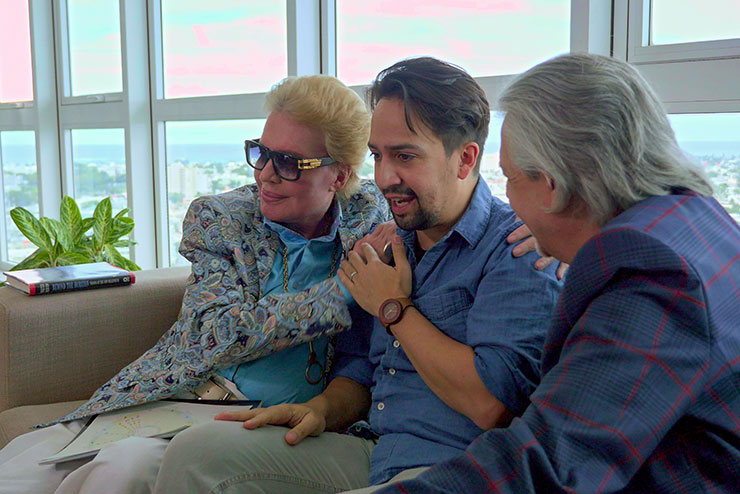 But âMucho Mucho Amorâ is not just about the highlights of Walter's life or his cultural footprint, though its lengthy depiction of his legal troubles, revolving around the contract he signed with longtime manager Guillermo âBillâ Bakula in the mid-1990s, momentarily threatens to take over the film. Costantini and Tabsch's attention to small detail offsets the âbig pictureâ moments. The film is most at home inside Walter's home, where we're free to roam through memorabilia, old VHS tapes and, best of all, those gorgeous, extravagant capes. That's as far as it goes in terms of access. Valiant attempts to get some juice on his sex life or nips and tucks are met with monosyllabic replies and a knowing smile.

What emerges, then, is an affecting portrait of a star in decline, one who's still very much conscious of his image, although this concern for the brand is coupled with a humility that, astonishingly, does the opposite of making it all about himself. It never quite comes across as showbiz vanity. To put it another way, the film takes a peek behind the curtain to find this wizard is every bit as spiritual as he presented himself to the media. The lush spectacle of his TV shows is gone, the sweeping hand gestures and dramatic postures replaced by a frail walk and a reluctance to talk about what happens after we leave this earthly plane. To their credit, Costantini and Tabsch never let us lose sight that Walter was conspicuously aware that the end was near. (He passed on on Nov. 2, 2019.) 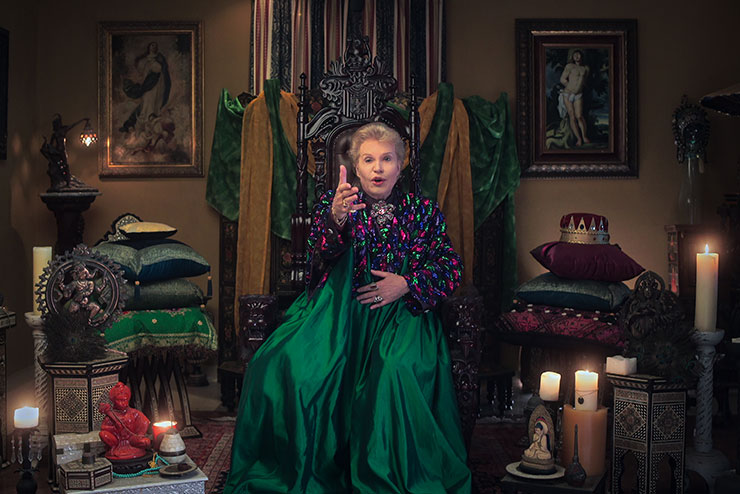 They've made a film about aging and mortality that is nevertheless full of life. Its loopy flourishes are enhanced by Alexa Lim Haas' animated sequences, which feel like tarot cards in motion and are so good that you want to see more of them. Suffused with tenderness and a refusal to vilify anyone (even Bakula), the movie shuns negativity, right up until its climactic celebration, at the 2019 opening of a Walter Mercado exhibit at HistoryMiami Museum. It's a fitting salute to a pioneer who forged his own path and defied categorization. The documentary about him is a far more conventional affair, but it understands what set him apart: Walter's glow came from deep within. âMucho Mucho Amorâ captures that light. This Scorsagian liked it. Mucho.

Netflix picked up worldwide rights to the documentary ahead of its Sundance Film Festival premiere at the 2020 festival. Now it is on Netflix for streaming. âMucho Mucho Amor: The Legend of Walter Mercadoâ made its debut on Netflix on July 8.