With the pandemic seemingly far from over, Nicole Henry wasnât sure she could come up with a way to present her annual Winter Concert. 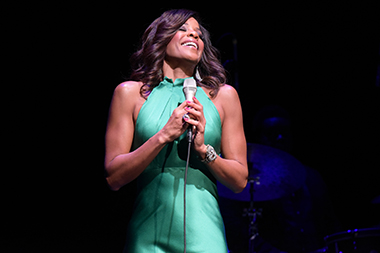 âI did stall for a few months trying to figure out if I should do it, because I didnât want to make it simply an 'at home,' show with just tracks or a piano. I wanted it to make it special,â says the singer.

But seeing performers venturing back on stages without audiences âand using virtual platforms â gave Henry the inspiration to create an evening that she believes will be as special as her seven previous concerts.

Henryâs 8th Annual Winter Concert, which debuts on Saturday, Dec. 19, will feature the versatile vocalist performing selections from jazz, Broadway, and the Great American Songbook, along with classic seasonal favorites, to the accompaniment of a full band.

Henry is a veteran at holding staged events in both large and small venues, but she said she had to face the challenges of staging her winter concert in the midst of COVID-19 precautions. For the safety of the performers and the crew, Henry needed to find an outdoor venue, and she was especially delighted when she secured Pinecrest Gardens, in Pinecrest, with its lush tropical setting.She also had to assemble her band members, and pivot quickly when one member became exposed to a person who had tested positive for the virus. "It was an ever-changing process, and we have had to make adjustments," she notes. 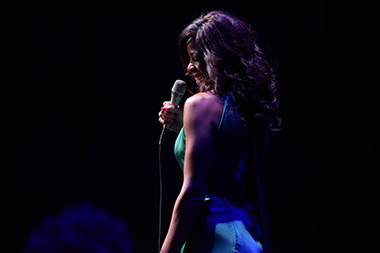 With a gigantic local following in South Florida, Henry honed her craft for years a local night spots but, with the release of her first CDs, Henry's career took off. She's earned rave reviews. In fact, the New York Times called her a "pop soul superwoman."

Just before the pandemic, she was becoming known as a stage actor, too., appearing in a role in the new musical âA Wonderful World.â Miami New Drama's world premiere opened for only one preview at the Colony Theater when the theater was shuttered due to the pandemic.

But the pandemic didnât stop Henry. Starting with balcony concerts, she has since appeared many times, both occasionally in person, but more often virtually. She entertained at the City of Miami Beachâs "Juneteenth" celebration, and at the recent in-person reopening of Unity at the Bay, and she has participated virtually in several events celebrating Black artists as well as discussions on social justice and civil rights.

She continues to raise funds for Miami Music Project, a nonprofit organization that provides free music instruction to students in the Miami-Dade public school system, and which is the beneficiary of her holiday concerts, including this one. 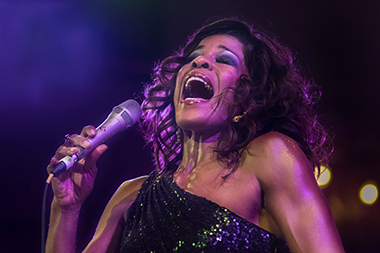 Henry believes that music has become more important than ever in the pandemic, especially for the students,Â  who the Miami Music Project is making sure they still can continuing to participate in music classes, even if they are online instead of in-person. The coronavirus has caused the need for even more instruments, according to Henry, because, due to safety protocols, students can no longer share of instruments. âWe are still getting musical instruments into their hands, and we need money to do this more than everâ she notes.

As with every year, Henry puts a great deal of thought into the show's theme, and this year she chose, "I Sing Because Iâm Happy," specifically because of the pandemic. 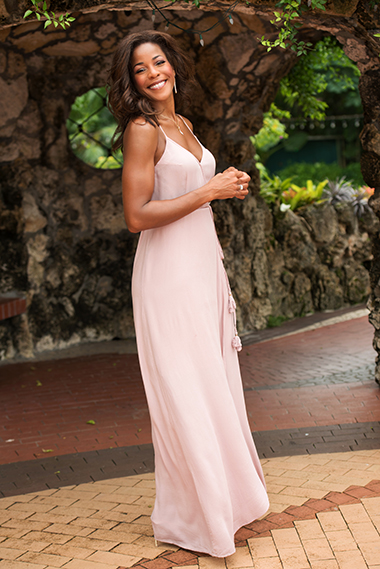 "To me, Christmas and Hanukkah is itâs about the miracle of life; how is a miracle child born? how does a light stay on for eight days? I believe life is miraculous every day? There is so much that is perfect about life and I try to focus on that, not whatâs missing or whatâs wrong, because, in the end, there is so much more that is perfect than is crazy and dark," she says.

She says the pandemic and so much of what has happened in 2020 has brought so many things to light.

"This year, in particular, I have been thinking more and more about our poverty rates, and how the pandemic has accentuated that. So many people are living one or two paychecks away from being homeless and I wonder where they will be in six months if we donât go back to normal, and this frightens me," Henry says.

Her concert and its theme, she hopes, conveys a message.

"I donât sing because I am ignoring these concerns; we are going to have to find ways to treat each other kindly, and take care of each other. Working together to resolve these issues, that is going to have to be the reality. But I sing, because I donât want our concerns to take away from our seeing the miracle of life," she says.

Nicole Henryâs 8th Annual Winter Concert will be streamed virtually on Saturday, Dec. 19 at 8 p.m. from Pinecrest Gardens. General admission is available for $35, and $75 VIP tickets include pre-concert virtual experience and a post-concert Meet & Greet with Henry. Ticketholders will also will have the opportunity to watch the production through Dec. 26. Tickets available at https://www.tickettailor.com/events/nicolehenryÂ or atÂ nicolehenry.com