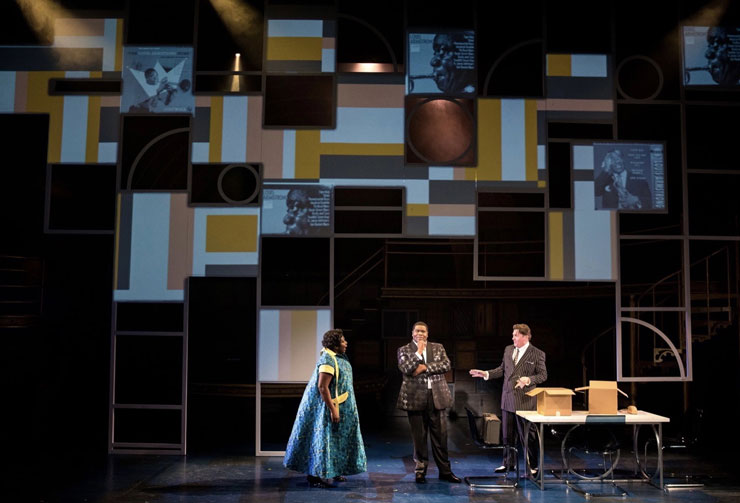 Well, for one, thereâs Michel Hausmann, co-founder and artistic director of the theater company, who stood outside the just-shuttered theater following that single performance and announced that, as soon as it could safely reopen, âA Wonderful World,â would be back.

He kept his word. On Saturday, Dec. 11, âA Wonderful Worldâ will finally get its world premiere.

âWe closed on Friday, the 13th of March, and I was very pessimistic that night that it wouldnât be a quick turnaround. I knew it was going to be at least one-and-a-half years. It was even longer, but, all the time, we kept this show on our minds, and in his hearts,â he says. 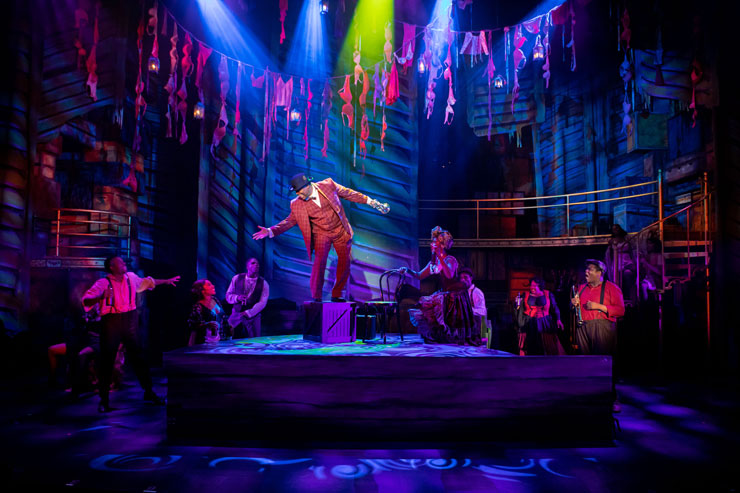 âA Wonderful Worldâ tells the story of Louis Armstrong, born in the segregated south in 1901, but who became a renowned trumpeter and entertainer. He eventually ending up in Hollywood and his recording of âHello, Dollyâ smashed records and led to movie stardom.

Armstrongâs talent wasnât only larger-than-life; he had a taste for women, marijuana and getting in trouble. He also was not only a witness to the nationâs 50 year-history of race relations, he got involved as well. He criticized President Dwight D. Eisenhower for his civil rights record, but would be disparaged as an âUncle Tom" âcurrying favor with white people,Â  a decade later during the Black Power age. 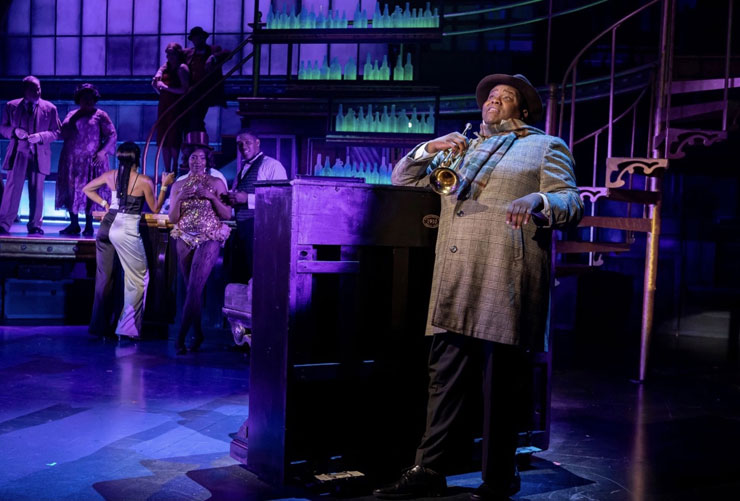 Juson Williams as Louis Armstrong, with the company of "A Wonderful World." (Photo: Stian Roenning)

The split-second opening-and-closing of âA Wonderful Worldâ meant that Williams achieved the role of his dreams, then saw the curtain come down, all in the span of hours. Coming back to envelope the role of Armstrong after such a long hiatus was not easy, he says. Right before his entrance in recent previews of the show, he sat backstage with a cup of tea, inhaling the tea's hot vapors, and readying himself, he says.

âIt was scary, that was the first part of it, but it was also exhilarating, and, at the same time, it felt euphoric. The moment I walked out on the stage, it was hard core to me. I said to myself, 'Oh my god, I canât believe weâre back,' " he recalls.

For Williams, it is Armstrongâs life, played against the backdrop of U.S. history, that exerts the strongest pull of the show, and it is that aspect that also fascinates Thomas E. Rodgers Jr. the showâs producer, who also came up with the idea for it. 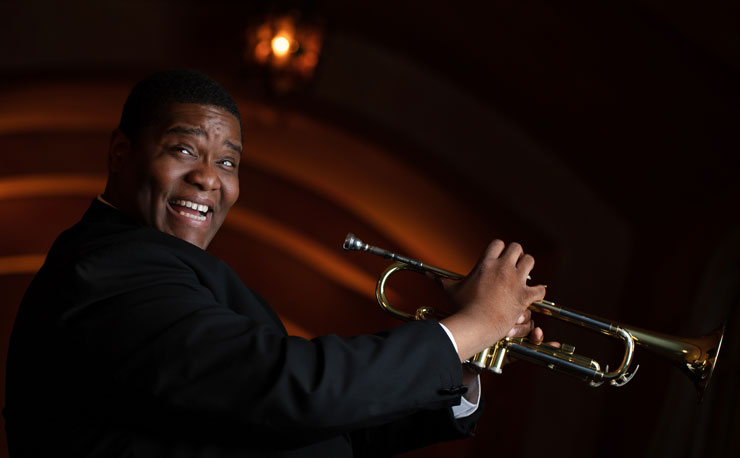 âSeveral years ago, I read a biography on Armstrong, which laid out a good timeline on his life. I was having lunch with Andrew (Andrew Delaplaine, Rodgerâs brother-in-law), and I told him, 'I read this book; itâs a great story, the guy was married four times, he had no children, who do you think has the rights to the music?' "

Delaplaine took the idea to Miami native Aurin Squire. Born in Opa-Locka, Squire left Miami for Julliard to become a playwright and TV writer whose credits include being the former story editor for the hit series âThis is Us,â and who is currently a producer on CBSâ âThe Good Fight,â and âEvil.â Squire wowed Rodgerâs with his ideas, and wrote the book for the show.

It tells Armstrongâs story from the points of view of each of his four wives, one whom is played by acclaimed jazz vocalist Nicole Henry, a local favorite here.

During the pandemic, Squire and others involved in the production, worked on changes in the show, and also dealt with cast changes. Then, about 40 percent of the cast didnât return, having gone on to other project, including two of Armstrongâs four wives. 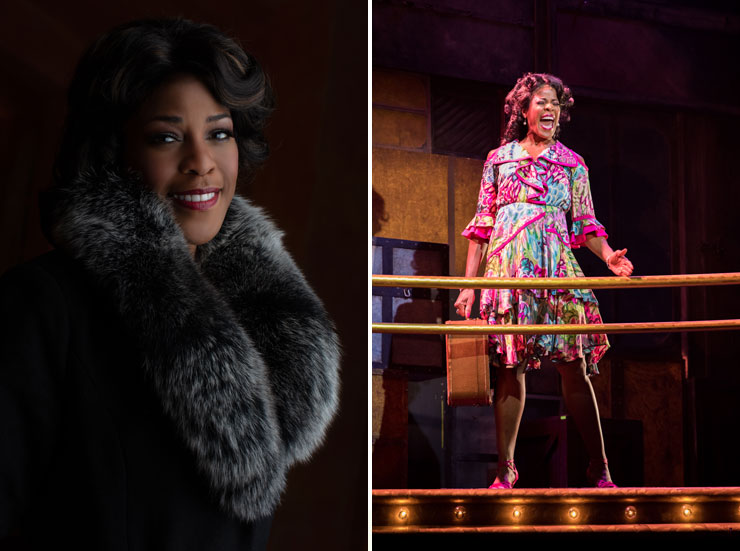 Miami New Drama has a reputation for assembling talent behind the curtain; the theater company won the 2021 Drama League Award for its show, â7 Deadly Sins,â during the pandemic and âA Wonderful Worldâ is no exception, boasting a deep bench of talent with Broadway experience.

While Miami New Drama has also won awards, and been acclaimed for its works, Hausmann acknowledges that this caliber of talent, costs âprobably four or five times,â what a typical production does.

âThis is a very expensive show. Itâs kind of like the Olympics; when a city gets the Olympics, it has to build up and expand its structure, and, with this show, we did. This is the moment that Miami New Drama grows up, and we turn ourselves into the premiere leading theater company of Miami,â he says.

With all this talent, both in front and behind the stage, itâs obvious to wonder where âA Wonderful Worldâ will go next. Ads for the show trumpet âSee it Before It Goes to Broadway,â and rumors about that being its future, but Hausmann downplays the notion saying, âIâm not a New York City centric person, Iâm excited that Miami is slowly turning into the next great American metropolis. If itâs perfect for Miami, Iâm a happy man.â But Rodgers hints at the showâs Broadway potential, sayingâ âIn my discussions over the past 48 hours, Iâm thinking we may have a shot at it.â

Williams has big goals as well. âMy selfish wish is that it goes to Broadway and wins all the awards out there âitâs that good,â he says.

But Williams also has a bigger dream in mind, he says; âI want to take this show to audiences around the world. My hope is that it touches lives, and when people see it, they realize that they shouldnât give up . . .Â  that there is hope, and that they can go on to live great lives.â