Other singers appearing in the series include: Matt Doyle, who won the 2021 Tony Award as best actor in âCompany,â on Sunday, Jan. 29; Laura Benanti, who won the 2008 Tony Award for best supporting actress in âGypsy,â will be in Aventura on Friday, Feb. 10 and Julie James, an opera and musical theater star and host of the Broadway Channel on Sirius XM on Sunday, Feb. 19.

Jones is the one Broadway singer who was overdue to come to Aventura Center.

âWe originally scheduled Rachel to be in our concerts in 2021, then COVID 19 forced all of us to change course and shut down, Rachel was rescheduled for last year, but again plans changed, so we are so looking forward to having her at Aventura Center on Sunday, Jan. 15,â said Aventura Center General Manager Jeff Kiltie. 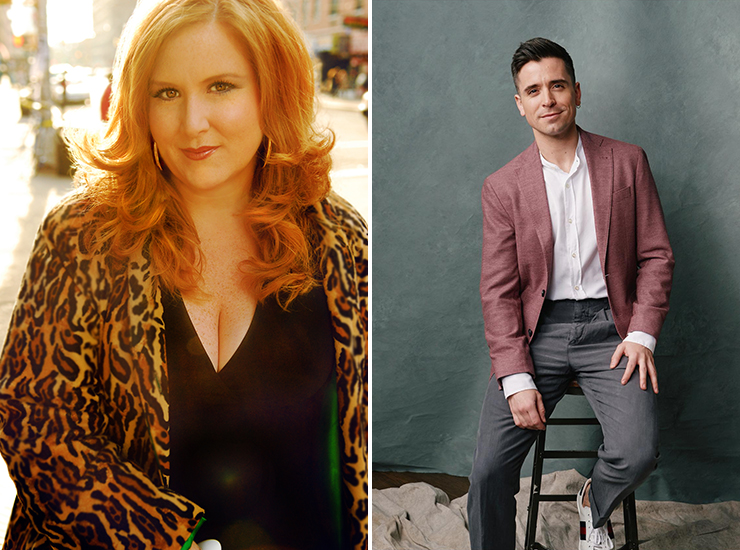 LEFT: Julie James appears in the Broadway Concert Series on Sunday, Feb. 19. RIGHT: Matt Doyle, who won the 2021 Tony Award as best actor in "Company" comes to the Aventura Arts and Cultural Center on Sunday, Jan. 29.

Jones is well-known for portraying Heidi Hansen in her Tony Award-winning performance as well as Diana in âNext To Normalâ (2020), Catherine in âPippinâ (2013) and in the 2009 Broadway revival of âHair.â She has also acted in television series, such as âGod Friended Me,â âGreyâs Anatomy,â âModern Familyâ and âThe Good Doctor.â

Less well-known is that Jones was born in New York, raised in Boca Raton and Miami, and that her parents were Shakespearian actors.

âI got my grounding in what it takes to be a successful actor by being raised by my parents,â said Jones.

Jones, 53, found success as a young actress, dropping out of Spanish River High School in Boca Raton at age 17 to perform in a local play. She then relocated to New York to pursue her career and started working at age 19, performing as an understudy on Broadway at âMeet Me In St. Louisâ (1989).

âI thought at age 19 that I was on top of the world, I had an agent, I hustled for every audition I could find and was excited to be in the national tour of âGrand Hotelâ in the 1990s."

Despite her success on the musical theater stage, Jones contemplated leaving New York and putting on hold her dream of making a major name for herself on Broadway.

âI needed a break away from life in New York. I just wasnât ready and up for all the auditions, maybe because of insecurity at the time.â

Jones went to many cities from 1995 on and ventured back home to Miami.

âI gained so much confidence on my return home. I starred in the Actorsâ Playhouse (in Coral Gables) 2000 production of âEvitaâ in the title role, singing in English in one version and performing âEvitaâ also in Spanish.â

She said it was here that she got her mojo back to go back to Broadway.

âBeing in Miami, surrounded by many friends and family and engaging in meeting many challenges, such as learning to play âEvitaâ in Spanish without knowing how to speak Spanish initially built up my self-esteem and determination to return to Broadway.â

Now a single mother with a two-year-old daughter (Miranda), she returned to New York in 2005 and found steady work in the ensemble of the Broadway revival of âHairâ in 2009. Good reviews of Jonesâ performances in âHairâ led to her being cast in âPippinâ and âDear Evan Hansen.â

âIâm happy and doing the quality work on Broadway because of how I lived my life. I am especially grateful for returning home to Miami which became a signal on how to revaluate my goals and priorities.â

Along with her talent in musical theater, Jones also became a singer/songwriter and recorded original songs on her CD âShow Folkâ (2009) along with recording cast albums from âDear Evan Hansenâ and other Broadway shows. 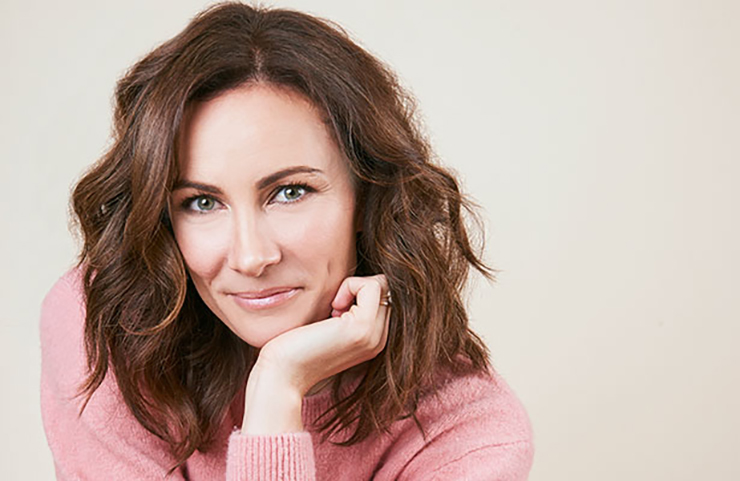 Laura Benanti, who won the 2008 Tony Award for best supporting actress in "Gypsy" will perform in the Broadway Concert Series on Friday, Feb. 10. (Photo by Jenny Anderson)

Jones plans to perform her 80-minute show in two acts, with songs from shows she starred in, some traditional Broadway favorite songs and songs from âShow Folk.â

The songs will be intertwined with many anecdotes that are especially relevant to Jones resurrecting her career in Miami.

âWhile I do not want to state specific songs I will perform yet, I will definitely sing âDonât Cry For Me Argentinaâ thinking of my wonderful time performing âEvitaâ at Actors Playhouse.â

Jones especially relishes the intimacy of the Aventura Center.

âHaving an audience that can see and hear me from every seat means there will be a lot of powerful energy that I will feel for every moment on stage. Performing in my hometown is going to generate a strong emotional bond between the audience and me,â said Jones.

Kiltie said the support of the City of Aventura for the four concerts series is invaluable.

âNormally, a small venue like Aventura Center (seating capacity is 330) could not afford to pay the expenses of well-known Broadway stars on ticket sales alone. The city (Aventura) feels that it is important for its residents and visitors to see the finest musical theater singers perform in an intimate stage in which audiences can see and feel the emotion of the performer on stage,â said Kiltie.

Broadway star Rachel Bay Jones performs in concert in the first of the Broadway Concert Series presented by the City of Aventura at the Aventura Arts & Cultural Center, 3385 NE 188 Street in Aventura at 7 p.m., Jan. 15. Tickets range from $57-$62 with $87 VIP tickets that include a meet and greet with Jones following the concert. Tickets can be bought online at aventuracente.org or through Ticketmaster at 877-311-7469 or 954-462-0222 or at the Aventura Center box office.