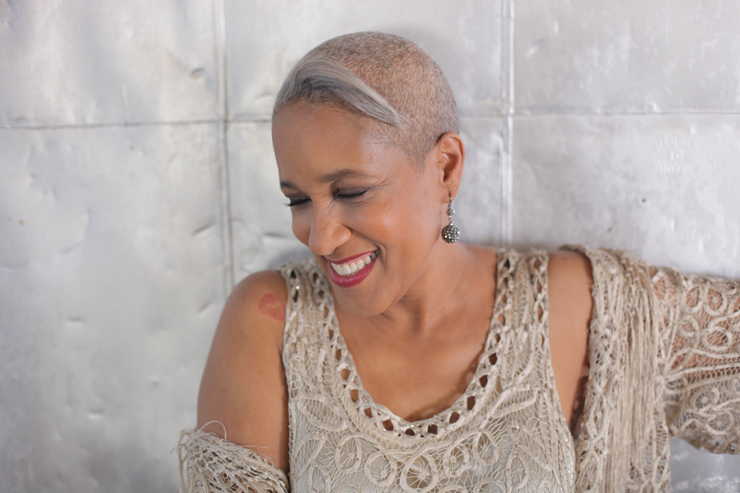 When RenÃ© Marie takes the stage at the Arsht Centerâs Knight Concert Hall, sheâll be doing it with the sense of gratitude you only find in someone who was forced to sit on the sidelines for 20 years and is now finding success is the opportunity to spread her joy in song.

This is not the first time in Miami for Marie; she has performed on stages in Miami, both with her own musicians, and as part as âRoutes of Slavery,â and âSongs of Freedom,â which are programs developed by drummer/educator Ulysses Owens, Jr.

But it will be the first time that she is part of a Jazz Roots program, and of Marie, Shelly Berg, the seriesâ artistic advisor says, âshe is one of the worldâs great interpreters of song, and a great scat singer too.â 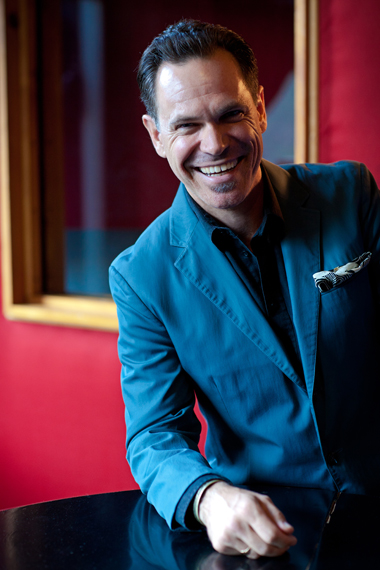 âPerforming with Shelly Berg is like a dream for me,â says Marie, who will perform âSkylark,â the Hoagy Carmichael/Johnny Mercer classic with him. Berg is acclaimed as one of the worldâs finest jazz pianists.

Marie plans to perform other standards as well, along with an original song, âColorado River Song,â from âSound of Red,â her first album of all-original material, an 11-song set that ârevolves around turning points in an individualâs life,â she says. Marie knows something about turning points.

Born into a family of seven children in Warrentown, Va., in 1955, she had only two years of formal piano training before her parents divorced when she was 13 and she moved with her mother to Roanoke.

She composed and sang her first piece with a band at the age of 15, but three years later, she put her musical aspirations aside and married a former band member. By the mid-1990s, she was the mother of two, and working in a bank.

When she was 41, her older son convinced her to start singing again and she took a few tenuous steps in the local music scene, singing for tips one night a week in a hotel bar. Then her husband, who had initially been supportive of her singing, turned against it, and gave her an ultimatum âstop singing, or leave their home. Their marriage deteriorated and the couple divorced.

Marie then took charge of her career, honing her craft, and now has 11 recordings to her credit, as well as countless stage performances, and a career not only as a singer but also a composer, arranger, theatrical performer and teacher.

But it is her lifeâs experiences that have imbued her singing, says Marie.

âEverything you go through, itâs going to come out in the music. Eventually, you start writing music, but your experience also informs other songs you gravitate to âthey all say something about the life youâve led, or the one you wish you did,â she says.

Marieâs inspirations have included Ella Fitzgerald, Dinah Washington and Eartha Kitt, the last who was the inspiration for her 2013 album âI Wanna Be Evil: With Love to Eartha Kitt,â which earned her a Grammy nomination.

âI love the way Eartha did what she wanted to do without worrying what people thought of her. âI want to be evilâ--now there is a message of strength and woman power. Iâm grateful for women like that,â says Marie.

As for Marieâs goal for Friday night, itâs the same as the one she has every time she sings, she says. âI want to feel like Iâm giving everything Iâve got to the music, and I hope bits of it gets on the audience, on their sleeve or their hair, and they carry it away with them.â

Headlining the concert will be Kurt Elling, who has been called âa singerâs singer,â and âa kind of Sinatra with super powers,â by the Guardian.

Elling is the winner of a Grammy award and has also been Grammy nominated a dozen times. He won the Downbeat Critics Poll for 14 consecutive years and was named âMale Singer of the Yearâ by the Jazz Journalists Association on eight occasions. He has also won several national awards, including the Edison/Jazz World Award (the Dutch equivalent of the Grammy), and has been named International Jazz artist of the year in the Jazz FM Awards (UK.)