Stop it. That's right; I'm talking to you, oh so righteous Netflix subscriber/internet pundit pouncing on âCuties.â Don't play coy with me. I read what you wrote when you thought only a select few were paying attention. Scantily clad 11-year-old girls seen writhing their bodies to hip-hop and reggaetÃ³n beats? Naw, that's obscene! This is an outrage! There ought to be a law against such depravity, you whined. 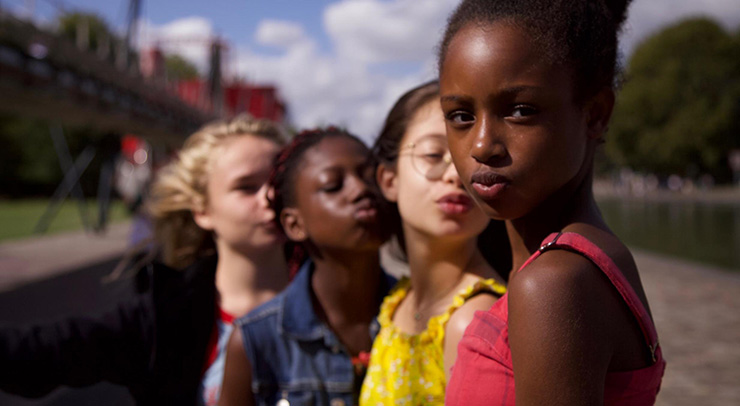 Thing is, you didn't watch the movie, did you? You've convinced yourself you have in your possession all the information you need to know before you play judge, jury and executioner onÂ  â pay attention, now, this part is importantÂ  â a modest, sassy and thoroughly engaging portrait of growing up Black, female and poor, of being caught between two cultures, each with their own set of challenges and complications.

But admit it: you didn't make it that far. You stopped at tween pelvic thrusts and suggestive gyrations. Then you put this genial Sundance winner in your crosshairs. You are not in good company. Others clutching their pearls have reportedly made death threats against the director and, in the case of a Texas legislator, calls to investigate it for possible violations of child exploitation and pornography laws.

Next time you want to go after a French-Senegalese filmmaker telling a story about being an African immigrant in Paris, do your research before you grab the pitchforks. Now go take your puritanical superiority somewhere else.

Okay, reader, now that we've (hopefully) rid ourselves of the toxic snobs and internet trolls who have swarmed around âCutiesâ (aka âMignonnesâ) with the intent of giving a bad name to a good movie, we can go ahead and delve into writer-director MaÃ¯mouna DoucourÃ©'s winning, refreshingly clear-eyed underdog tale.

Yes, its unblinking depiction of age-inappropriate behavior is not always easy to watch, but what it most definitely is not is gratuitous titillation. It amounts to part of a larger conversation about generational resentment, internet peer pressure, and that exhilarating and terrifying moment when a girl discovers that she's not powerless.

The girl in question is Aminata Diop (Fathia Youssouf), though she mostly goes by Amy. As the movie opens, she's just moved into a cramped apartment in one of Paris' poorest neighborhoods with her hardworking mom Mariam (MaÃ¯mouna Gueye) and two younger brothers, only to learn she'll have to share a bedroom with her mischievous baby bro IsmaÃ«l (Demba Diaw).

Living in a devout Muslim household, Amy takes her place next to Mariam, her matriarchal aunt (Mbissine ThÃ©rÃ¨se Diop) and the rest of the women at the mosque, veiled in vibrant colors. The tween is shy, withdrawn, content to be left alone.

She also wants what more privileged girls have, and she's not above stealing a relative's cellphone to get her foot in the door, either. It certainly beats getting picked on by a quartet of standoffish girls at school that revel in disruption and mayhem. The scene where she first meets these troublemakers at the schoolyard makes you flinch: taunting shoves, lacerating name calling and a book bag's contents being spilled onto the ground. DoucourÃ© makes no attempt to soft-pedal the girls' cruelty toward the new arrival, and the movie is stronger because of it.

It's also clear, even at this early stage, that the filmmaker is dipping her toe in the underdog template. Amy, you see, is undeterred to be part of this bad girl gang, comprised of Angelica (Medina El Aidi), Coumba (Esther Gohourou), Jess (Ilana Cami-Goursolas) and Yasmine (Myriam Hamma), despite the demeaning treatment. But why would she subject herself to that? This is where the dancing comes in. Her multicultural tormentors are keen on entering a talent competition, and in their minds, mastering a sexy routine is their ticket to victory.

This is where DoucourÃ©'s skills as a storyteller come into play. Amy is looking to belong, and her quest for acceptance in her adopted new home takes her from the social media exposure she craves to making her case to join these would-be bullies' clique as a possible asset to qualify for the contest.

âCutiesâ could have settled for going through the dance movie story beats, at once familiar and comforting, but DoucourÃ© wants to dig deeper. She weaves in Amy's relationship with the other girls, which is never sentimentalized, with a litany of domestic woes and rites of passage back home. Something most of the girls share is absent or neglectful parents, but in Amy's case, it's taken a step further. The elephant in the room is Amy's dad, reduced here to a voice on the phone promising to join his loved ones real soon.

Â When the movie reveals the reason behind the holdup, it shines a spotlight on the pitfalls that Senegalese women face. It also provides an explanation for Amy's escalating acts of defiance without letting her off the hook. 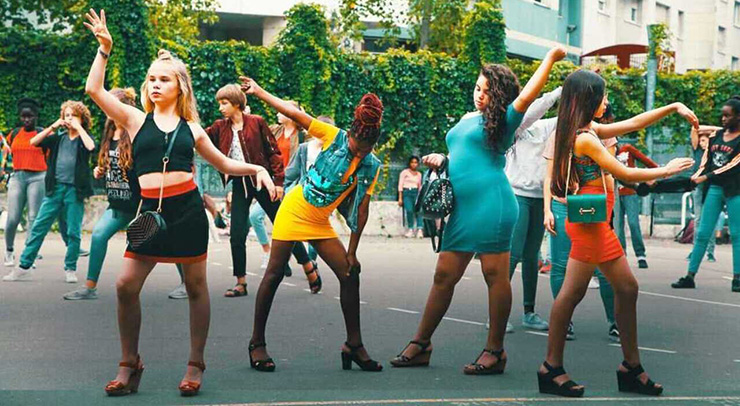 Thus, Amy's escape down the rabbit hole of music videos showing grown women wielding their sexuality like a weapon does not occur in a vacuum. Rather than merely depicting the way girls are objectified as a trendy narrative hook, as its ill-advised U.S. marketing materials suggest, âCutiesâ unpacks a complex set of sociocultural circumstances that converge to place the prepubescent characters in a position where they would think these risquÃ©, exotic dancer moves are not just achievable but desirable. (Ask yourself: would there be such an uproar if âCutiesâ told the story of five boys getting into trouble and falling into a life of crime?)

Amy wants to assert her womanhood, even though she's only on the cusp of adolescence, in order to thumb her nose at a stifling culture that would literally keep her covered, and also in a rebellious rebuke of a father whose selfish actions have taken away the stability she yearns for. Her discontent has a dangerous beat, and she can dance to it.

As âCutiesâ hurdles toward its climactic showdown on stage, this reviewer was torn between cheering on the characters and their gradually improving dancing skills and being dismayed over their lapses in judgment. And then I realized that's what makes DoucourÃ©'s writing so effective. In opting against passing judgment on these girls, or on their imperfect elders, she refuses to take the easy way out. She takes Amy on a journey of self-discovery where the stumbles are not cushioned but the hard-earned lessons yield genuine growth. The movie might not reinvent the wheel thematically, but it moves to its own syncopated rhythms. Ignore the online discourse and give it a chance.

âCutiesâ had its world premiere at the 2020 Sundance Film Festival, where MaÃ¯mouna DoucourÃ© picked up a directing award in the World Cinema Dramatic Competition. It's now available to stream on Netflix.