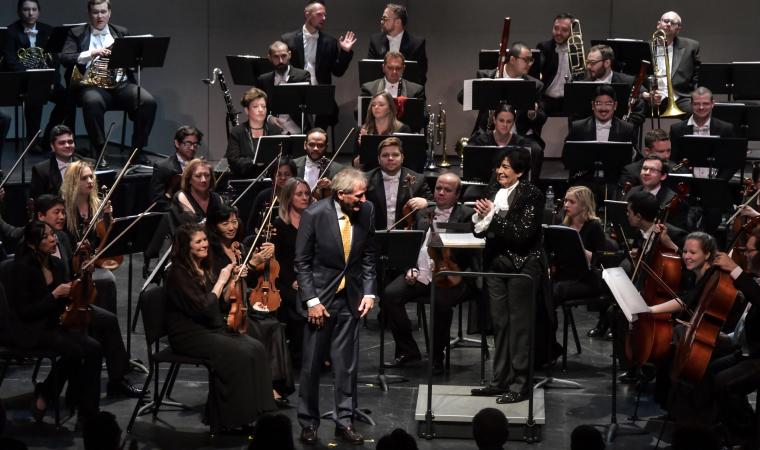 The South Florida Symphony will debut a world premiere orchestral work celebrating one of the Floridaâs picturesque rivers as part of its 25th Anniversary program.

The symphonyâs Masterworks Concert will feature the world premiere of John Gottsch's "Ocklawaha," about a Florida river, Dmitri Shostakovichâs Symphony No. 9,Â and a selection of world-famous arias sung by two acclaimed vocalists.

The concert will first be performed at the New World Center in Miami Beach on Tuesday, Jan. 24, followed by performances in Fort Lauderdale and Key West.

âShostakovich opposed a totalitarian regime in his time delivering a neo-classical work that was considered more of a rebuke than a celebration of ultimate strength and power. His Ninth Symphony certainly resonates with what is presently happening in Ukraine, today. And, in Gottschâs latest, he similarly reflects on the plight and culture of Native Americans. Finally, who can resist the sheer power of some of the worldâs most beloved arias?â

That the symphony is performing its Miami season in the Frank Gehry-designed New World Center seemed unimaginable to Alfonso, who launched the symphony 25 years ago, playing to small, but loyal, audiences in Key West.

Born and raised there, Alfonso graduated with a doctorate with an emphasis in conducting from Johns Hopkins University, and had earned accolades as a guest conductor for some of the countryâs most esteemed orchestras, including becoming the first Cuban American conductor to conduct the island's premier orchestra, the National Orchestra of Cuba. 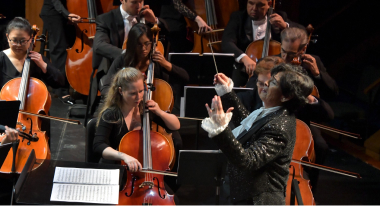 The artistic director and conductor of the John Carroll Opera Company in Baltimore, she was visiting family in Key West when Hurrican Georges struck in 1998, causing widespread damage, and she realized she didnât want to leave.

âI was standing in Duval Square and I called my Baltimore job on a pay phone and said, âIâm not coming backâ and you had better hire my assistant conductor,ââ she recalls.

âWe started out as an orchestra in Key West, playing to small audiences, and we tried growing over the years,â she says.

Seeking a broader audience, the symphony orchestra changed its name to the South Florida Symphony, and added Fort Lauderdale and Miami to its performing venues, but still struggled to fill seats. But then came the pandemic shutdown, and the symphony shut down. But Alfonso didnât want to disappoint her ticket holders.

âWe had six Masterworks concerts, so we decided to ask all the musicians to get vaccinated, and dress up, and we would prepare one each concert just like they were going to happen, but we would record each one, and stream it on one of the performance nights.â

The symphony also streamed recitals, chamber music, and even added special features, like the time Alfonso demonstrated how to make a âMozart-tini.â

What happened when the symphony returned live shocked Alfonsoâthe symphony sold out the 1,174-set Parker Playhouse in Fort Lauderdale, and has been filling venues ever since. 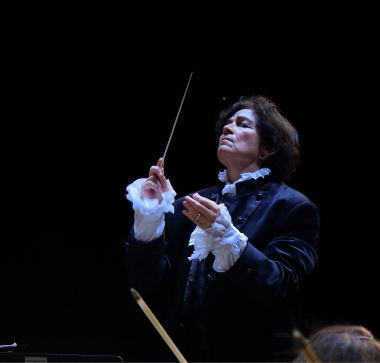 Among the mainstay performances is work by Gottsch, who became the symphonyâs composer-in-residence after he was introduced to Alfonso in Key West, and sent her some of his compositions.

âI presented Maestra with a shorter work called âSunsetâ and she liked it and came back to me and said she was considering doing an album and wanted to know If I had a longer work and indeed I did. I had worked on a symphonic poem about Alexandra the Great and his mistress, and I sent that score to her and she loved that as well.â

The symphony has performed and recorded both pieces, and, most recently, Gottsch sent her âOcklawaha,â his symphonic poem about the river, and Alfonso thought it perfect for this program.

âJohn Gottsch really tells a story in his music, itâs kind of like a tone poem, and I also thought that it has something to say about the importance of the conservation of our waters. I think people will enjoy the world premiere, and Iâm going to be performing it a lot,â she says.

Born in New Orleans, Gottsch moved to Florida with his family a short time later.

âI traveled that river with my father when I was a young boy. âItâs the most mysterious, wildest river you could imagine; it originates in northern Florida and flows northward, connecting with the St. Johnâs River. My father told me stories about runaway slaves, Native Americans and a Civil War battle that was fought there, and this inspired my music,â he says. 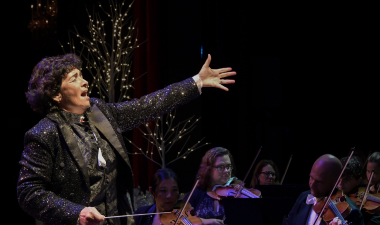 Gottsch also started composing music as a child, filling a notebook with his compositions. He became an ophthalmologist but kept composing. His piano suite, âHomosassa,â premiered in Palm Beach in 2020. His piano quintet, "Maryland Hunt," premiered at the Embassy of the Kingdom of the Netherlands in Washington, D.C. in 2018 and has been performed in Philadelphia, Vienna, Rotterdam and Baltimore.

About five years ago, Gottsch was introduced to Alfonso in Key West, and sent her some of her works. Last year, the premiered the live performance of Gottschâs original composition âPrincess Yurievskaya,â and in 2020, premiered âSunset,â both of which were featured on Gottschâs 2020 debut album released by Naxos Records, the worldâs leading classical music label.

âDefenders of the River,â will be on hand to record the workâs premiere for an upcoming documentary about the river, he says. In addition, the program includes a selection of opera arias performed by Catalina Cuervo and Adam Diegel.

A soprano and a South Florida favorite, Colombian-American singer Catalina Cuervo, known internationally as the "Fiery Sopranoâ and named one of the âFive Most Outstanding Colombian Sopranos in the World,â is a versatile performing artist making her mark in a variety of exciting repertoire.

âWeâve added these opera pieces that everyone will love, and they will walk out singing these songs,â said Alfonso.

The concert will also be performed at 7:30 p.m. on Wednesday, Jan. 25 at the Parker in Fort Lauderdale and on Saturday, Jan. 28 at the College of the Keys in Key West.