The Juneteenth Experience Returns to the North Beach Bandshell 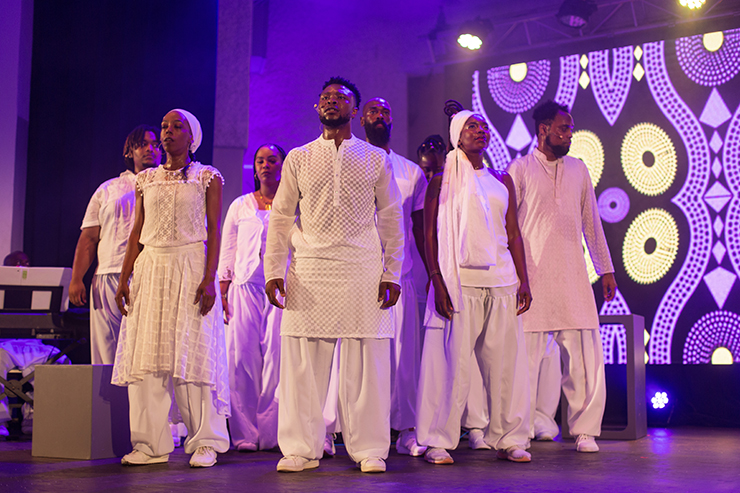 Hued Songs performs at the North Beach Bandshell on Sunday, June 19 in a celebration of Juneteenth. (All photos from Hued Songs)

After a successful inaugural year, Hued Songs returns for its The Juneteenth Experience, a multidisciplinary immersive performance in honor of Americaâs second Independence Day, June 19 at the North Beach Bandshell. New this year will be the use of more video and animation created by Miami mixed-media artist, Izia Lindsay, and a series of original short films centered around black identity.

Juneteenth, a federal holiday since June 2021, began in Galveston, Texas, as a way to commemorate the day (June 19, 1865) when Federal troops took control of the state of Texas, two and a half years after President Abraham Lincoln signed the Emancipation Proclamation into law in 1863. Texas was the last remaining Confederate state to ignore the new law which freed enslaved African-Americans. The official holiday this year is on Monday, June 20.

Its core principles are to provide a platform to showcase the voices of Black and brown artists, to make the arts accessible for little to no cost, and to build community through culturally-affirming experiences and performances.

Rowley, whose mother came to Miami from Trinidad, grew up in around North Miami Beach and studied at the New World School of the Arts. The now 33-year-old graduated with a music degree from the University of Florida in 2010. 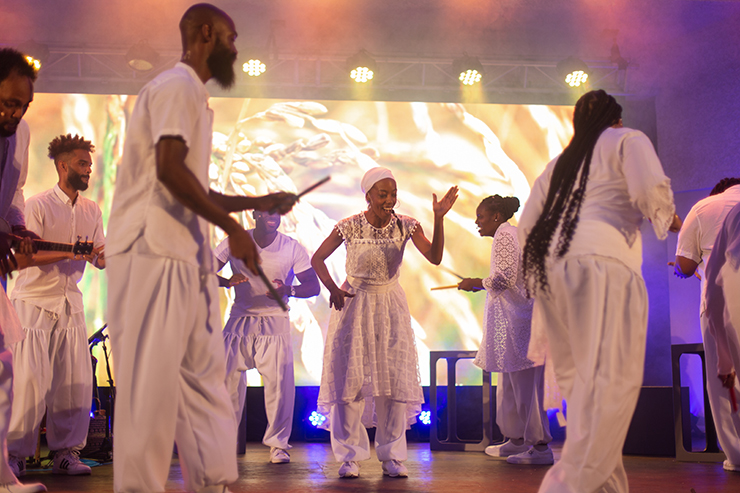 He founded Hued Songs as a non-profit in 2017 after receiving an initial Knights Arts Challenge grant for $20,000. In 2021, the group was awarded another $90,000 to expand the Juneteenth Experience in 2023 through performances in Broward and Palm Beach counties.

âKunya is a creative and energetic force on Miamiâs arts scene,â says Victoria Rogers, vice president of Knightâs arts program. âAfter supporting his initial work and the first Juneteenth celebration, we're delighted to see the evolution of his work, from a passion project to what this has now become.â

âLifting the arts is an expressive and exciting way to celebrate the Juneteenth holiday, which represents freedom and inclusivity, the heart of Knight Foundationâs core beliefs,â she says. âAnd the North Beach bandshell is an ideal place to bring people of all cultures together for Juneteenth.â

Rowley says he was inspired to create the celebration around Juneteenth after the murder of George Floyd in 2020. 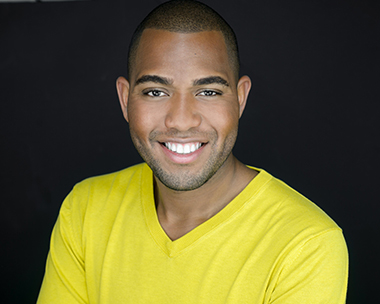 Kunya C. Rowley is the founder and artistic director of Hued Songs.

"The idea had been percolating for a while," says Rowley. "When that happened, it was a moment of reflection in history and a moment of how we are still fighting for freedom and liberation. My hope is to create an on-going annual event to nourish and enrich the community and offer a set moment of reflection.â

Last year the Juneteenth event was completely filled with approximately 700 attendees at the bandshell. He hopes to surpass that number this year and notes that with the belief that access to the arts is a right and not a privilege, the event is free and open to the public.

âWe're so excited for this year's performance,â Rowley says. "Our goal was to create a series of works by Black and brown artists to tell the stories that uplift black culture."

He notes that the culturally diverse population in Miami includes people from all different backgrounds, including Haitian, Jamaican and Trinidadian, like himself.

He recalls that as a child, he doesn't remember much discussion around race or ethnicity and says that even worse than seeing negative representations of Black culture, was the absence of representation. 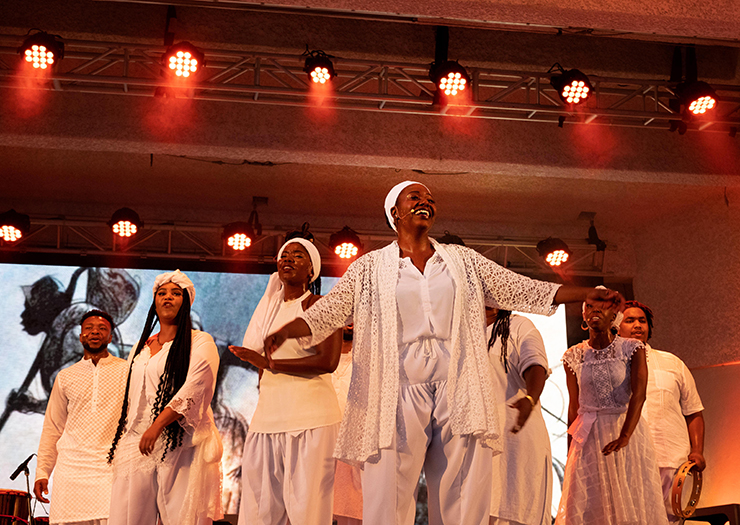 "It's important to create ways to affirm peopleâs identity, to showcase black joy, freedom and artistry," Rowley says, noting that it is a true collaborative presentation.

âWe invite the artists to bring their full selves to the process and performance,â he says.

While Juneteenth honors symbolic moments in history of particular relevance to the Black community, Rowley says the performances and events are inclusive and strive to build a diverse community through the arts.

"We invite folks from all walks of life to participate," he says.

The Juneteenth Experience, Sunday, June 19 at the North Beach Bandshell, 7275 Collins Avenue, Miami Beach. Doors open at 6:30 p.m. Short films will screen at 7 p.m. Spoken word, dance and song performances begin at 8 p.m. The event is free and open to the public but reservations are requested. Reserve a Ticket on Eventbrite.