Inside the Rehearsal Studio Before Saturday's Performance 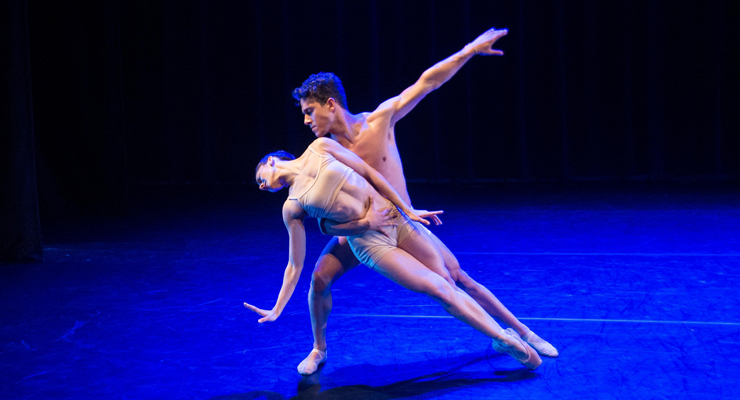 Now, three years later, after the initial introductory performance in November of 2016, DDTM has grown in multiple ways. It offers a regular season of performances at its home theater, the South Miami-Dade Cultural Arts Center, the troupe was invited for the second time to perform at the prestigious Jacob's Pillow Dance Festival, in Becket, Mass., performed in New York City at the Joyce Theater in Manhattan's Chelsea neighborhoods, and have had a presence at other performing venues as tours continue to be developed.

The company's repertory has expanded to include developing new choreographic voices, presenting known and established works and venturing into different genres to appeal to a wide and diverse audience demographic. DDTM has also received support from The Knight Foundation and Miami-Dade County Department of Cultural Arts for numerous endeavors. This is a lot of accomplishments in a short amount of time.

Audiences will have the opportunity to see DDTM, including familiar faces, as well as some new additions, when DDTM presents "Ballet Sculptures & Serenity" in a single performance at the SMDCAC on Saturday, Nov. 16. The program, showcasing talented artists and choreography, is reflective of their abilitiesÂ  can dance, and they can dance in many styles.

In a visit to the studio to view a rehearsal of the upcoming show, I took notice that everyone seems to carry a role. The traditional, daily training and warm-up class, is given by guest choreographer, Kevin Jenkins, who encourages the dancers to "go for it," Ballet Master (he oversees rehearsals) Yanis Pikieris, is recalling a specific musicality that he is looking for in his next rehearsal. Guerra is liaising with dancers to ensure that each one is good to go for the day. Kronenburg is responding to emails, as she prepares to watch and coach the ballets.

Guerra, leans over to me and says, "She wants to respond immediately, and this is the only way to do it."

The room quiets down and rehearsals begin.Â  I am afforded the opportunity to get a good overview of November's program.

"Shogun" is a duet that was choreographed by the late Ivonice Satie and staged by Pikieris, who previously danced the duet. He understands well not only the steps, but the passion and subtlety that the piece requires. Before and after the rehearsal, Pikieris, a former principal dancer for the Miami City Ballet, did much demonstrating.Â

"This is walking on rice paper," he says as he slowly walks forward. His movement has weight and is delivered with fire.

Exploring the relationship between master and disciple, "Shogun" demands much strength. Levels change rapidly from down on the floor to up in the air, there are spins on the knees and a driving intensity is maintained throughout. Satie was inspired to create the duet by her grandfather who taught her the traditional Japanese arts of laido and Shinto-ryu or Japanese swordsmanship. Interestingly, the duet can be cast as men or women and the DDTM company is using both Kevin Hernandez with Yanis Eric Pikieris, as well as Chloe Freytag and Selah Jane Oliver.

We moved our chairs to face away from the mirror (dancers usually rehearse facing the mirror so they can correct themselves) for the run of the full company piece, "Under the Olive Tree" choreographed by Tara Lee. This was the piece that was part of DDTM's first performance and it is now being revisited with veteran dancers in new spots along with some new faces. It is an eye catching piece that begins in a "human tree" that comes to life. 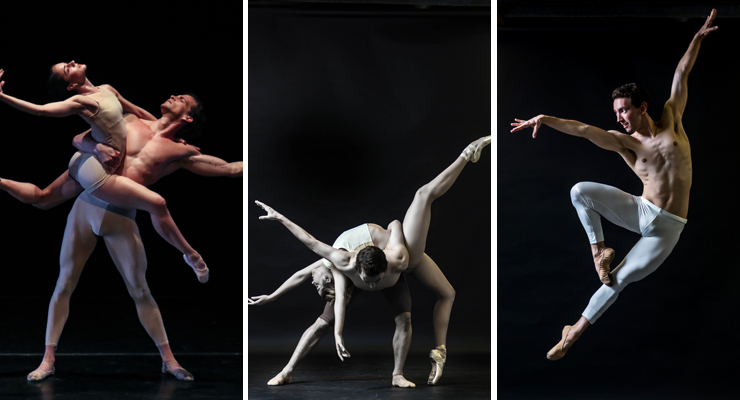 Having last seen the piece on a stage with lighting effects, it is a completely different perspective seeing how difficult and complex each section is.

In "Under the Olive Tree," DDTM dancers are in familiar territory. Repeating a piece is a good thing.

At the end of the rehearsal, both Kronenburg and Guerra are busy giving notes and making adjustments. This was a chance to see the couple wearing a familiar hat; working with and coaching the dancers.

Next, Ben Needham-Wood's elegant and soulful "Apollo and Daphne" was danced by Claudia Lezcano and Fabian Morales. The duet is based on the story of a woman who turns into a tree to escape the Sun God. It was as if no one else is in the room as the couple went through each sinuous move of this neo-classical duet.Â

DDTM works to have an element of live music on every program. "Apollo" will be accompanied by live piano and violin.

The newest piece on the program is an expansion of Yanis Erik Pikieris's "Genus," which was an audience, favorite, as an excerpt, in the March LAB SERIES. Pikieris has choreographed often, but this is his first time creating a ballet on professional dancers, and it his largest piece yet.

"I initially had no idea where I wanted to go with the piece when they asked me to expand it," Pikieris says. "Fortunately, there was more music on the album that I was able to mold into what I wanted it to be."

It is fascinating to discover what inspires choreographers to create. I've found that no two choreographers create in the same way, and true to form, Pikieris has his own method.

"It's interesting," he continues. "The whole idea of genus, and these different species, originally was about relationships. When I started choreographing the new sections, it was more human, maybe more abstract and cold. I realized that I could play with the two very different separated species and they could come together at the end."

Through creating the movement, Pikieris started seeing little things that made a, sort of, road map to create an entire ballet.

"I hear the music and I have an idea of what the piece will look like and I build from there." he concluded. 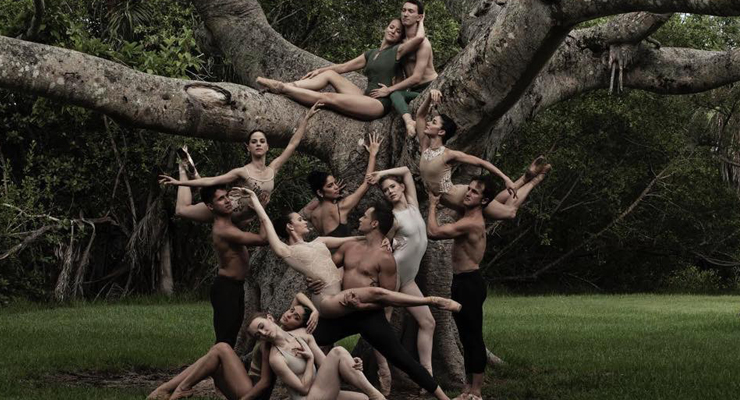 "Genus" is a showcase for both dancers and Pikieris. With Pikieris's artful arrangements and crafty moves, the dancers show off their technique and beautiful lines in what results in a wonderful marriage.

"Ballet Sculptures & Serenity" showcases the company's strength, artistry and diversity. It doesn't need to be "figured out." It is a program of dancing.

As Carlos Guerra simply said, "I think people will like it."

Enjoy a pre-show conversation at 6:30 p.m. on Saturday, Nov. 16, as part of the Dance Talks series, moderated by journalist Jordan Levin with founding Artistic Directors Jennifer Kronenberg & Carlos Guerra and guest speaker Professor Han Tran, Senior Lecturer in the Classics Dept. at the University of Miami. Professor Han Tran teaches a Greek and Roman Mythology course and a Classical Myth and Contemporary Art course. This will take place inside SMDCAC Dance Rehearsal Studio.

A post show discussion immediately follows the performance in the Main Stage also moderated by Levin.

Founding Artistic Directors Jennifer Kronenberg and Carlos Guerra, and the Dimensions Dancers host at a post-show reception with a champagne toast and hors d'oeuvres in theÂ  Balcony lounge following the performance.