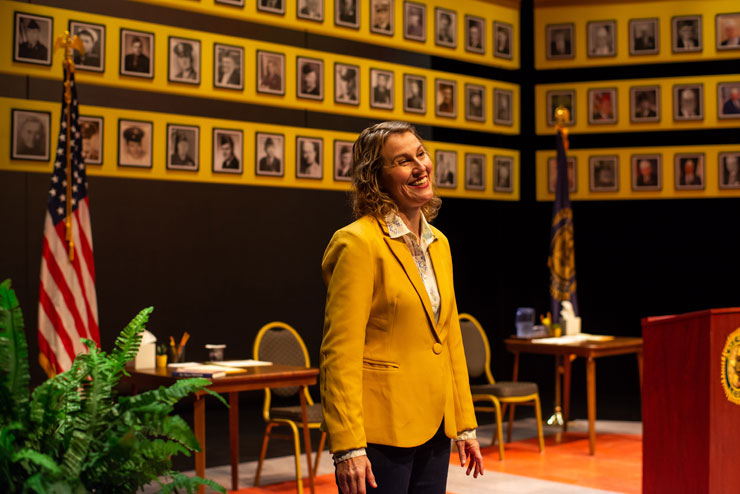 In high school, Heidi Schreck won money for college by competitions about the U.S. Constitution, an experience so powerful that, decades later, she transformed her experience into a play that was nominated for a Pulitzer Prize.

City Theatreâs production of that play, âWhat the Constitution Means to Me,â makes its southeastern debut Saturday night as the latest in the Adrienne Arsht Centerâs âUp Closeâ series in the Carnival Studio Theater.

In what is mostly a one-woman play, award-winning South Florida actress Elizabeth Price portrays Schreck in a time-shifting role, both as the 15-year-old debater, and as a 40- year-old, reflecting on the experience.

The play is set in an American Legion hall, and the action begins there, with the 15-year-old Schreck participating in a debate, which serves as a springboard for her to examine the relevance and the power of the 235-year-old document, as she traces four generations of women in her family, and the role that itâs played in their lives.

The play, first produced in 2017, moved to Broadway in 2019, earning awards, including a Tony nomination for Best New Play, before the COVID-19 shutdown. But, during the shutdown, Amazon made a film version, which debuted right before the 2020 election.

âThe Constitution seems a document that was written long-ago, but itâs very timely in terms of who the Founding Fatherâs included, and who they excluded.â 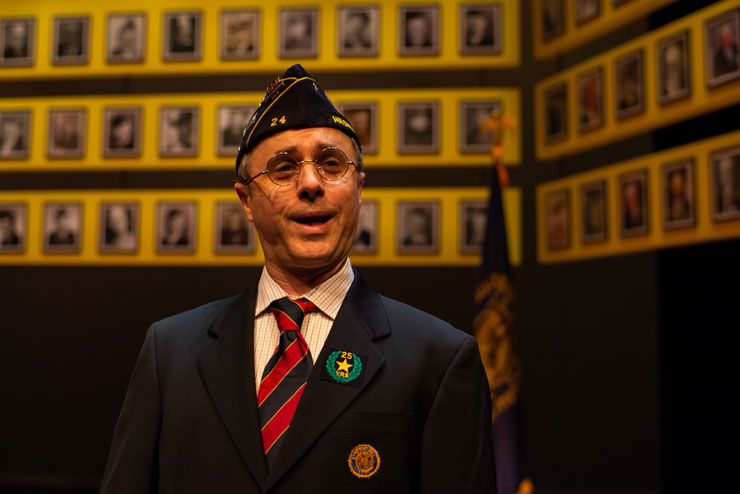 Seth Trucks as the Legionnaire in âWhat the Constitution Means to Me.â (Photo by Justin Namon)

But, even though the play is politically based, âit is not a partisan piece, itâs a human piece, and it talks about the Constitution in human terms, as a reflection of its times,â says Margaret M. Ledford, the playâs director.

âAt a time when our nation is so divided and our rights hang in the balance every day, this play humanizes the document we all revere and challenges the notion that we are all âcreated equalâ while using humor as the great equalizer,â she says.

Also, despite the seriousness of the topic, âthis is a play that has humor in it,â says Ledford.

âItâs buoyant, and funny, and, while it has poignant and provocative things to say, it does so in a manner that is thoroughly entertaining and delightful.â

Itâs also a great showcase for Price, says Ledford, noting that she âputs a clear lens on how the Constitution applies to you every day, and she does it in the most delightful way possible,â she adds.

Price is an actress who is familiar to South Florida audiences and has been awarded numerous times: two Silver Palm Awards, a Big Easy Award, and three Carbonell Award nominations for her acting and directing. 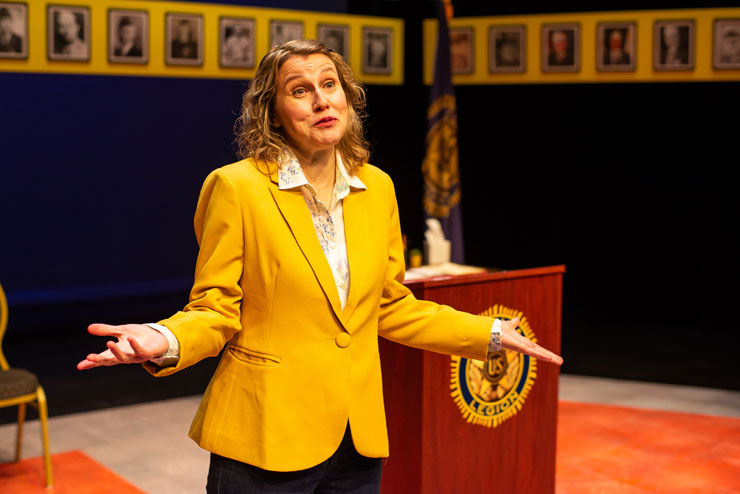 Elizabeth Price as Heidi Schreck in âWhat the Constitution Means to Meâ . Photo credit for all: Justin Namon.

But usually Price plays characters that are fictional, so portraying an actual person who not only originated the role, but is currently starring in other productions of it, proved a challenge, she says.

âHeidi has named what I experienced when I look back at my life and some of the choices I made, and how they were influenced by the Constitution, even on a daily basis,â Price added. 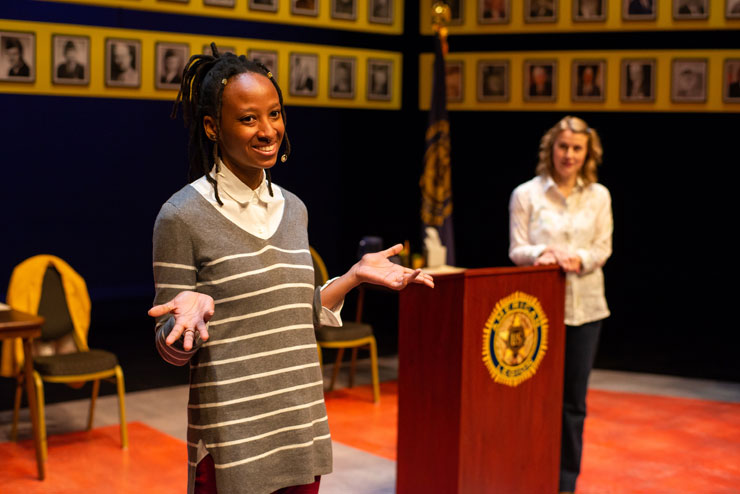 Janine Johnson and Elizabeth Price in âWhat the Constitution Means to Me.â (Photo by Justin Namon)

Although the play mostly belongs to Schreckâs character, two other cast members join her on stage as well: the Legionnaire, portrayed by Seth Trucks, who, although playing the role at first as a judgmental observer, shares his own experience regarding sexuality and masculinity; and Janine Raquel Johnson, who, towards the end of the play, engages with Schreck in a live debate about the document: It is the audience who takes the role of the jury in judging the winner. Melissa Almaguer plays the Heidi understudy.

Also, at every Friday night performance, the audience is invited to stay for a 30-minute panel discussion that will explore the themes discussed in the play.