Fifty Plus Aims For Older Demographic 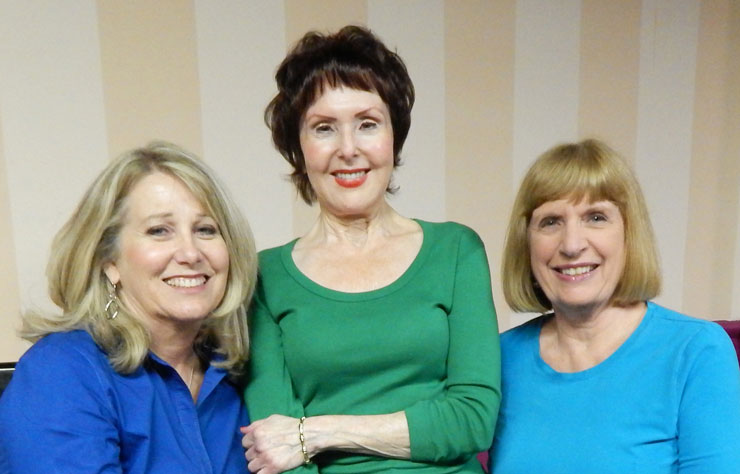 Pigs Do Fly Productions debuted its first show at Empire Stage, a series of seven 10-minute plays that, according to producer Ellen Wacher, would, along with her new theater company, give actors and audiences of the 50 plus demographic a forum to create.


Yet, soon after the curtain went up (well, thereâs really not a curtain at Empire Stage, but you get the gist) on the first play, Marjorie OâNeill-Butlerâs Fright Flight, it was clear that "Fifty Plus â A Celebration of Life As We Know It" wasnât going to be an evening segregated to South Floridaâs mature audiences.

Two directors shared the duties of getting the mechanics right for the seven plays: Marjorie OâNeill-Butler, a local playwright whose agility for writing 10-minute plays has been recognized both locally and nationally, directed four of the seven plays, while Beverly Blanchette, a director with quite her own pedigree (she recently directed Plaza Theaterâs production of Dirty Blonde, is an actor, and is currently an adjunct professor of theater at Palm Beach State College), helmed three, including Fright, written by OâNeill-Butler. Six actors, Todd Caster, Mark Kroczynski, Kitt Marsh, Troy J. Stanley, Carol Sussman and Janet Weakley, played a variety of parts.

With humor as a pre-requisite for Pigs Do Flyâs first production, all of the shorts were comedic in nature. A few of the themes were repetitive, albeit predictable when it came to what is sterotypically the plight of those 50-plus:Â  the inescapable dread of venturing out into the singles bar scene, and the inevitable loss of libido in long-term marriages.

Mike Vigoâs Kiss Her Goodbye showed the exasperation of post-divorce dating as Andy (Stanley), who had been married to the same woman for 30 years prior to his divorce had only been out on three dates. His buddy, Nick (Caster), was a ladykiller, a real man-about-town, or so he thought.Â  Andy tries a different tactic to pick up Laura (Marsh).

Stanley, Caster and Marsh each made the most of the material, and created characters that had more nuance than the predictable script delivered.

The closing short of the first act, Mrs. Jansen Isnât Here Now by Steve Korbar also had a pick-up bar as its setting. Chris (Kroczynski) and Mary Margaret (Marsh) develop a strange attraction, while a surprise twist near the end adds a bit of originality, but not enough to make this one of the stronger of the shorts.

The opener of the second act, Spice by David Susman also suffers from the same dose of "been there, seen that" as a married couple (Kroczynski and Sussman) try a technique to bring back their sex life. A sultry strip tease by KroczynskiÂ  may want him to rethink his career as an actor and try out for a spot with Chippendales.

Play highlights of the evening included Theater in Red by Joan Broadman and Poison ControlÂ  by Rebecca Gorman OâNeill (both of which could be produced in a show that has nothing to do with a Fifty Plus theme).Â  WeakleyÂ  was at her comedic best as Marilyn, the overly-controlling artistic director of a small theater while Sussman played an eager beaver playwright who just wanted her play produced. Poison Control with Caster as Charlie, a guy who believes he has overdosed on a substance and calls a poison control center, and Marsh as the control center operator, was another inventive script with a twist.

OâNeill-Butlerâs short-play expertise showed through in Flight Fright about a woman who is afraid to fly and the two friends who come up with a way to get their anxiety ridden friend over her fear. OâNeill-Butler has the 10-minute play format down. This was by far the script that showed a development of each character quickly, which isnât an easy task in this short play form.

The final playlet, How Nice of You To Ask, by Rich Rubin, once again allowed Weakley a spotlight to show her comedy as an elderly woman with a surprising past. 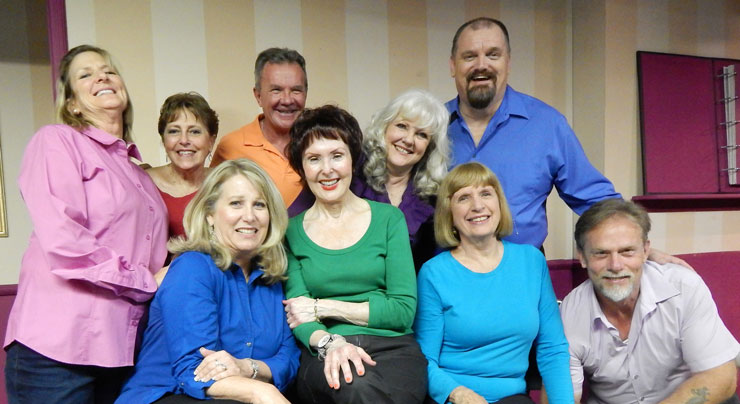 Donât let the Fifty Plus pitch scare you away if youâre not yet part of the AARPR set. "Fifty Plus â A Celebration of Life As We Know It" is a humorous night of well-acted theater for adults of all ages.