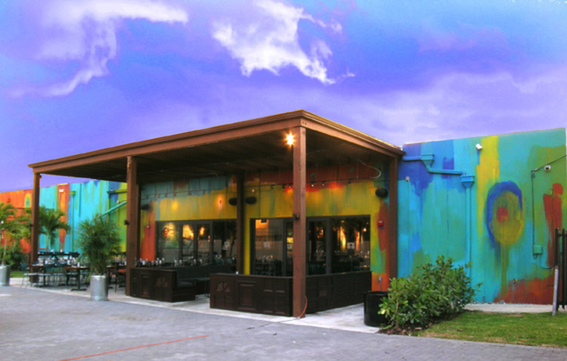 A unique venue that blends food, art, and music is bringing a new happy hour called Inside-Out to Wynwood on Thursday, June 12.

At the R House restaurant in the midst of the arts district, chef Rocco creates edible masterpieces with a palette of Mediterranean, Asian, Latin and American cuisines. But, the dishes are not the only chef dâoeuvres in the house. Art hangs along the interior walls, making one wonder upon entry: is this a restaurant or a gallery? Well, actually, itâs both. Within R House Wynwood is the White Porch Gallery. The gallery boasts a lit-up outdoor patio space, and murals, which alternate every sixteen weeks, painted along the restaurantâs exterior walls and surrounding fences.

The fusion of gallery and restaurant was born out the friendship of curator, Tom Shrik, and owner/chef, Rocco Carulli, who met in Provincetown, Mass., where the White Porch Inn Art Hotel is located. The two collaborated on a venue that would blend the two worlds of fine art and food. Adding live music into the mix, people enjoy a multi-sensory experience. According to Shirk, âdrinking wine makes people talk more about the meaning behind art.â And, heâs noticed if people stay to eat and feel at home, they get comfortable about making the next step: Purchasing a piece to put in their own home.

One of the artists currently on display is Floridian Janet Mueller whose mixed media work consists materials found around the streets of Miami, further adding to the Inside-Out concept. Indoors, Muellerâs curious sculptures made from palm fronds, shadow boxes that tell a story, a chandelier made from bicycle parts, and colorful, symbolic paintings hang between the restaurantâs tables.

Outdoors, the artist has created an enormous mural along the concrete walls, a first for the artist whoâs never created such a large work of art. Mueller recently displayed her bicycle art at ARTcycleâs exhibit on the Seafair. (Bikes Become Art at Seafair Miami) Also exhibiting his work is Dietmar Brixy, a German artist who creates magnificent, oil-on-canvas pieces with swirls of color that are inspired by nature.

The first ever complimentary Inside-Out happy hour is one event you donât want to miss. Attendees will have the chance to explore various creative, sensory worlds traversing two settings, the indoors and the outdoors.Cocktails will also be served as a DJ provides the nightâs fine-tuned soundtrack under the starry Miami sky. The Inside-Out Art Party is a great way to kick-start the summer months. 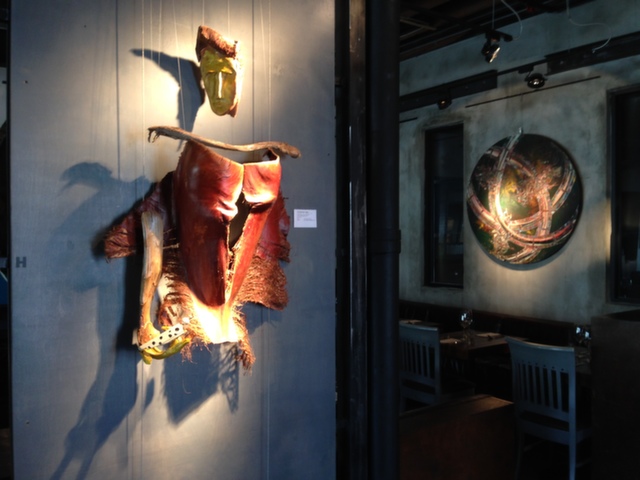 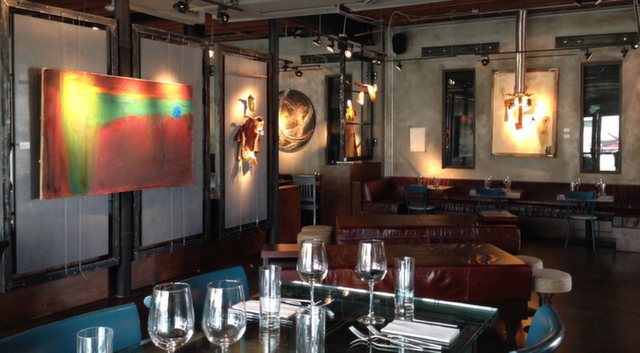 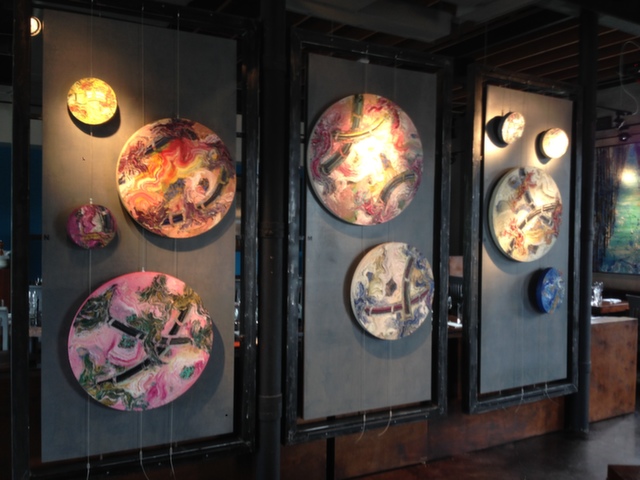 
Sign up for complimentary drinks and bites at https://inoutexhibit.eventbrite.com