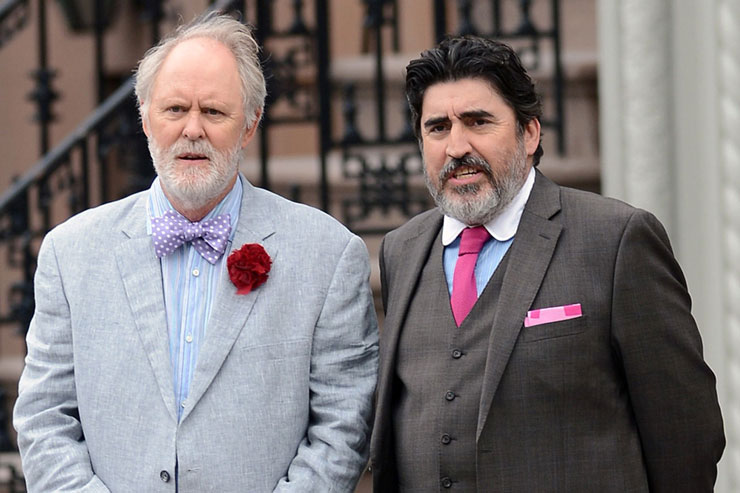 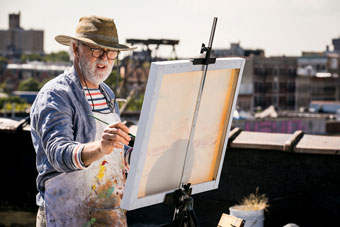 Two men get married at the beginning of Love Is Strange, and whatâs striking about the happy occasion is not the palpable devotion the New York City-based grooms have for each other, or the support friends and family show throughout the day. What sets director Ira Sachsâ gently observant portrait of married life for gay men of a certain age is how it highlights the ordinariness of their daily lives.

The film opens, not with the ceremony, but earlier that morning, as Ben (John Lithgow) and George (Alfred Molina) rouse from bed, get dressed to the nines in natty suits and brave the West Village traffic to get to their own wedding. The emphasis is not so much on the eventâs pageantry or watershed-moment thrill as on the routine that sets in after a couple has been together as these two have. Ben, the older of the two, is a semi-retired painter, which leaves George, a music teacher at a Catholic school, as the principal breadwinner of the household. 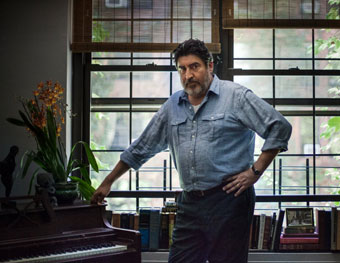 Until, that is, his boss, Father Raymond (John Cullum) calls him into his office and tells him he is being let him go. As in the rest of the movie, that scene is succinct, underplayed yet potent. George had assumed â incorrectly â that because the archdiocese had chosen to look the other way when he was hired meant they would not mind him making an honest man of his life partner of 40 years. The irony of a religious denomination punishing one of their own for participating in one of the institutions it holds dear is certainly not lost on Sachs and co-screenwriter Mauricio Zacharias, who previously collaborated in the semi-autobiographical romance Keep the Lights On.

The story that follows, which involves Ben and George having to sell their apartment and live separately, could have devolved into sitcom clichÃ©s in the wrong hands, but Sachsâ brand of humor is of a far more subtle variety. Ben moves in with his nephew Elliot (Darren Burrows) and his wife Kate (Marisa Tomei), both of whom have championed his relationship but find that itâs another thing entirely living with him in close quarters. George, on the other hand, lands on the couch of his neighbors, hot-for-each-other hot cops Ted (Cheyenne Jackson) and Roberto (Manny Perez), and the salt-and-pepper-haired guest finds his hostsâ lifestyle a tad too active for his taste. The filmâs weakest scenes center around the Game of Thrones-obsessed Ted, a broad caricature adrift in a sea of finely etched characters. Itâs the only time Sachs and Zacharias go for easy laughs. 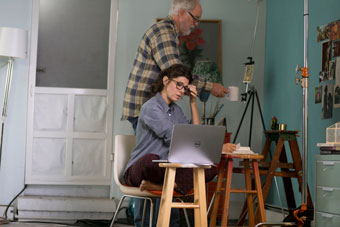 Much more engaging is the tentative bond Ben forms with his great-nephew Joey (Charlie Tahan), who resents having to share a bunk bed with the old geezer â¦ at least before he teaches him a thing or two about what it means to love somebody. Tension rises at Elliotâs Brooklyn apartment when Ben decides to pick up his brush once more to paint a portrait of Joeyâs school chum Vlad (Eric Tabach). Kate, a novelist who finds she canât concentrate on her writing with a constantly disruptive Ben, deems the request to have Vlad model for her (much older) in-law to be inappropriate. Sachs, however, keeps a tight rein on the Oscar-winning performer, coaxing an admirably restrained performance from her. (By the way, itâs good to see Tomei share the screen, albeit briefly, with Molina again, the first time theyâve done so since The Perez Family back in 1995.) 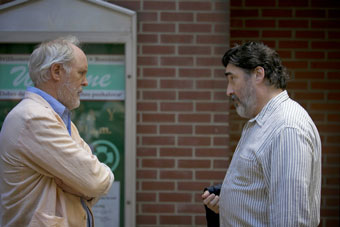 In terms of the filmâs Chopin-heavy soundtrack, however, less would have been more. Love Is Strange is far more effective when Sachs allows a scene to breathe than when he lathers on the sun-dappled NYC vistas set to a tasteful piano score. Sachsâ sensibility has always been an acquired taste. I have mixed feelings on his body of work overall, though Keep the Lights On, which follows a dysfunctional gay coupleâs up and downs over nearly a decade, is a galvanizing, deeply affecting work. With its A-list star power, Love Is Strange courts a more mainstream crossover audience, which makes it that much more perplexing that Sony Pictures Classics, the filmâs U.S. distributor, has opted to release the film in local multiplexes without much fanfare at the beginning of September, widely considered to be the dumping ground for less-than-desirable fare.

Hereâs hoping this lyrical gem doesnât become lost in the end-of-summer shuffle, because that would mean missing out on two splendid, richly layered performances. Lithgow and Molina convey the body language of a longtime couple to such a degree that they effortlessly become part of the filmâs fabric. There are no showy, bravura scenes here, from either actor. When, for instance, Molina is heard on voiceover reading Georgeâs open letter to the school that fired him under such egregious circumstances, he tempers his characterâs anger and disappointment with a quiet acceptance, which perfectly complements the naturalistic glimpses of his former studentsâ daily grind playing onscreen. My favorite scene shows Ben and George enjoying a quiet night at a local gay bar, reminiscing about their decades-long union and musing about how sometimes things work out in the most unexpected ways. Itâs a tender, unassuming payoff for a film that captures that most ineffable of emotional states: the transformative effect one personâs unconditional love can have on another.

Love Is Strange is now showing at the Regal Cinemas South Beach and the Classic Gateway Theater.