Spiritual Leadership By Way of Hallmark 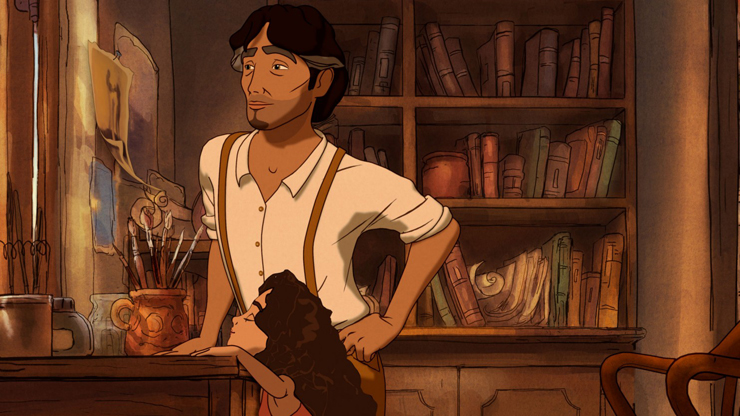 We know Almitra, the feisty whippersnapper who kicks Kahlil Gibran's The Prophet into gear, is trouble the second she appears on screen and wreaks havoc on a picturesque Mediterranean marketplace, tipping over merchandise whenever she's not stuffing it into her pockets. Unlike her Disney antecedent Aladdin, she's not out to simply get by, but is instead acting out her grief, a suffering so overwhelming it's numbed her into silence. Her widowed mom Kamila is at her wit's end, but her apologies fall on deaf ears on the merchants who'd rather hear an "I'm sorry" from the naughty klepto herself. 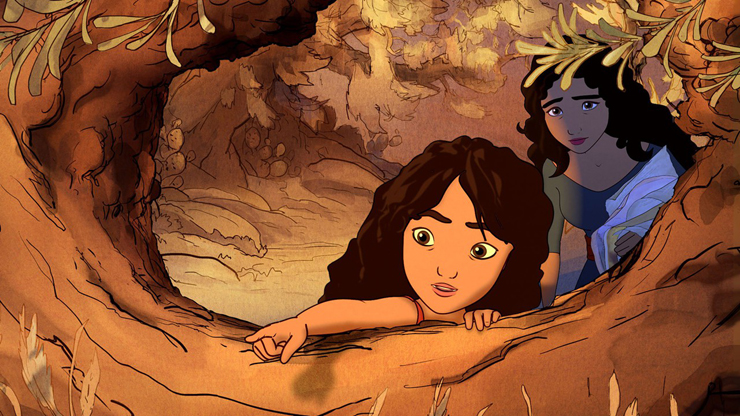 Sounds like an agreeable enough starting point for an independently produced animated feature brimming with behind-the-scenes pedigree. (More on that later.) However, tone-deaf direction â by a Disney alum, no less â and an animation style that's lush on the surface, not to mention derivative character design with mechanical movements that fall short of the fluidity they're striving to capture,Â all but doom this politically-aware slice of spiritual enlightenment before it's even out of the gate. Â

Inspired by the titular Lebanese-American author's 1923 inspirational book, the film uses a threadbare narrative involving Almitra, Kamila and Mustafa, a poet held under house arrest in the mystical city of Orphalese, to highlight passages from the essays that comprise the best-selling text. Here's the problem: Those (all too brief) sequences â a visual rendition of Gibran's prose poetry by a who's who of renowned animators from around the world â make up roughly a quarter of the film's running time. And the story surrounding them is a bust. 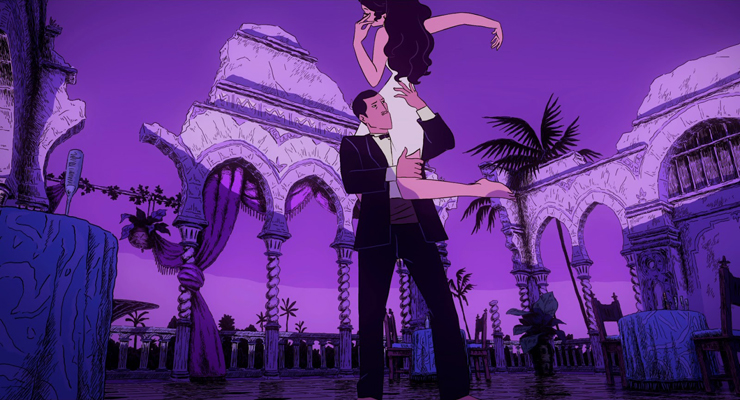 Kamila (the voice of Salma Hayek, who's also a producer), you see, has taken on housekeeping duties at the home/prison of Mustafa (the unmistakable baritone of Liam Neeson), the exiled bard whose seemingly seditious ideas prompted the government of Orphalese to hold him in custody for seven years. One day, Almitra follows Mom to work and meets the political prisoner, and goshdarnit, wouldn't ya know it? This all happens on the same day he's allowed to board a ship that will take the writer to his (unspecified) homeland. Alas, there's a big "if" on which his release depends.

Once Mustafa makes his wise-guru entrance, it appears The Prophet will be heading in an intriguing direction. But it's the film itself that's held prisoner by its cumbersome wraparound storyline, helmed by Lion King co-director Roger Allers, which comes saddled with facile personal breakthroughs and lame comic relief in the form of Halim (John Krasinski), a klutzy guard with an unrequited crush on Kamila. Mustafa's all-seeing gaze misses nothing, and it gives way to some sage life coaching delivered in Gibran's own words. It's essentially a New Age variation on what Iranian director Jafar Panahi (This Is Not a Film, the upcoming Taxi) has been up to in recent years. 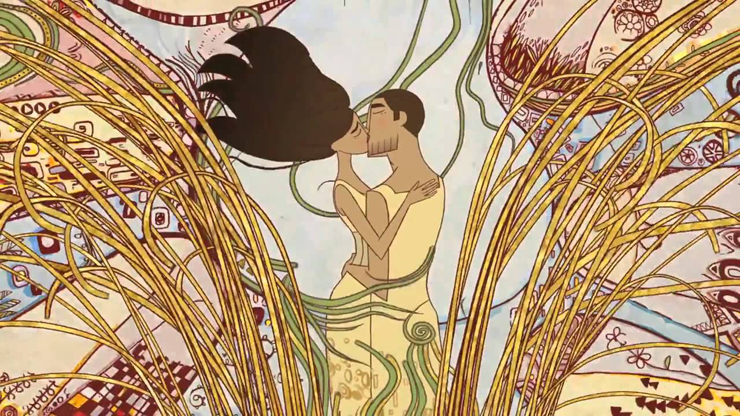 Fortunately, these pearls of wisdom have been visualized in short segments that prove to be an oasis in this arid desert of a movie. When, for instance, Mustafa, talks about freedom, Polish animator MichaÅ Socha's caged birds fill the frame. When he tackles the subject of marriage, an atmospheric moonlit tango by The Rabbi's Cat director Joann Sfar sizzles up the screen. Even the irreverent Bill Plympton, more subdued than usual, gets in on the act with a quite literal depiction of the farm-to-table process that at one point makes a man's intestines resemble the Los Angeles freeway. The most accomplished interlude, which muses on nothing less than love itself, comes courtesy of Irish whiz Tomm Moore (The Secret of Kells), whose trademark ornate curlicues will make you wish he'd replaced Allers and taken over the project. 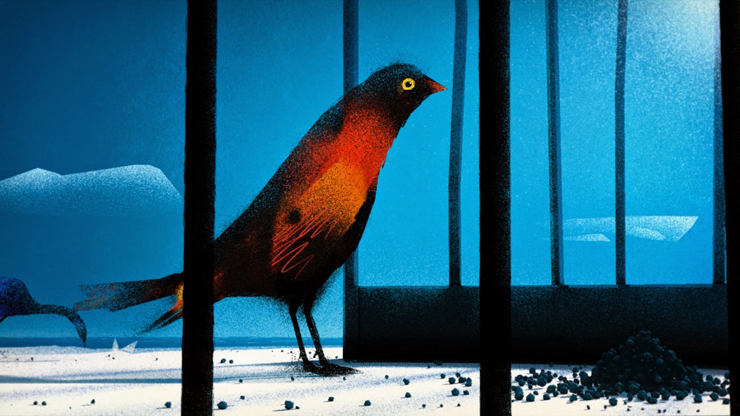 All these contrasting styles are catnip for animation buffs, but there isn't nearly enough plenty here for admirers of the medium to examine and chew on, let alone compensate for the rest of The Prophet. Not even a score by the estimable Gabriel Yared (The English Patient), featuring cello solos by Yo-Yo Ma, is able to overcome its underwhelming been-there, done-that vibe. File this well-intentioned disappointment under curiously uninvolving passion projects. 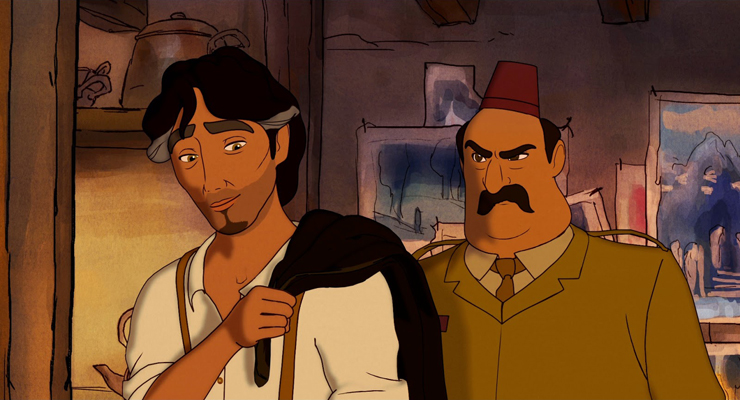