Swing Away From Generic 'Spider-Man' 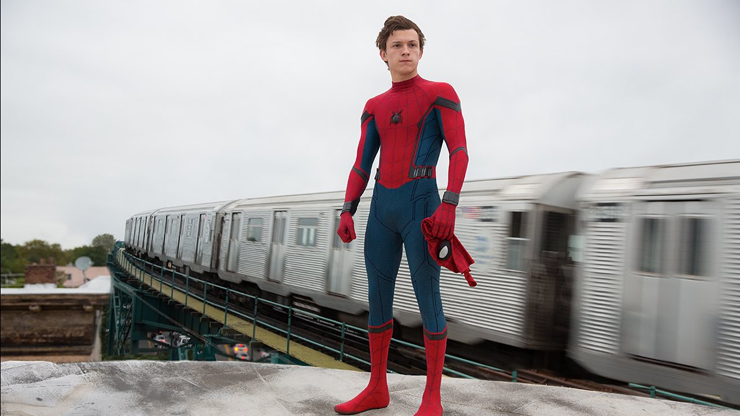 âSpider-Man: Homecoming,â the second reboot of the iconic Marvel superhero in five years, is a sleek, fluidly structured crowd-pleasing machine. It brims with juvenile verve and elaborate but never overbearing action sequences. It gives high-schooler-turned-crimefighter Peter Parker its own shingle in the Marvel Cinematic Universe, paving the way for more tween-friendly fare while giving work to esteemed A-listers to lure in the grown-ups who tag along for the ride.

And I, for one, couldn't wait to get off. The highly anticipated summer release, which aims to meld the clanging derring-do of a studio tentpole with the coming-of-age intimacy of a 1980s John Hughes production, reduces Stan Lee and Steve Ditko's masked webslinger to a generic pipsqueak, a well-meaning klutz who needs to learn Important Life Lessons before earning his stripes as a cog in the MCU's assembly line. 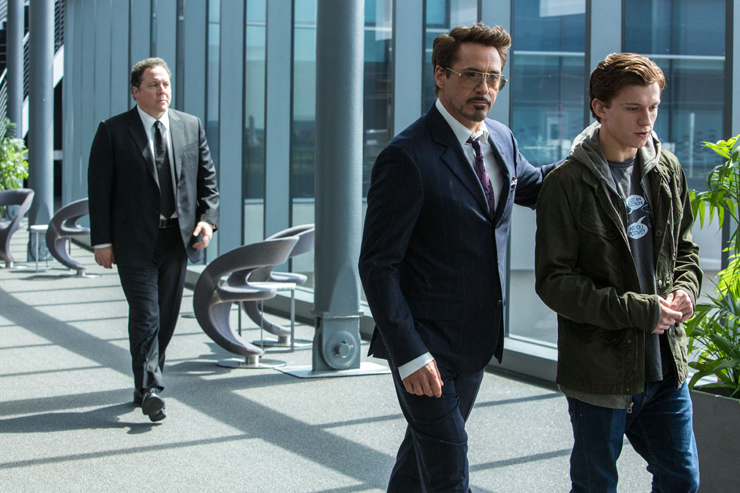 We got our first taste of the squeaky-clean do-gooder in last year's âCaptain America: Civil War,â when he ostensibly stole the show during the fanboy-catnip rumble between franchise properties, er, Marvel's Avengers. That overpraised, astonishingly impersonal sequel focused on laying groundwork for future MCU cash cows at the expense of further developing its titular character, limiting the Cap's emotional arc to a family feud straight out of a daytime soap.

And, as first impressions go, the word that comes to mind when considering Tom Holland's initial take on Spidey is âdweeb.â

By itself, that quality is not necessarily a problem. My beef stems from director Jon Watts' inability to shape this personality trait, or just about everything about his approach to filmmaking, into anything distinctive. âHomecomingâ reintroduces Parker as a very young, very green geek, a gifted student at New York City's (fictional) Midtown Science High School, about as believable an educational institution as âGlee'sâ William McKinley High. His extracurricular activities, introduced via annoying smartphone video taken when Tony Stark, aka Iron Man (Robert Downey Jr.) first takes him under his wing, involves minor community peacekeeping, the superhero equivalent of directing traffic. 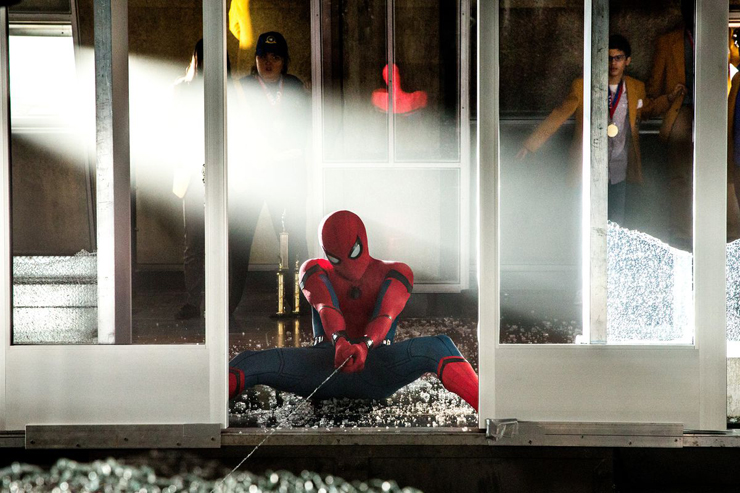 The restless teen, who tells Aunt May (a game but thoroughly wasted Marisa Tomei) he's enrolled in an internship with Stark Enterprises, is ready to move up the food chain and take on bigger crime. An encounter with ATM crooks wielding otherworldly weaponry leads the in-over-his-head rookie to cross paths with Adrian Toomes (Michael Keaton), a contractor who went underground selling firearms made with alien technology after a government agency kicked him and his crew out of a lucrative gig cleaning up the mess left in the wake of the destruction of New York in the first âAvengers.â (I can understand wanting to play the long game, MCU engineers, but that demolition derby hit theaters in 2012. Just sayin'.)

If one is willing to overlook that Watts, working from a screenplay credited to him and five other writers, doesn't grasp the political implications of depicting big government shutting down a private contractor as the genesis of evil, Toomes, aka Vulture, looms large as a juicy antagonist, and Keaton is up to the challenge, precisely because he chooses to portray him, not as a nefarious evildoer, but as a businessman who's been screwed over by Uncle Sam. To some extent, his performance is reminiscent of Alfred Molina's Doc Ock in Sam Raimi's âSpider Man 2,â still the best Spidey screen outing by a mile. 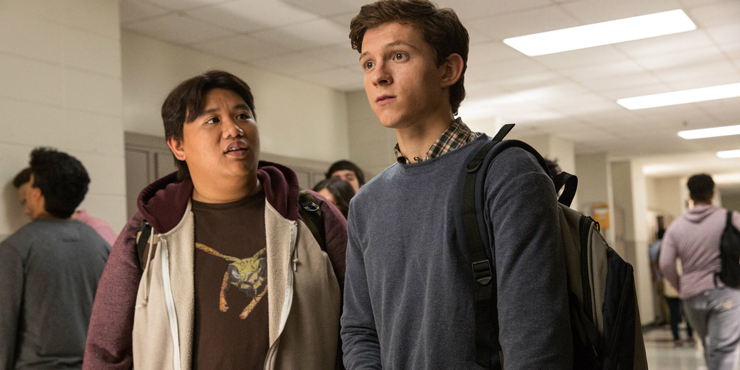 But Watts and his creative team let Keaton's character down, first by keeping him off screen for long stretches, then âsurprisingâ the audience by a twist so cheap and facile it makes the repetitive plotting in ABC's tie-in series âAgents of S.H.I.E.L.D.â look like âBreaking Bad.''

If my mind wanders toward television, that's because âHomecomingâ often feels like a 'roided-up pilot for a season's worth of tidy small-screen fare. There's even a best friend/civilian sidekick, Ned (Jacob Batalon), whose âwhoa, this is awesomeâ shtick grows tiresome mighty quick. There's also a love interest, brainy social butterfly Liz (Laura Harrier), who's beautiful and sharp and seemingly unattainable. Watts has the right idea in positioning Parker as a lovelorn outcast pining away for a girl just out of his reach, and when he (and the film) lets down his guard and opens up, you get a taste of what âHomecomingâ could have been.

But just when you think the movie might break out of its world-building shackles, it reins in such impulses and stays on point. It's not surprising that âHomecomingâ doubles down on the aesthetic uniformity that, to me, prevents the MCU movies from truly standing out on their own terms. What's more disappointing is the finger-wagging this latest franchise entry keeps going for every time Parker makes a boo-boo. Downey, more nondescript than ever as Stark, is saddled with doling out the onscreen lectures and punishment, thus mitigating the sardonic insouciance that made his character special in the first place. It's truly a summer bummer to see MCU's elder statesman relegated to mentoring duties in what ends up becoming an extended âSorcerer's Apprenticeâ scenario, one that turns Parker into Iron Man Jr., complete with high-tech couture and cutting-edge bells and whistles. (Disney did it 10 better back in 1940, in just over nine minutes.) 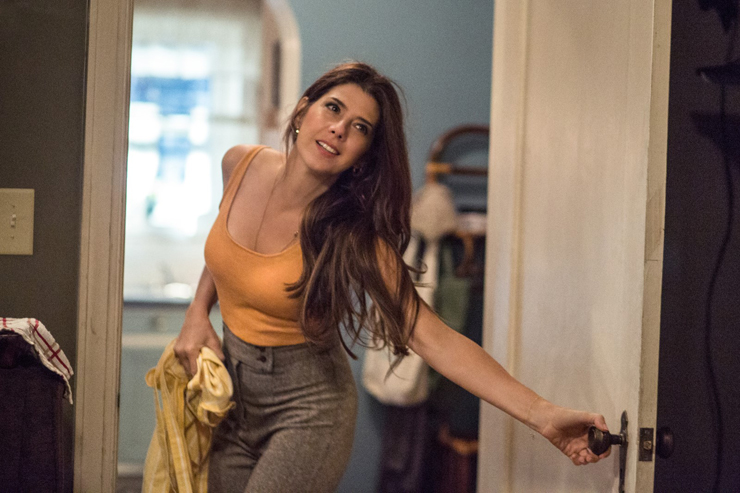 What audiences who resist drinking Marvel's Kool-Aid are left with is a big-budget after-school special featuring competent performances, two well-executed sequences of peril and not much in the way of making any of it the least bit memorable. You could argue that it's âmore faithfulâ to the source material than Raimi's trilogy, but there's little left here of the working class superhero next door who helped make the earlier films, even the much-maligned âSpider-Man 3,â such a kinetic kick. And, apologies to Holland, a likable screen presence, but Tobey Maguire remains the definitive movie Parker from where I'm sitting.

âHomecomingâ is less of a relaunch than it is an acquisition. (For instance, it remains stubbornly vague about how Parker got his super powers.) It's a corporate takeover of a beloved brand, not unlike The Collector, the âGuardians of the Galaxyâ character played by Benicio Del Toro, getting his grubby hands on a long sought-after property. Parker, along with the supporting players on his orbit, all but disappear into the synthetic confines of MCU's Borg collective. They have been assimilated, and it is useless to resist.