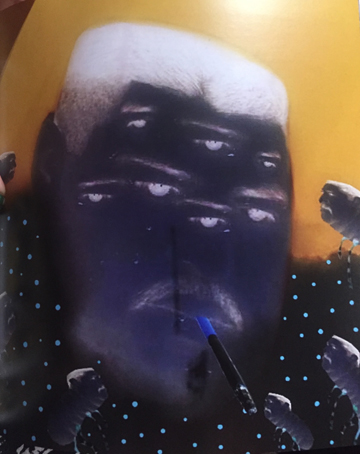 Success in the art world doesnât come easy, and it is never guaranteed, just ask street artist David Anasagasti, better known as Ahol Sniffs Glue, a.k.a. Alouishous San Gomma. I got a chance to chat with him about his new book, his career, the popular eyeballs that have become his trademark, the future of his beloved Miami, and just life in this hectic city in general.

The artist has sacrificed much in order to get where he is today. About five years ago, he was propelled into doing #miamifulltime, after being fired from a corporate 9 to 5 job. During this time, he pulled many all nighters painting walls up and down, many full of his now popular eyeballs that seem to come up like bubbles from concrete. One by one, he sketched them to perfectionâthe paint drying as the sun rose, his body aching. 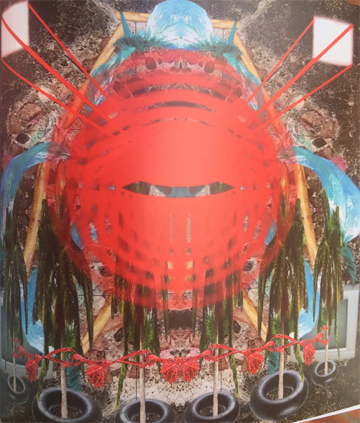 Aholâs hard work has definitely paid off, and thanks to his exito in the city he loves, he has been able to embark on his latest creative voyage, self-publishing a book of virtual collages. "In Cellular F**kery," (Editor's Note: the expletive is spelled out, but since miamiartzine.com is a publication for everyone, we are not publishing the name, but applying editorial discretion.) Â he presents images representative of Miami, the bad and the beautifulâpalm trees, water, dolphins (drug-dealing dolphins), gold chains, cocaine baggies, pools and jelly-fish. The colors he uses are also very Miamiâpink and blue (the colors most notoriously made famous by television show "Miami Vice,") bright shades, and neon tones. He incorporates images from his personal and professional life like his ubiquitous eyeballs, gold chains or âCuban links,â and a pic of him as a kid with a toy uzi, which he used for the bookâs cover.

He had an official book release jam on June 17, 2017 at Rightside Recordings, a recording studio in Allapathah. During the low key gathering, the artists signed copies of his book to some of his close friends, art collectors, and fans.

Also an avid photographer, he takes pictures of various images like those from television shows and from areas around the city on his cell phone. He crops objects (a security camera, a palm tree, an octopus) from his shots and uses them them to create collages, each unique yet thematically connected, filled with imagery related to Miami, a city full of decadence yet sublime natural beauty, a city with many issues, especially the threat of flooding due to climate change. He manipulates the pictures using an old Photoshop app to create works of art that he shares with his followers on Instagram. He selected 40 virtual collages to compile into a book, a keepsake for his fans, a novelty for art collectors, and just a book of cool, trippy, some shocking but humorous, telling and intriguingâvery-Miami art. 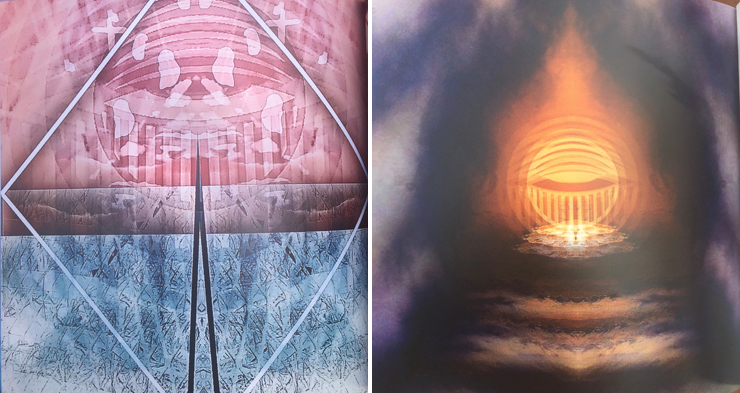 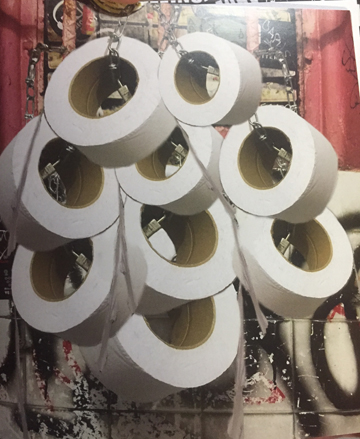 Why half-open, subdued eyeballs, I asked him? Anasagasti explained that they are from his "Biscayne World" characters, who represent the common person. The look a bit like zombies. He explained, that one body part thatâs recognizable is easier for people to digest, and to be noticed in a sea of tags, you have to paint yours over and over and over again. So he painted the half-lit eye balls, eerily symbolic of the subdued masses, multiplied them all over town, and they exploded. His sought-after murals can be seen at Churchillâs Pub, Lotus House, the Urbanica Hotel, inside the DuPont Building, the Margulies Warehouse, and quite a few other local cultural treasures. 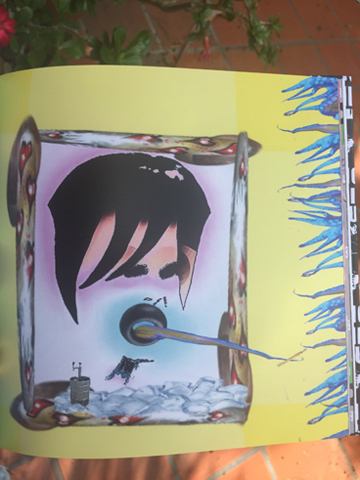 These images may hit a nerve, he says, because a lot of people in Miami (and all over the country) are like zombies, half-conscious of the destruction occurring in their own backyards and unaware of the major cause of issues like climate change, eating meat. The masses are subdued, asleep, too concerned with making it through the daily grind to keep a roof over their heads in a town with rents rising like the sea level, too entertained by alternative facts on television, and too obsessed with the materialism of our consumer culture to pay attention to the fact that we're living in the hottest summer ever recorded. People are stressed. They all believe they have to follow the same path to success. Go to school, get a 9 to 5 job, sit in traffic, eat burgers at McDonald's, hate Mondays.

So, many medicate to make it through the day and put on the television to forget about it, numbing themselves and buying into all the lies they're sold. But as the population grows like Ahol's eyeballs, they multiply like a virus over the earth, taking Mother Nature's resources and not giving back, which is leading to global warming.Â 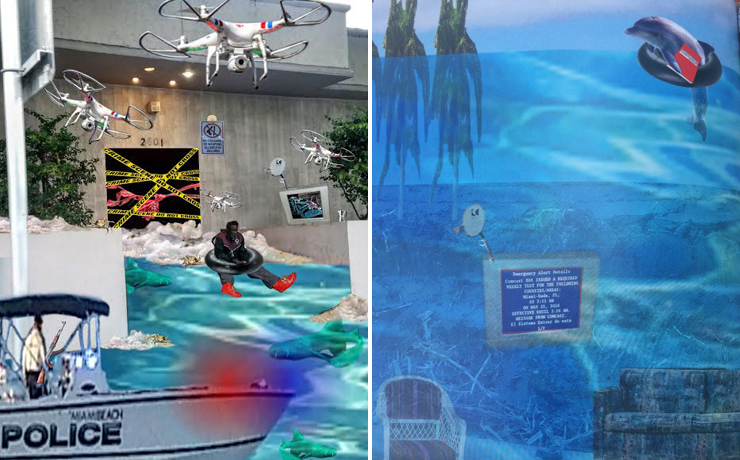 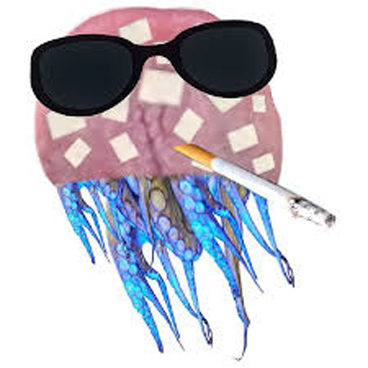 He wanted to be associated with punk rock, not hip hop as is typical of graffiti artists. Punk is all about the common folk rising up against the system and doing things their way. Art is, after all, entertainment and Ahol is not just a visual artist but also a musician. You might catch him play an impromptu performance in noise experimental duo Handelsman & Ahol Sniffs Glue, as he did on June 22, at Churchill's Pub. He said he's been going to the bar forever and spent many fun nights there, and he has shots of the notorious bathroom and it's artistic toilet paper rolls throughout the book to prove it. Anyone else who's had good times at the punk rock palace will immediately recognize them. 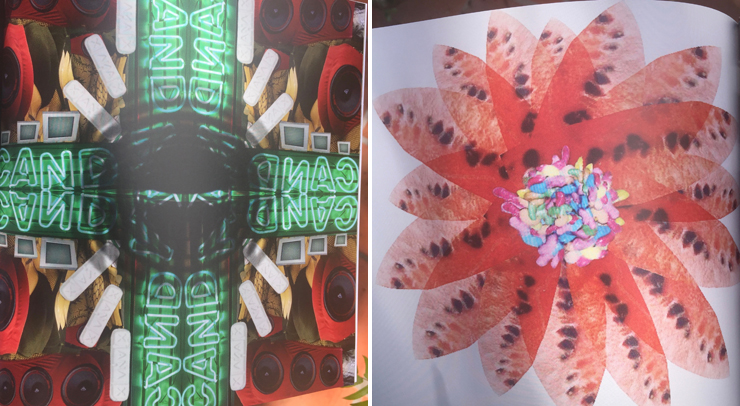 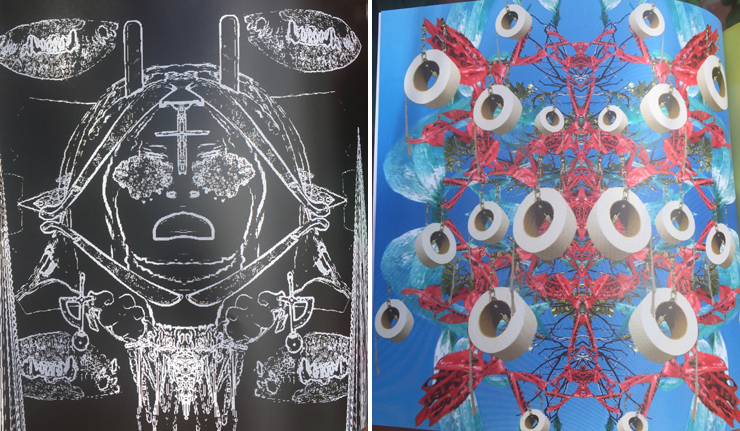 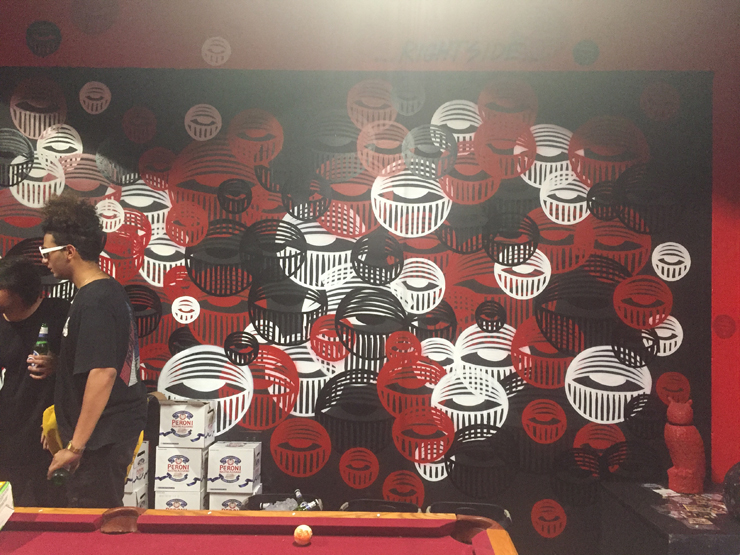 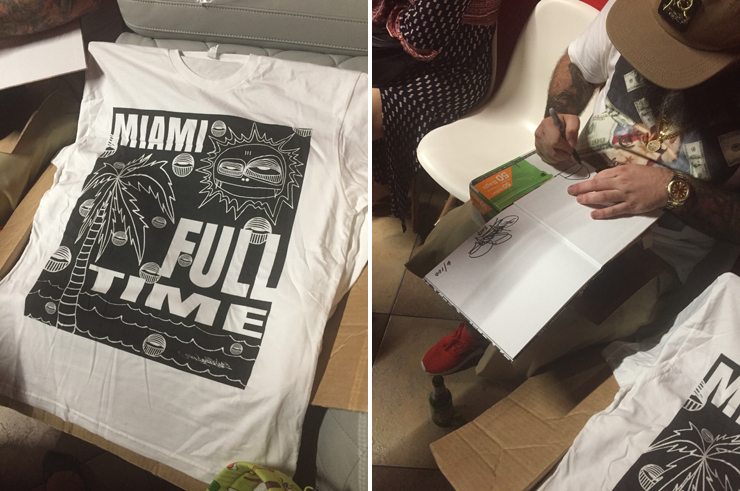 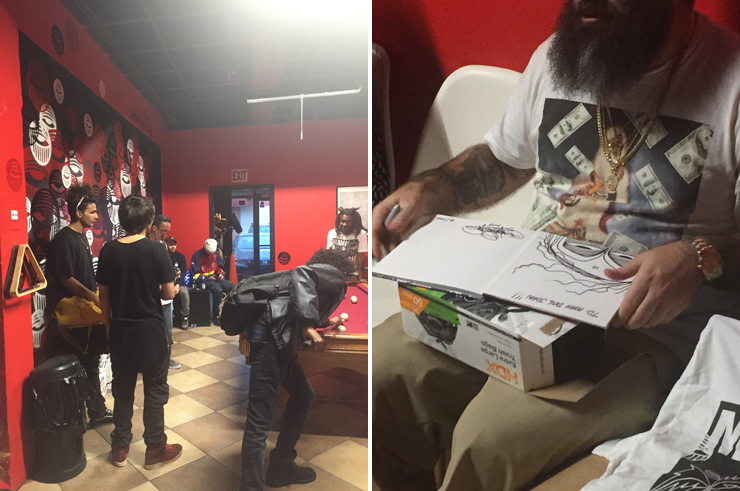 The book will be available at select stores as well as online on the artistâs website aholsniffsgluescybertrapboutique.bigcartel.com/