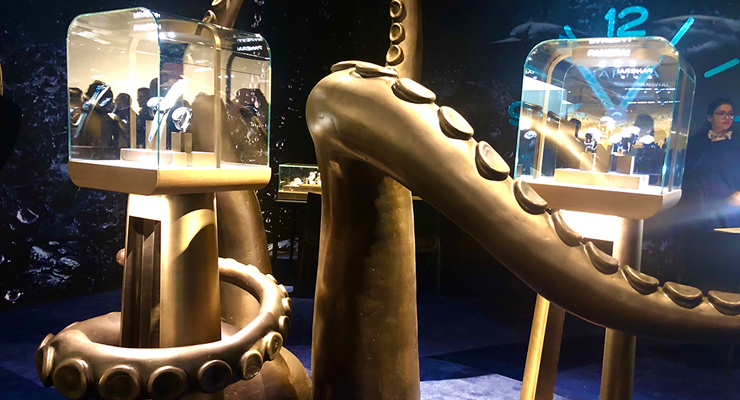 Cool sums up pretty much everything starting from the weather on day one of Miami Art Week, which began with several openings on the most glorious Miami day known to mankind. I did... I saw... I absorbed so much my brain runneth over.

First stop was the ode to good taste, Design Miami, considered the cream of the 2019 design crop showing under a large white tent in Miami Beach across from the convention center. Everything seems... bigger, better... "more" this year. I loved it all right out of the gate. Okay, so a select few things may have elicited the whispered phrase, "What were they thinking??". An entirely new level has emerged for Miami's Art Week extravaganza. The footprint of most fairs has grown as well as important new additions in the line-up. Design Miami is only one of the many putting out their most eco-conscious works as everything from sunglasses to more natural elements echo the water theme for DM's 2019 show. 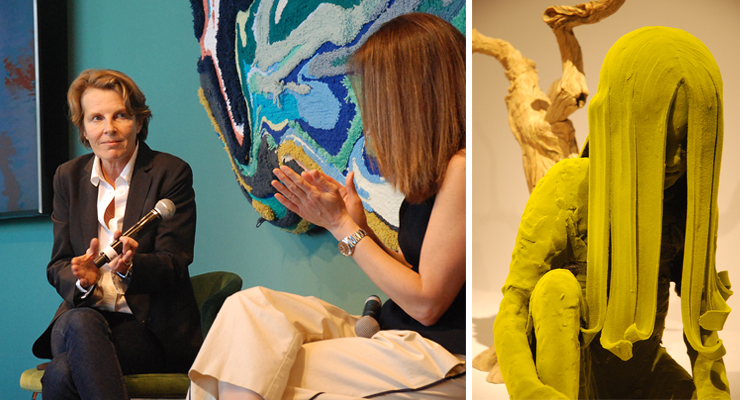 People lounged happily talking and working outside amongst the greenery of Design Miami in the newly opened (and permanent) Pride Park surrounding the tent. If you passed by last week you would have seen a mound of full grown trees piled up as landscapers frantically stuffed them into the earth. Colorful ensembles graced the frames of people from all over the planet as they busily set about the business of being worldly unique.

Â I was lucky to catch one of the first talks in the DM Design Forum presented by SCAD (Savannah College of Art and Design), a discussion with the architect who transformed 100,000 square feet of an old produce warehouse into the latest version and much heralded Rubell Museum in Allapatta, which opened on Wednesday, Dec. 4.

Architect Annabelle Selldorf was in conversation with Architectural Record features editor, Josephine Minutillo. Selldorf has an impressive resume of transforming art spaces from whatever form they once held. The conversation titled "Designing Spaces for Art," Selldorf was an interesting and thoughtful guest. Her career has spun from designing a school in Zambia to the Michael Werner and Neue Galleries in New York City. She believes "the pace with which we look at things is different. Space needs to accommodate different rhythms." I fully intend to head over the the Rubell Museum at as quick a pace as possible. You cannot go five minutes with out someone waxing lyrical over it this week.

While you're in Allapattah, toss in the new close by 28,000-square-foot art museum called "El Espacio 23" opening as well. Jorge Perez (as in the "P"in PAMM) had thousands of pieces in storage up until now, including photographs, paintings, sculptures and videos. The first offering "Time for Change: Art and Social Unrest in the Jorge M. PÃ©rez Collection" will exhibit 80 pieces curated by Colombian Jose Roca along with a 600-page collection of salient essays. 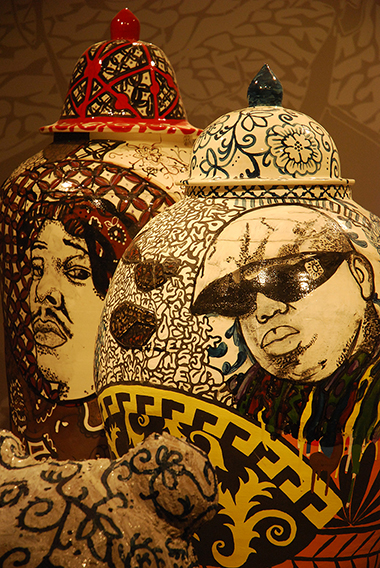 Next stop: Art Miami and CONTEXT. I had to plot a way to get over to the Miami side from the Beach and back home with as little fanfare (fanfair?) as possible. I managed to drive over the MacArthur Causeway with ease and later back via the Venetian Causeway with slightly less ease, but did not need an overnight bag to travel the usual 15 minute jaunt, I'm thrilled to report.

I met with Founder and Managing Director, Elio D'Anna from the HOFA Gallery in London at the CONTEXT fair, an adjunct of Art Miami at One Herald Plaza in a pair of large event tents clinging to Biscayne Bay's view of dazzling sunsets. D'Anna discussed the trajectory of the House Of Fine Art (HOFA), London, which he began in a tiny gallery 7 years ago in partnership with his wife Simonida Pavicevic, cofounder and curator.

Now sporting two other galleries, Mykonos and L.A., the contemporary art of established and emerging international artists continues to grow, encompassing diversity and "cultural relevance". One such poignant example is a curious situation HOFA encountered with the work of Bran Symondson, who served in Afghanistan with the British Army Special Forces unit and also was imbedded as a photographer with the Sunday Times Magazine. The artist's pieces using fully decommissioned AK-47s was seized by Texas airport customs and denied entry, though they came with papers and required artwork documents heading for the Texas Contemporary art fair. The story gained legs as word spread of the upside down incident. I don't think anyone need spell out the irony of this squeeze on art pieces, while fully functional versions remain well peppered about our landscape.

There are "bullets" in each "gun" filled with elements of either destruction or reasons of war, depending on the focus of the each work. 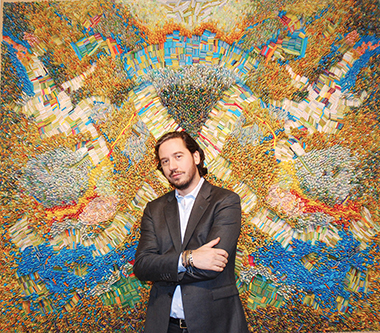 D'Anna mentioned over half of the artists in HOFA are women, a fact that seems to be out in front of many offerings as galleries and museums find their most elevated fair selves.

Â HOFA also shows the massively talented Korean contemporary artist, Ilhwa Kim, who considers herself a sculptor of the senses. Hand dyed hanji paper from the mulberry tree is folded and nestled laboriously side by side by side, her avant garde, intricate paper sculpting and painting techniques come together in a texturally beautiful wholeness. The HOFA gallery is a prime example of the successful young galleries being exhibited at CONTEXT. HOFA just "started doing fairs last year" and already rising in the fast lane. Wang Ziling, another HOFA artist, is in the CONTEXT Platinum invitation booklet.

Â Meandering though Art Miami opening after leaving CONTEXT, I ran into a new sculpture by Miami artist Federico Uribe at the Adelson Gallery from Palm Beach. It incorporates a different usage of his signature repetitive layering of everyday objects until they become much greater than their simple roots. Uribe continues to delight with "Selfie Esteem" constructed of medical paraphernalia delicately woven into the image of a nearly full sized woman. It's distinctive Uribe but not quite as you remember. 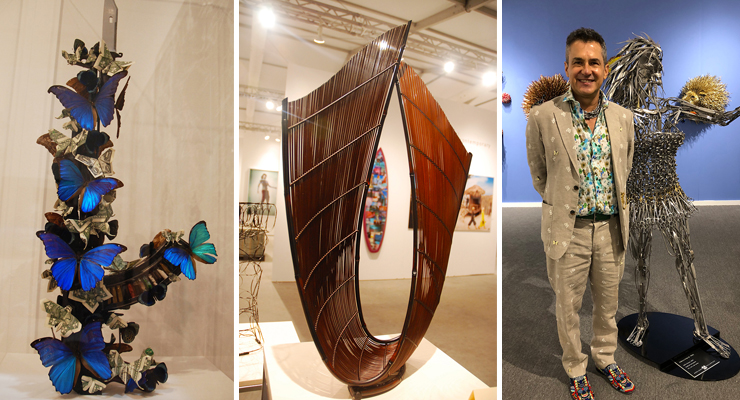 CONTEXT rose in stature for me this year and Art Miami never loses a beat. Being mesmerized by a killer sunset almost usurped the quality of fine art within the Art Miami tent. Sunset and exhibitions complemented each other until one was awash in the joys of life's largesse, though the adherence to serious worldly issues pounded the drumbeat throughout all fairs. It appears looming crises have our attention. Artists are sounding alarm bells all over town. Even the once shiny slick food/drink oases within art fairs now have a woody, greeny charm to let you know that their adherence to the word "sustainable" is loudly self aware. Ignore the message at our collective peril.

Helpful hint... Green places to calm down and soothe achy feet and minds: