McPhillamy, who lives in Westchester County, N.Y., has appeared in productions at Florida Stage, The Promethean Theater, The Maltz Jupiter Theatre and Palm Beach Dramaworks in West Palm Beach. Originally from the U.K., he proudly says he's been a United States citizen for 10 years.

A graduate of the Royal Central School of Speech and Drama in London where his classmates were Judi Dench and Natasha Richardson, and where Sir Lawrence Olivier was a patron, McPhillamy looked up to Olivier, John Gielgud and Academy award-winning, legendary English actress, Peggy Ashcroft. 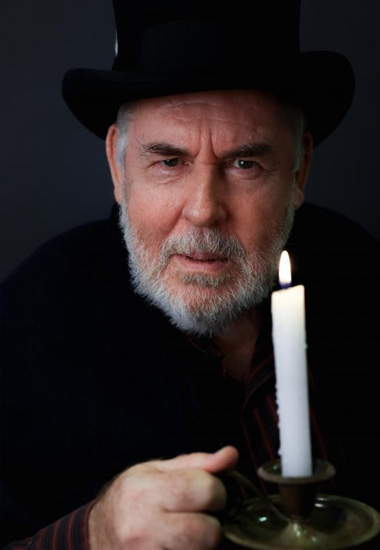 âIâm happy to be returning to South Florida,â he says, giving credit to the Florida theater community. âThere's a thriving community here and an abundance of talent in South Florida.â

He's also happy to be working again with City Theatre's artistic director, Margaret Ledford, for whom he has worked with twice before.

âWhen Margaret asked me to play these 18 roles, my first thought was it sounds like a lot of work,â he jokes. âHowever, once I read the script, I loved it and thought it was fantastic,â he says. âThere's a novelty value in the production because it's a storytelling piece, something that is rare these days.â

âHumans have been telling stories since the dawn of history. It's that kind of experience and I'm fascinated to see how it will be received in this age of Netflix.â

âWe hope to spark imagination,â he says. âIt's a very atmospheric piece with a hopeful message.â

âHowever bad things seem or are whatever mistakes we make in life, there's always a way to put things right,â McPhillamy says. âThat's the message of this play.â 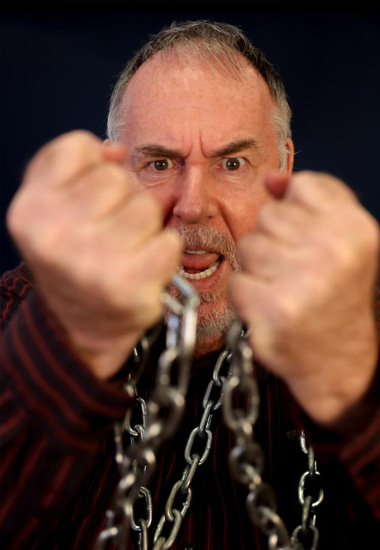 âThe story has heart and the writer approaches it with an enormous compassion and understanding for human folly,â he says.

McPhillamy says preparing for the role of 18 characters, including the narrator, Ebenezer Scrooge, Jacob Marley, Bob Cratchit, the record keeper and the Bogle, (a Scottish sprite) is not all that different from playing one character.

âYou have to learn your lines and figure out where to be on stage,â he says. âIt's all the same.â

âHowever,â he says, âIt's a challenge and an advantage not to share the stage. There's some freedom in that.â

McPhillamy met his wife, Patricia Conolly, an Australian actress, while they were both cast in Neil Cowardâs last major Broadway show in 2000, âWaiting in the Wings,â produced by legendary producer Alex Cohen (âif God had meant me to ride in taxis he would not have invented limousines.â)

It was McPhillamyâs first acting job in America. He played âthe small but crucial roleâ of the second St. John's ambulance man carrying out a dead body during the opening scene.

âThe role is memorable for may reasons, not the least is that I met Patricia,â he says.

Also a blogger and author, McPhillamyâs book, âAn Actor Walks into China,â details his experience playing King Lear in Beijing in 2008, one of the highlights of his career to-date, he says.

Another highlight was playing the National Theatre in Londonâs West End for five seasons.

He's performed in tiny theaters in rural Maine and the remote Scottish Hebrides islands, as well as in large venues such as the Guthrie Theater in Minneapolis, the Mark Taper Forum in Los Angeles, CA, (and of course, the Adrienne Arsht Center in Miami.) 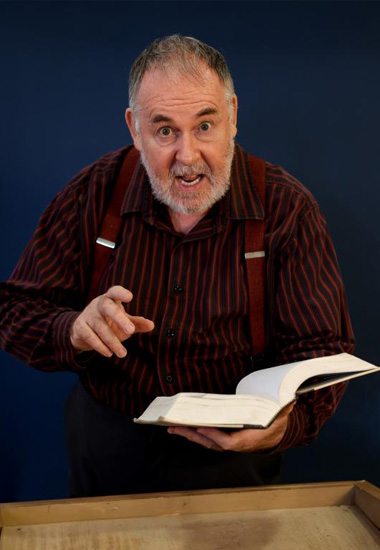 âIt's a beautiful show,â she says. âBoth the writing and the story as well as the holiday theme are all relevant now. Besides the theme of redemption, the story is about the perils of isolation and underscores humanity and being kind to one another â all relevant topics in this era of COVID-19,â says Ledford.

âAfter living with the pandemic for almost two years, witnessing a continuing struggle for racial and gender equality, financial equity and seeing people we haven't seen in a long time, this is a story about love and renewal.â

âPlus, it's funny,â she says. âTo be able to laugh, put a smile on your face and a glow in your heart, this is something we all need at this time of year.â

The Arsht Center is a Toys for Tos drop location. Bring an unwrapped to to the Arsht Center's collection box at "Jacob Marley's Christmas Carol" from Dec. 2 to 9.