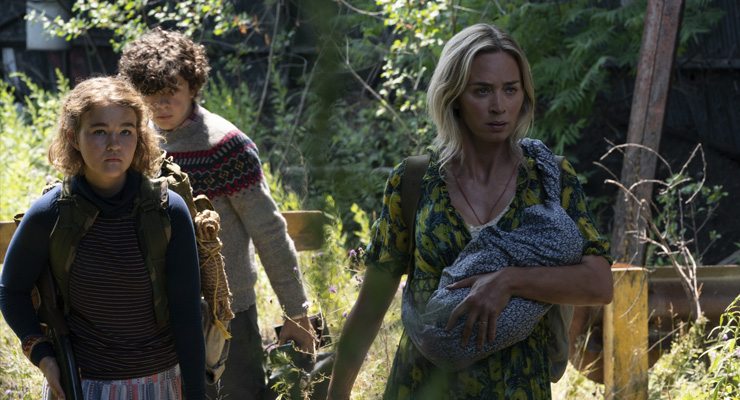 The calendar says early summer, the temperatures are on the rise, and the classrooms are emptying out. Thus, you'll be forgiven if you do a double take when you steal a glance at the studio releases now showing at your recently reopened multiplex, only to find a lineup that resembles All Hallows' Eve.

No, you are not hallucinating, and no, a powerful entity has not put a curse on you (though some people up on the big screen aren't as fortunate). If it's summer, it used to mean a handful of lower-budgeted horror offerings would be looking to capitalize on overflow crowds looking for a Plan B if all showings of the tentpole extravaganza they wanted to see were sold out. Nowadays, though, the spine-tingling chillers are the tentpoles, and there are two big sequels vying for your moviegoing dollars this weekend.

You will find this supersized genre fare thumbs its nose at bleak resolutions and depicting triumphs of evil over forces of good. They also tend to keep tabs on their gore content: a few flourishes here and there, but not enough to upset the faint of heart or fussy suburban family crowds. Your humble reviewer would be lying if he said you won't feel like you're getting your money's worth, but much like the prototypical summertime release, they're not likely to leave much of a dent on the cerebral cortex.

And that's fine, really. It would be almost unfair to ask too much of these visceral diversions, with their mechanical jolts and overqualified casts. These two, in particular, benefit from showcasing husband-and-wife teams, one based on a real-life couple, the other an actual real-life couple collaborating on their second project together. They romanticize the shopworn but still vital notion that there's no greater source of strength than family ties. That positive energy is a talisman I'd be glad to wear. 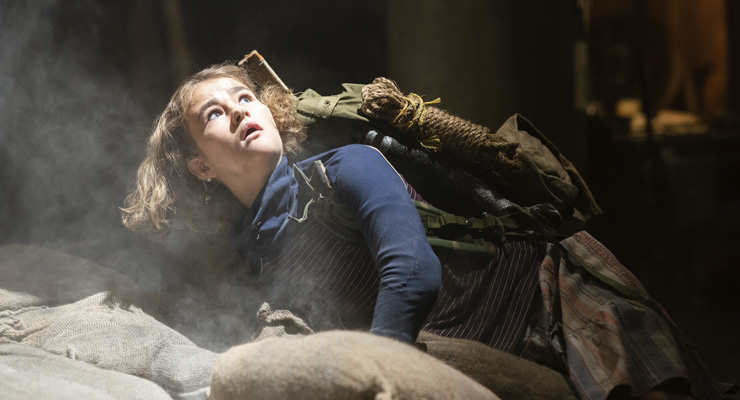 âThe Conjuring: The Devil Made Me Do Itâ: Horror at the movies is filled with iconic figures. A creepy image that looks good on a poster and raises the hairs on the back of your neck in the confines of a darkened auditorium can become the foundation for a multimedia empire. What you see less often is a franchise driven by a do-gooding duo as opposed to a goose bump-inducing villain. The âConjuringâ movies prove that good, pure-hearted characters can put butts in seats about as reliably as, say, Mr. Krueger, Mr. Myers and Mr. Voorhees. Vera Farmiga and Patrick Wilson have given paranormal investigators Lorraine and Ed Warren a glossy and heartfelt movie-star makeover since 2013, and even though their third outing is hardly the atmospheric winner the first one was, their comforting chemistry prevails over the franchise fatigue that casts a pall over this otherwise serviceable sequel.

The year is 1981, and the film begins just as the Warrens are about to supervise the exorcism of David Glatzel (Julian Hilliard), an 11-year-old with thick glasses and a sweet disposition. Also, he's possessed by a demon. You brace for a jump-scare during a bedtime conversation with his older sister's boyfriend, Arne Johnson (Ruairi O'Connor from the Starz series âThe Spanish Princess), only to discover director Michael Chaves (âThe Curse of La Lloronaâ) and screenwriter David Leslie Johnson-McGoldrick (âOrphan,â also starring Farmiga) have genuine affection for these characters, and consequently play the scene for pathos. 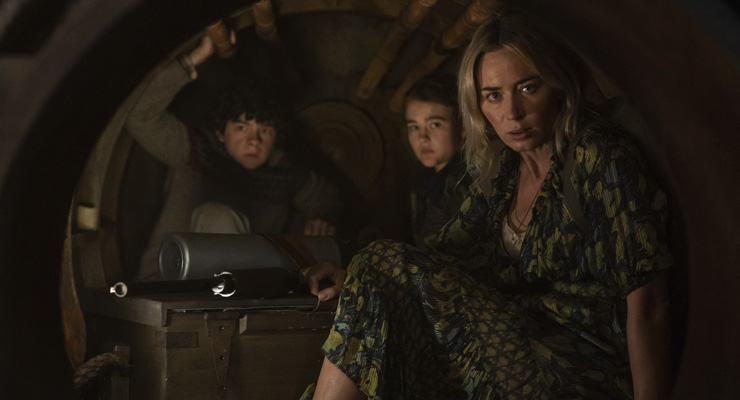 Then the filmmakers unleash hell, beginning with a nod to âThe Exorcistâ that's too on the nose, followed by some competently staged mayhem that recalls âPoltergeistâ and Sam Raimi's âDrag Me to Hell.â The exorcism does not go according to plan. Actually, it's a complete disaster, sending Ed to the hospital and the unholy being tormenting David into another human host.

Ed was the only one who witnessed the demonic transfer, but he's out for the count in a hospital bed. By the time he regains consciousness, it's too late. A cop spots Arne walking aimlessly down the road, his shirt covered in blood, and this is when the third âConjuringâ morphs into a supernatural police thriller, as the Warrens race against the clock to prove Arne did not commit the heinous crime he's accused of, at least not of his own volition.

In terms of phantasmagoric imagery, Chaves, who takes over from âConjuringâ and âConjuring 2â director James Wan, lacks the other director's visual flair and knack for turning the screws on an audience. He's a journeyman taking over from an auteur, and the change in sensibility shows. And yet, considering the TV-movie-of-the-week, ghoulish âLaw and Orderâ direction the narrative takes, he turns out to be an adequate choice for telling this particular tale. 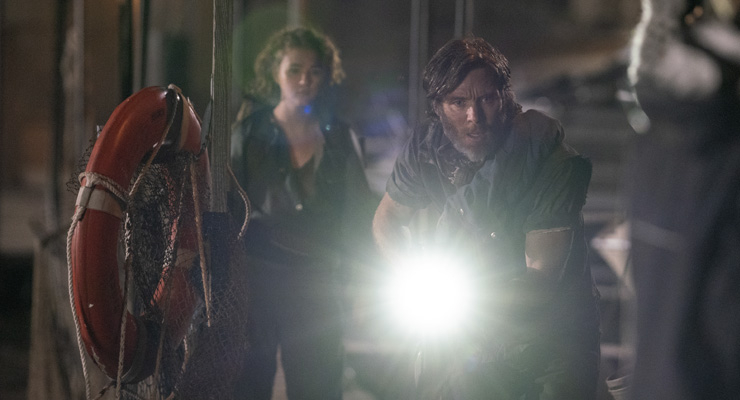 Millicent Simmonds as Regan Abbott and Cillian Murphy as Emmett in a scene from "A Quiet Place Part II." Courtesy: Paramount Pictures.

Actually, for the first hour, âThe Devil Made Me Do Itâ hums along like a well-oiled fright machine, but as unsettling clues lead to actual answers, the film begins to lose steam before it opts for a tired and rote climax that's highly reminiscent of the way âPoltergeist II: The Other Sideâ headed south following a strong first half. There's even a creepy preacher figure that reminded me of the âPoltergeistâ sequel's evil pastor: Kastner (âThe Lord of the Rings'â John Noble), a retired priest who knows an awful lot about the Occult, and thus proves to be a valuable guide when the Warrens find themselves grasping at straws.

Granted, the resolution here feels preordained, but when you're watching Farmiga and Wilson doing their marital bliss routine, it hardly matters. Their tender interaction also shows the franchise for what it actually is when you take away the scary movie trappings: a new millennium variation on the âThin Manâ movies (1934-1947), that TCM-friendly sextet of comedic whodunits headlined by William Powell and Myrna Loy as a happily married couple, based on Dashiell Hammett characters, whose effortless spark helped solve the most confounding murder cases. (I've seen the first two and can vouch for those entries' awesomeness.)

Like that popular pairing, the âConjuringâ films are powered by their star appeal, and Farmiga, whose screen presence recalls Golden Age fixtures like Joan Crawford (those radiant saucer eyes!), continues to be the franchise's MVP. Once again, she captures Lorraine's ethereal warmth. As for Wilson, God love him, he still looks hunky wearing grandpa glasses and walking with a cane. Their syrupy but disarming bond shows the most gratifying part of this aging franchise never gets old: the couple that goes demon hunting together stays together. 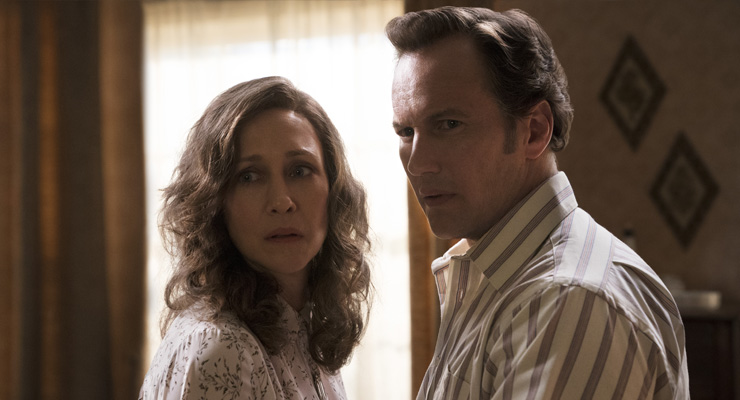 Vera Farmiga as Lorraine Warren and Patrick Wilson as Ed Warren in a scene from "The Conjuring: The Devil Made Me Do It," a Warner Bros. Pictures release. Photo Credit: Ben Rothstein.

âA Quiet Place Part IIâ: So here we are again, in an alternate reality where ugly and deadly visitors from outer space with a glaring, auditory Achilles heel fell from the skies and reduced Earth's population to a hardened, PTSD-afflicted sliver hiding away in locations where they are able to subsist by adhering to Rule #1: don't make a sound.

When âA Quiet Placeâ opened in 2018, audiences lapped up that movie's anxiety-inducing conceit, to the tune of $188 million at the North American box office and $340 million worldwide. Me? Sure, I was entertained, when I wasn't screaming at director and star John Krasinski to pipe down, already. Considering the characters' survival hinged in large part on their ability to withhold from making loud noises, lest they draw attention to the invasive species with the hypersensitive eardrums, the first film had a tough time clamming up. The most eyeroll inducing element? That score by Marco Beltrami, which often made the movie sound like a bad trailer for itself. The manipulation of sound of sound would have been enough, more than enough, but Krasinski's kept relying on music cues. It was a crippling crutch. 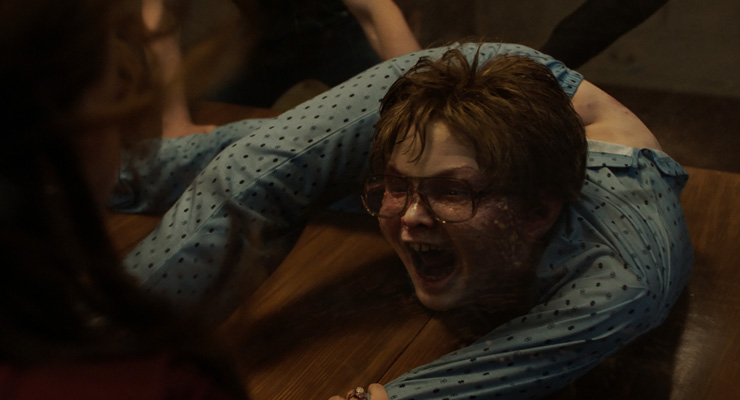 And yet, despite the hamfisted elements that made the movie less of an exception than a better-than-average rule for a movie from Platinum Dunes (aka Michael Bay's production company), I found myself becoming invested in the Abbott clan: resourceful dad Lee (Krasinski, rocking some mighty facial hair and equally mighty biceps), problem-solving mom Evelyn (Emily Blunt, Krasinski's partner in work and in life), stubborn daughter Regan (Millicent Simmonds, so good in Todd Haynes' âWonderstruckâ), sensitive son Marcus (Noah Jupe, so good in HBO's âThe Undoingâ).

âPart IIâ begins with a solid prologue/flashback that chronicles the day the aliens arrived. Krasinski, completely taking over screenwriting duties from original Part I scribes Bryan Woods and Scott Beck, lays on the Americana thick, as Lee is seen running errands in the Rockwellian village of Millbrook, New York, before he joins the rest of his family at Marcus' Little League baseball game. Fire and smoke from up above interrupts the idyllic gathering, and it doesn't take long for Millbrook to turn into a minefield of (PG-13 level) carnage and destruction. 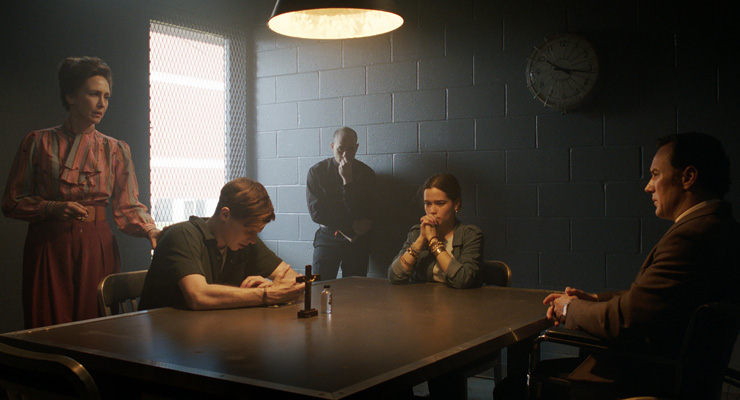 Vera Farmiga as Lorraine Warren, Ruairi O'Connor as Arne Johnson, Vince Pisano as Father Newman, Sarah Catherine Hook as Debbie Glatzel and Patrick Wilson as Ed Warren in a scene from "The Conjuring: The Devil Made Me Do It," a Warner Bros. Pictures release. Courtesy of Warner Bros. Pictures.

Then he cuts back to the exact point where the predecessor left off. While there is barely enough narrative meat on these bones to justify a follow-up to a movie that, admittedly, ended in what felt very much like a cliffhanger, Krasinski mostly uses the limited screen time to his advantage, deftly alternating between skillfully staged set pieces and moments that allow the characters, and the viewer, to take a time out.

The balancing act works more often than not, especially once the surviving Abbotts, including a newborn baby, happen upon Emmett (post-apocalyptic cinema vet Cillian Murphy) an old friend of Lee's who's holed up at an abandoned steel foundry. The industrial setting makes for some arresting tableaux (Krasinski and cinematographer Polly Morgan do like their long shots). Actually, this sequel benefits from a change in scenery, one that expands further when Regan, who is hearing impaired, decides to go seek the source of a radio signal on her own. 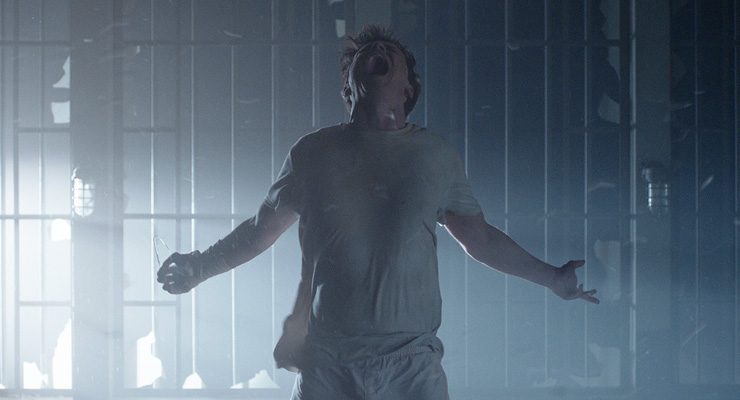 Ultimately, it's the younger players who make all the difference here. Let's be real: there's no persuasive reason, other than revenue making, for a âQuiet Placeâ sequel. And yet, Simmonds and Jupe make you give a damn. The way their characters overcome their fears transcend the biggest drawbacks from this franchise entry: it feels too much like a retread of the first film, and perhaps more disappointingly, it seems disinterested in exploring the aliens beyond their bogeyman/scary creature status. Sure, âJurassic Parkâ callouts are all well and good, but I was left wanting to know more about these efficient killing machines. Perhaps that's something that could be addressed in âA Quiet Place Part III,â an apparent inevitability, given how abruptly this second chapter, about on par with the first, comes to a stop.

âThe Conjuring: The Devil Made Me Do Itâ is now playing in wide theatrical release, including several IMAX engagements. It is also streaming for the next month on HBO Max. âA Quiet Place Part II,â the current box office champ, continues its theatrical release across South Florida, including IMAX showings at the AutoNation IMAX in downtown Fort Lauderdale.