Poetic Art With A Miami Statement 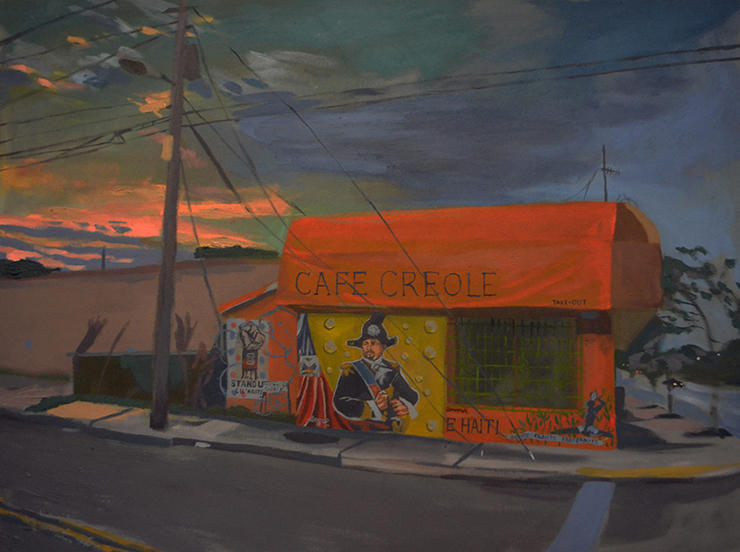 âHere you have these cocktail garnishes floating in this vortex, this endless universe,â explained Amy Galpin, Ph.D., newly appointed Chief Curator of the Patricia & Phillip Frost Art Museum FIU, as she took me on a private tour of the current exhibit: "Deconstruction: A Reordering of Life, Politics and Art."Â

In her poetic words, she was describing one of the largest, central pieces of the show. Illustrating otherworldly tropes of exoticism, Gonzalo Fuenmayorâs âThe Happy Hour Graphite,â created especially for this exhibition, references the popular fragment of time with discounted alcoholic beverages. Suspended in outer space, the tropical cocktail garnishesâ some shaped like starsâ portray escapism through intoxication, which is prevalent in our local culture, so infused with nightlife.

Like Fuenmayor, the other eleven Miami-based artists in the exhibition all take apart familiar objects or images, a few include found objects from their environment, and they reorder them into a work of art, which makes a statement about our Miami. 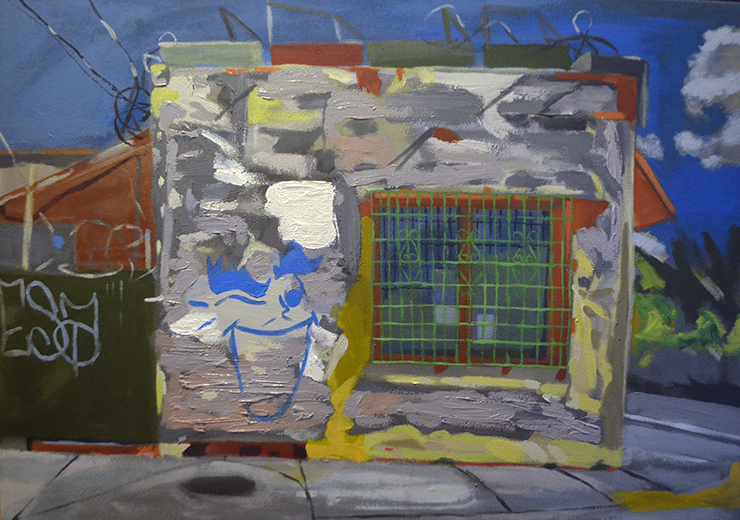 In from âBooties and Astroturf to Walk on the Moon,â Zachary Balber depicts the concept of âbeing exhausted from excess,â said Galpin. A man in booties is sprawled across a lawn of astroturf at a luxurious house. With a background in commercial photography and real estate, the artist has had exposure to some of Miamiâs most expensive properties. As a kid, he wanted to step inside these palatial homes and indulge in an extravagant lifestyle much different than the one he experienced at home. The piece is from his series Intimate Strangers, which depicts his exposure to some of these homes and the feelings concocted from his childhood desires. 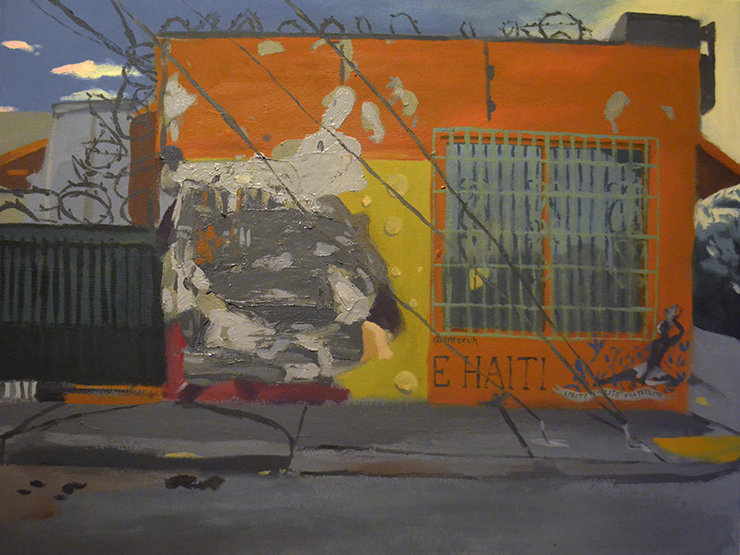 These tropes of exoticism, motifs of escapismâ including lunar visitationâand elements of luxury are all relevant to Miami and its aesthetic.

Other present themes include gentrification, which the Magic City is no stranger to. Eddie Arroyoâ paintings â1294 NW 54th Streetâ highlight this issue. The exhibit includes three of his paintings of a corner building in Little Haiti that serve as a triptych representing the evolution of the facade. As Galpin explained, âYou see the same building painted in three different years, 2016, 2017, and 2018. It forms a very dynamic triptych and shows how the building changes over time.â Originally, the building had a mural from Serge Touissant on its exterior. Eventually, it was obliterated and now some graffiti art is sprawled on the surface. Galpin mentioned that his work depicts âLoss of community, loss of local tradition and local heritage.â

Overall this is a cool exhibit featuring some of the most talented local artists deserves recognition. I would recommend it to everyone looking for a little slice of local arts and culture to visit it before it closes.