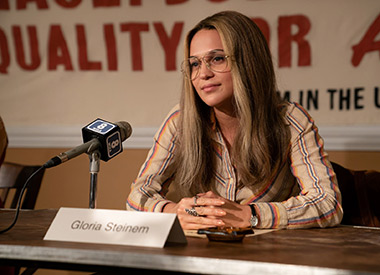 Alicia Vikander as Gloria Steinem in "The Glorias." (Photos courtesy of LD Entertainment and Roadside Attractions)

Maybe you remember the name Julie Taymor, best known for her 1997 Broadway hit "The Lion King," which made her tops of the list for her direction and costume design.

You do remember, the masks and the puppetry and how it changed the vision of Broadway productions. Yes, Taymor captured me then but, in 2002 the biopic "Frida" showed me her directorial film savvy.

She uses much of the same sincere, visceral, yet sophisticated approach to "The Glorias."

While "The Glorias" could well have stood on its own just because of its subject matter â a biopic of feminist Gloria Steinem based on her 2015 memoir "My Life On The Road," with Taymor behind the helm the film shies away from being a plodding biography and weaves throughout as an intriguing narrative. Yes, based on a real life, but where so many of these types of films descend down a rabbit hole, characters in "The Glorias" are the story and not don't just act as one dimensional window dressing to hold up the main character. 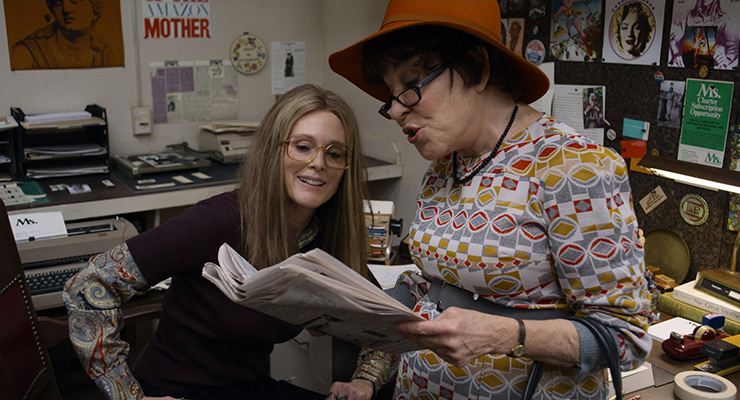 Julianne Moore as Gloria Steinem and Bette Midler as Bella Abzug in "The Glorias." (Photos courtesy of LD Entertainment and Roadside Attractions)

Most notably in this camp is Timothy Hutton as Leo, the daydreamer father who believes there's a pot of gold around every corner. He's a salesman, full of wanderlust. He can't stay in one place too long and packs up the kids and a mentally troubled mom (Enid Graham) with a trailer hitched to the back of the car. Whatever about school for their daughter. Leo says seeing Ameria is all she needs.

While it is called the "Two Glorias," there are actually four â well five if you count the cameo by Ms. Steinem herself. 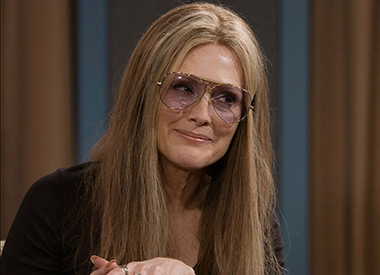 Julianne Moore as Gloria Steinem in "The Glorias." (Photos courtesy of LD Entertainment and Roadside Attractions)

The Glorias are the 6 year old (Ryan Kiera Armstrong) who loves the childlike notions of her father, the 12 year old (Lulu Wilson) who is starting to realize the magnitude of her mother's illness and is growing tired of dad's selfish shenanigans. There's Alicia Vikander who plays Gloria Steinem as a feisty journalist who is tired of working on fashion stories and sexual harassment of her male colleagues. Then, there's Julianne Moore, who plays Gloria Steinem from her 40s to her 80s. All of The Glorias pop in and out of each other's lives. Taymor employs a bus where the personalities in their different ages converge, speaking to their older selves about their younger selves.

The movie, casts light on the women's liberation movement, along with the abortion rights, which is on point as we are staring down the barrel of the possibility of a conservative Supreme Court, and, of course, Steinem's founding of the Ms. Magazine, a no holds barred feminist manifesto that Harry Reasoner in his CBS commentary predicted failure and, as shown in the film, had to return on another segment to eat his words.

Bette Midler makes an appearance as feminist Bella Abzug but the portrayal veers too much into Midler's Sophie Tucker persona.Â

Moore plays Steinem as the older and wiser version. And with just the right reserve to counter Vikander's energetic portrayal of the up and coming Steinem. Vikander won an Academy Award for Best Supporting Actress for her portrayal in The Danish Girl.

There could be an Oscar in her future. She's riveting as is the rest of "The Glorias."

Put it on your must watch list.Â

"The Glorias" is now available for purchase on Digital and Streaming exclusively on Prime Video.