Evelyn "Champagne" King's talent was discovered while she was cleaning a record studio's bathroom when she was 16 and the disco sensation's career hasn't stopped.

In the 1970s and '80s she had a string of hits that put her top of pop and R&B charts, songs that displayed her powerful vocal talents.

She's coming to the Pompano Beach Cultural Center on Saturday, May 21 at 8 p.m. with a live band, which also features her husband guitarist Freddie Fox, who serves as her music director. 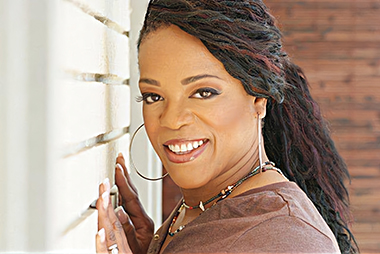 Evelyn Champagne King comes to the Pompano Beach Cultural Center for a show on Saturday, May 21.

King promises South Florida audiences that she's "going to be dropping it like it's hot" at the show, which is sponsored by the Pompano Beach Cultural Affairs Department as part of its Pompano Beach Arts Music Series 2022.

The first question usually on everyone's lips is why "Champagne."

In a 1989 interview, the singer explained that her nickname was "Bubbles" and "Champagne" came from that.

Hailing from the Bronx, King came from a showbiz family, with her uncle being the actor and singer Avon Long and father, Erik King, a popular vocalist in New York City.

She moved to Philadelphia when she was a teen with her mother and the pair shared jobs including cleaning houses and offices, but she still shared a passion for singing and music.

The singer got her big break when she and her mother were cleaning the Philadelphia International Records' studio, performing their cleaning duties, when producer T. Life overheard King singing in the ladies' room.

He followed the voice that was belting out the Sam Cooke classic, "A Change is Gonna Come" and found the 16-year-old singing in the bathroom. T. Life quickly signed the young artist with a production deal and a contract with RCA Records.

With Life as producer, the pair got to work on her first recordings, with the result being "Dancin' Dancin' Dancin'." By 1977, they had enough material for an album, releasing "Smooth Talk" that same year. The single "Shame" was to be her career-launching single, gaining widespread airplay as well as breaking into the Top Ten of the R&B and Pop charts. It was also one of the first records to be inducted into the Dance Music Hall of Fame.

The second single, "I Don't Know If It's Right" in 1978 found further success, selling Gold and reaching number seven in the R&B charts. The album went on to be a huge success, with this production partnership continuing for two more albums, "T. Life: Music Box" and "Call on Me."

In the early 1980s, King left Life for the producer Kashif, soon finding two No. 1 hits with the singles, "I'm in Love" and "Love Come Down." 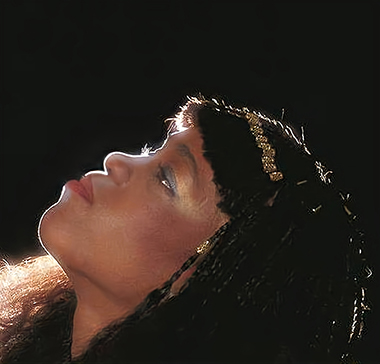 Evelyn "Champagne" is best known for her hit disco single "Shame," which was released in 1977 during the height of disco's popularity. She'll be in Pompano Beach on Saturday, May 21.

Her albums continued to place highly in the charts, with 1982's "Get Loose" selling double-Platinum, garnering attention from EMI Records, who signed King in 1988. King worked with Leon F. Sylvers III on "Flirt" that same year, which reached number 20 in the R&B charts. "The Girl Next Door" followed in 1989 but failed to live up to the same commercial success.

In 1995, she signed with British label, Expansion, releasing "I'll Keep a Light On" which featured the musicians Larry Graham, Jeff Lorber and Paul Jackson Jr. King then took a long break from recording music, not returning to the studio until 2007, releasing "Open Book." Between these years a Greatest Hits album was released in 2001, celebrating King's musical efforts. Following her 2007 album, King released two singles since, with 2008's "The Dance" and 2011's "Everybody," featuring Miguel Migs.

Her life has had its ups and downs, she says and not everything has been bubbles and Champagne. She's open about the loss of her baby, Johnniea Champagne King. Married to Fox for 31 years, the couple's only child passed away in 1987 at the age of two after suffering complications from being born with brain damage and other health problems.

At 61, King says she doesn't have plans to stop touring or singing.

"I just love singing, I've always loved singing since I was five years old,â she says.

She says for her Pompano Beach show, she'll perform a curated collection of her greatest hits and favorite songs.