Just 100 miles south of Woodstock, The Harlem Cultural Festival was happening over the course of six Sundays in 1969. 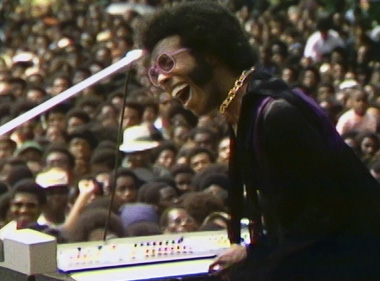 Sly Stone performing at the Harlem Cultural Festival in 1969, featured in the documentary âSummer of Soul (â¦Or, When the Revolution Could Not Be Televised).â (Searchlight Pictures)

It never, however, received as much historical acclaim as the now famous Woodstock.

The free series took place in Harlemâs Mount Morris Park on Sundays during the same summer as the more heralded Woodstock festival in Bethel, N.Y.

Sometimes called the "Black Woodstock," the concerts would draw more than 300,000 people to see performers like Hugh Masekela, Gladys Knight & the Pips and Sly and the Family Stone; 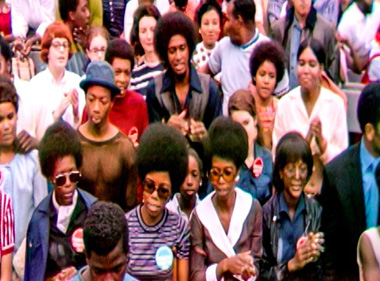 The Harlem Cultural Festival in 1969 is the subject of the documentary "Summer of Soul." (Photo: Searchlight Pictures)

It's taken more than 50 years for some of the "lost" footage to be compiled and now, in documentary form, "Summer of Soul" is part music film and part historical record of Black music.

In his debut as a filmmaker, Ahmir "Questlove" Thompson, the 50-year-old Roots drummer and "Tonight Show" bandleader, presents a powerful and transporting documentary. 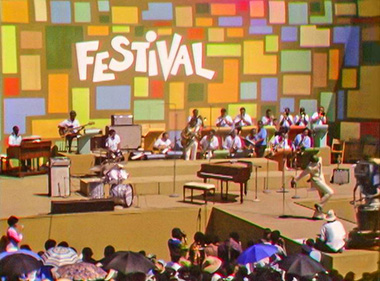 A series of Sunday-afternoon concerts, what became known as the "Black Woodstock" drew more than 300,000 people to a park in Harlem. (Photo courtesy of Searchlight Pictures)

QuestLove revealed to the New York Post how he first stumbled upon some festival footage when he was in Tokyo with the Roots. "I was in a place called the Soul Train CafÃ©," he tells the Post. It was there that he saw some Sly and the Family Stone footage. "And at the time, I didnât know that I was watching the Harlem Cultural Festival."

He said in 2017, almost 20 years later, two of his producers approached him and asked him if he'd be interested in doing a movie about the festival.

It was a once-in-a-lifetime event. From June 29 to Aug. 24, The Harlem Cultural Festival was slated every Sunday, but unlike the other music festival in upstate New York, the footage from the festival sat in a basement.

New York City television station WNEW Channel 5 broadcast two hour-long specials of the footage, but after the summer of '69, producers were told there was little interest in a "Black Woodstock."

Using the newly restored footage and interviews with those who were in attendance and the artist who performed, "Summer of Soul" might make history itself as one of the best musical documentaries ever.

"Summer of Soul (...or, When the Revolution Could Not be Televised)," won both the Grand Jury Prize and Audience Award at Sundance Film Festival. It's playing in movie theaters, but also is streaming on Hulu.