Alla Horscka, "Silence," (1964), gouache and graphite on paper. Horska belongs to the older generation from the 1960s. The exhibition has a section of predecessors to define the tradition. (Photo: Coral Gables Museum and Rutgers University)

There are South Florida museums that consistently offer content with a stepping stone to how we arrived in the now â offering another perspective, another life, another slit in time.

Coral Gables Museum fills that slot. "Painting In Excess: Kyiv's Art Revival, 1985 â 1993" features 35 artists and 64 paintings. The exhibition is on display through Dec. 11 at the museum at 285 Aragon Ave.

Be assured, this show does not merely cobble together a group of Ukrainian artists from a place of great current interest but brings a presentation carefully assembled and curated. There's a diversity reflected during Perestroika, a period when the country was emerging from a crumbling Soviet Union. âPerestroikaâ refers to the reconstruction of the Soviet political and economic system ending the Era of Stagnation.

Rutgers University, overseers of the largest collection of Ukrainian art, brought this stunning exhibition tour to Coral Gables Museum on its first stop.

I spoke with the exhibition co-curator, Julia Tulovsky, in Miami from her perch as
Curator of Russian and Soviet Non-conformist Art from the Zimmerli Art Museum
at Rutgers University in New Brunswick, N.J.

This show is a complicated topic and a search through history for answers and understanding.


Irene Sperber: What can we learn as outsiders about Ukraine's past to better understand the country now?

Julia Tulovsky: âPeople were sensing new possibilities then (1985-1993). There was kind of an explosion of new art in Kyiv. The Soviet government allowed only one style...glorifying Soviet leader or type of labor of Soviet people.â

Tulovsky continues: âUkraine has about four large art centers. Kyiv, being the capital of Ukraine, is therefore under larger surveillance from the authorities. It was more conservative in terms of art. All the contemporary or free-thinking art had to happen underground, which was hidden quite deeply. Where I come from in the museum, there is a humongous collection of this (underground art) from the Soviet Union including former Soviet Republics (including Kazakhstan, Georgia and Russia itself) and this is the show that is in the Ukrainian part of our collection.â

IS: Is all the Ukrainian art in Coral Gables Museum now from the Rutgers Collection?: 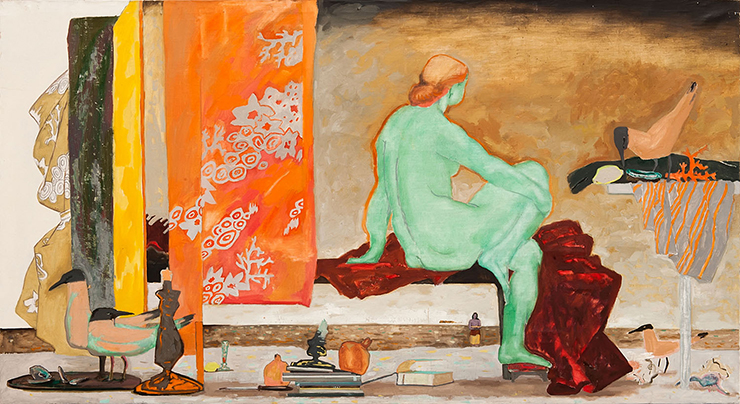 JT: âWe at Rutgers have the largest collection in the world of non-conformist Soviet art. We have over 20,000 pieces by over 1000 artists; our collection comprises art from not only Russia but a majority of Soviet Republics, including the Ukraine. We are making a point to represent the art of these Republics. 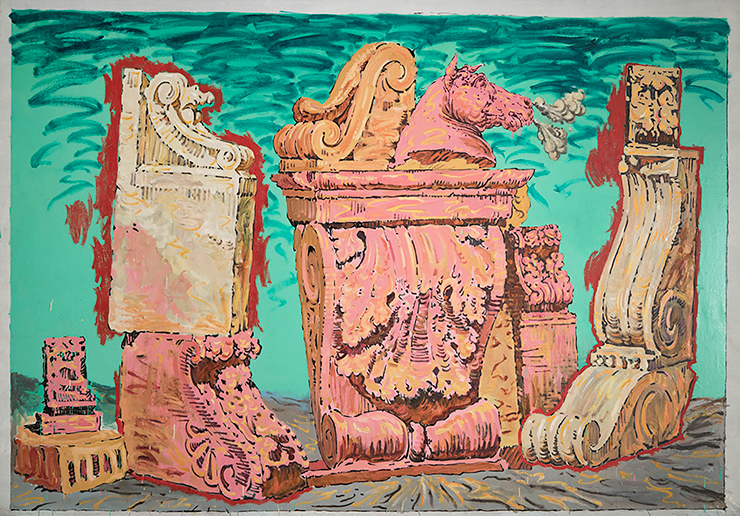 IS: I noted many styles here. What should we be aware of?

"All of these components led to art that was kind of excessive and baroque in its message: new freedom, various combinations of influences. A lot of artists were trained in the art schools. They were not afraid to do big canvasses and also expressed the traditional Ukrainian baroque and making them really kind of excessive. Ukraine was its own particular style... a slightly different style than was going on in Russia.â 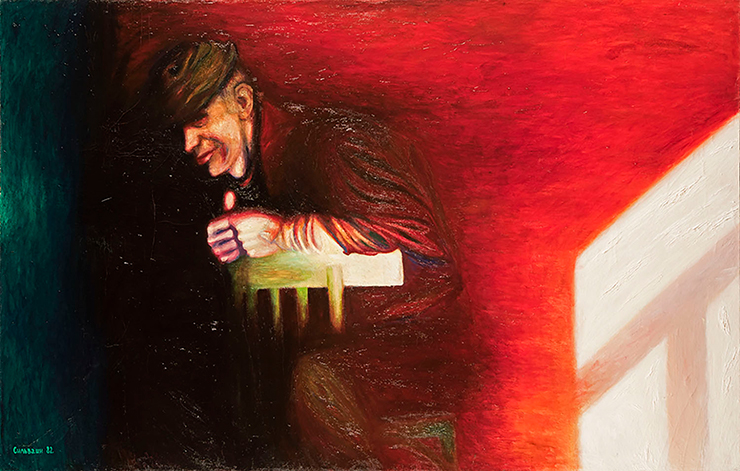 IS: So how does Ukrainian style differ?

JT: âUkraine is more south than the majority of Russia so brighter colors, brighter sun, richer lands, more agriculture products, so has this kind of richness in its identity. The exhibition covers several art groups that were active in Kyiv at the time, some are more radical, some are more interested in bridging with the tradition and even the art of Ukrainian avant-garde of previous generations.â

IS: Are many women represented in the exhibition?

JT: âAlla Horska belongs to the older generation from the 1960s. The exhibition has a section of predecessors to the Perestroika to define the tradition. Horska was a dissident artist that died under strange circumstances. Yana Bystrova, who represents the youngest generation at this exhibition, is part of the group of artists called Resolute Edge (National Post Eclecticism that explored national myth) who, around Perestroika, actually went to work in Moscow. They self-proclaimed themselves the Ukrainian Embassy before the Ukraine became an independent country, as kind of an artistic gesture." 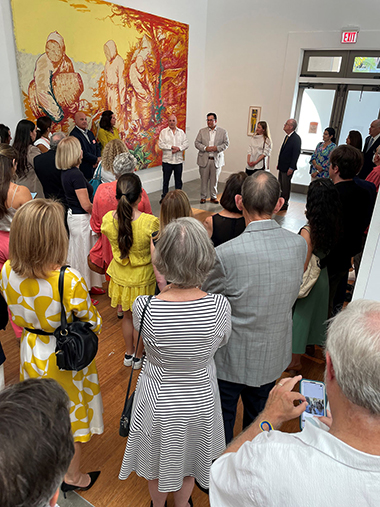 Along with the collapse of the Soviet Union, the Chernobyl nuclear catastrophe happened in 1986. Ukrainian artists of the time had a lot to sift through. Conflict. So much conflict swirls.

Attending an art show such as this can help sort out thoughts as the world spins faster and faster and we are flung further and further apart.Â

To have a moment of non-combative reflection is a lifeline to grasping a larger picture, mentally grounding thought processes. I saw a quote recently from Andrey Kurkov, billed as Ukraine's most famous living writer, that resonated: âEmpathy without knowledge is empty.â This exhibition will fill in a few blank pages.

All proceeds from the exhibition will go to relief efforts in Ukraine via Razom for Ukraine. Razom organized a lot of cultural events promoting Ukrainian culture, but then the war began and they began to fundraise for Ukraine.

If youâd like to help, click on the link above. As for aid for artists and students, Julia Tulovsky shared âthat many institutions, European and American, created positions for the students and young scholars including Rutgers.â

Through Dec. 11. Hours: noon to 5 p.m. Monday through Friday and noon to 6 p.m. Saturday and Sunday.

City Parking garage across the street.