"The Irishman," Martin Scorsese's rueful, decades-spanning chronicle of crime and remorse, begins with an interior tracking shot, a specialty in the director's arsenal of trademark flourishes, set to the doo-wop melodies of "In the Still of the Night." A few seconds in, however, it becomes clear the intent is not to dazzle or excite, but to caution viewers. The "Goodfellas" auteur, who's turned his lifelong fascination with the Mafia into fodder for some of his best known work, aims to strip his exploration of the ways corruption, government and labor unionizing intersect in this country of any glamour, to reveal the working stiffs with guns underneath the expensive suits and overstuffed wallets. 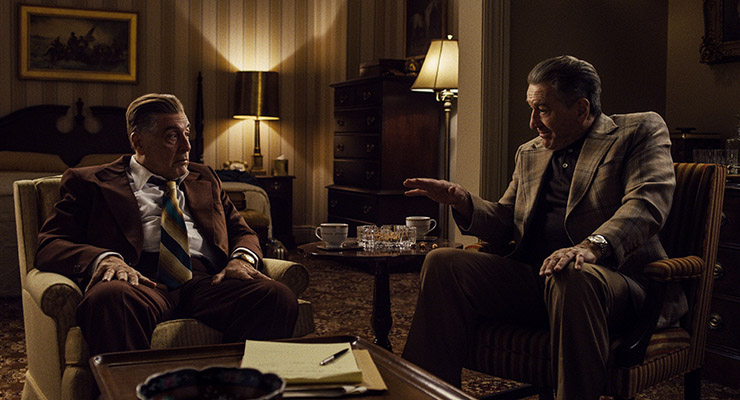 With a canvas as expansive as the genre has seen, Scorsese pulls off this ambitious undertaking. But at three and a half hours packed with incident and the discipline to juggle multiple time periods and a seamlessly nonlinear structure, "The Irishman" asks for more commitment than some viewers might be willing to give. The Netflix release, now playing in theaters before it becomes available to stream, is the kind of slow burn that demands attention and a considerable amount of patience, but its cumulative effect, which at least to this critic, continues to deepen in retrospect, makes the effort more than worthwhile. This is a marathon, not a sprint.

There are two framing devices in Steven Zaillian's dense but concise screenplay, adapted from Charles Brandt's nonfiction book "I Heard You Paint Houses," that give this world-weary epic a sturdy foundation. Remember that opening tracking shot? It glides across a hallway at a Philadelphia-area nursing home to reveal the titular character, Frank Sheeran (Robert De Niro, showing less is more), appearing to give an interview several years before his death in 2003. (The newscast on the TV is covering the Kosovo War, so the late '90s?) This keeper of secrets, an Irish American World War II vet turned shady truck driver turned hit man for the Italian mob, is about to open the floodgates in the most straightforward, matter-of-fact manner.

Scorsese and Zaillian understand memories don't unfold with a tidy beginning, middle and end, so shortly after Sheeran begins to reminisce, we find ourselves on a road trip Sheeran takes with longtime mentor Russell Bufalino (Joe Pesci, emerging from retirement, and boy, is he sensational), head of the Bufalino crime family, and their wives in the summer of 1975. Scorsese gradually teases out the eventual destination (hint: it has to do with labor union leader Jimmy Hoffa), but like this long car trip, the movie takes several narrative detours. I didn't look at my watch, but I believe he doesn't introduce Hoffa (Al Pacino, alternating between showy Pacino and quiet, nuanced Pacino), until at least an hour in. 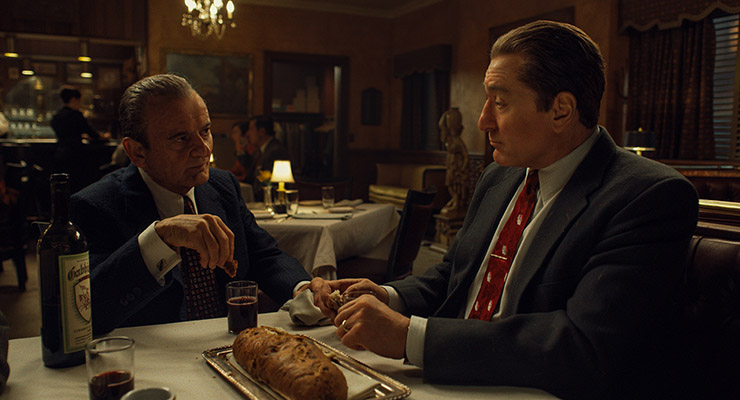 There are a lot of moving parts in "The Irishman." Of special interest to South Florida viewers is Sheeran's claim that he helped supply guns to the Cuban exiles who confronted Fidel Castro in the Bay of Pigs invasion. But don't be deterred by what may at first come across as an episodic structure. What's remarkable is how Scorsese is able to keep the movie flowing at a leisurely but steady clip. He's turned on the stove and set it at a low simmer, but "The Irishman" doesn't ramble. It might lack the nervy energy of his previous Mafia epics, but that doesn't mean it's any less sharp. Think Clint Eastwood's "Unforgiven" with a change in setting, rewritten by an altar boy who has seen things.

Also, for all the parallels and references "The Irishman" makes to "Goodfellas" and "Casino," the Scorsese film it kept reminding me of is "The Age of Innocence," his 1993 adaptation of Edith Wharton's novel. They both portray a hermetic society with slavish adherence to an entire calendar's worth of rituals, prone to close ranks around one of their own over those they consider to be outsiders. They actually make compatible companion pieces, the fetishistic curlicues of "Innocence" offset by "Irishman's" more understated demeanor and relative disinterest in depicting bloodshed. Its place in Scorsese's body work places it closer in spirit to Wharton's darker, more bitter "The House of Mirth," which she wrote later in life.

A more conventional film would have turned Hoffa's mysterious disappearance, whose explanation in Brandt's book was fiercely contested and might never be confirmed, into the film's eventual main driving engine. But Scorsese and Zaillian never lose sight that it's just another thread, albeit an important one, in this massive tapestry that's at once a layered character study and a potent portrayal of the forces that shaped America's sociopolitical landscape during the latter half of the 20th century and whose ripples are still being felt today. 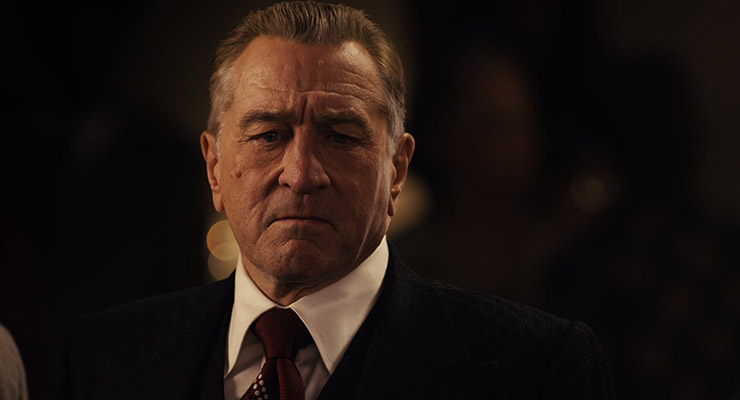 What makes this journey so satisfying is that for all the historical territory it covers, the film draws a lot (most?) of its strength from the way Sheeran becomes torn between Bufalino and Hoffa, the two men who opened doors for him and acted as father figures. The characters don't get lost in the history lesson the way they sometimes did in, say, "Gangs of New York." It also zeroes in on the fraught relationship between Sheeran and his daughter Peggy (Anna Paquin), who was always able to see right through her frequently absent father. There are no cheap tricks to beef up tension here, just a steady climb that keeps building resonance with each scene.

Scorsese's commitment to covering as many bases as possible extends to the film's drawn out coda, which focuses on the older Sheeran, confronted with the gaping void of loneliness, as his body breaks down. It is here that you really begin to feel the length, and as powerful as these scenes are, they just make an already mammoth story feel even longer. I'm not going to dive into the irony of Netflix financing a film that begs to be seen on the biggest screen possible and then giving it one of its customary limited theatrical releases, but the silver lining from watching the movie at home, with the ability to pause and then come back to it, is that it's likely to be a lot less draining than sitting through it in an auditorium with no intermission. (Let me repeat that. There is no intermission.) 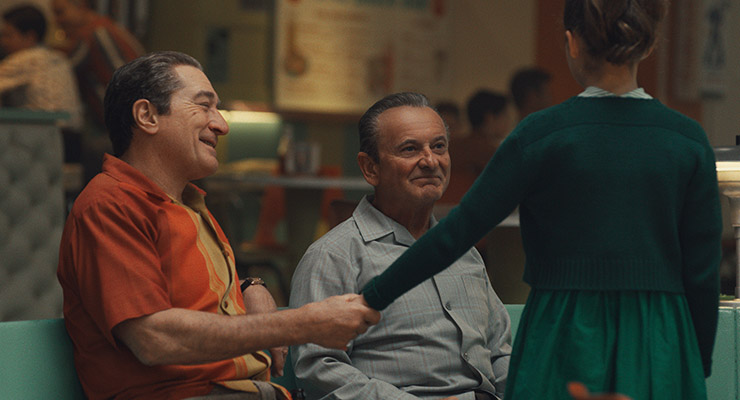 But I say, see "The Irishman" at the movies for the first time, then wait a few weeks (or months), and watch it at home. Despite my issues, my hunch is that this is the kind of monumental achievement will only be fully appreciated on repeat viewings. Aided by cinematographer Rodrigo Prieto's indelible, unfussy compositions and editor Thelma Schoonmaker's knack for juggling myriad aesthetic and narrative elements, Scorsese has crafted a fine, fine film, a quietly devastating nocturne that shows a master filmmaker working at the height of his powers. Is he saying so long to la Cosa Nostra for good? There is a sense of finality to it, and yet I'm not so sure this is goodbye. What does come through loud and clear is his willingness to grow. Witness his evolution in all its glory.