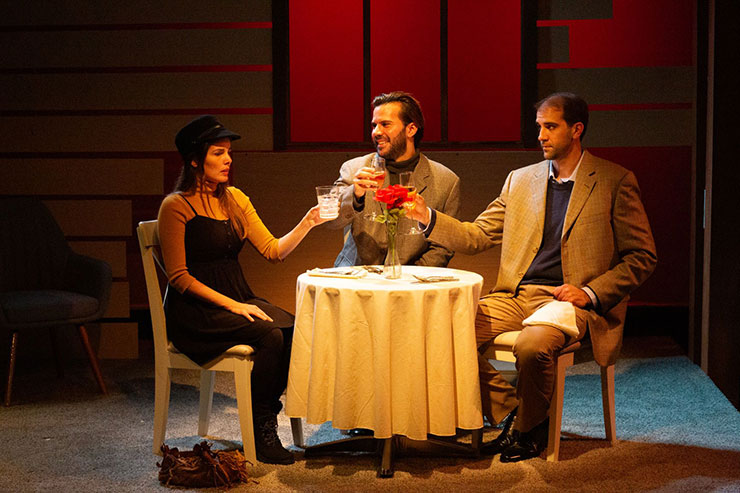 Island City Stage Artistic Director Andy Rogow met the challenge of creating a safe environment for his audience during the pandemic without sacrificing quality in staging the world premiere of âCompensation," a one-act drama by playwright Hannah Manikowski, that has now been extended through Feb. 20. Video Stream is available from Feb. 19 through 28.

The three-character play centers on a gay couple Elliott and Gabriel (played by actors Israel Vinas and Stephen Kaiser) who wish to have a child. They select Tara as a surrogate (played by actress Gaby Tortoledo). 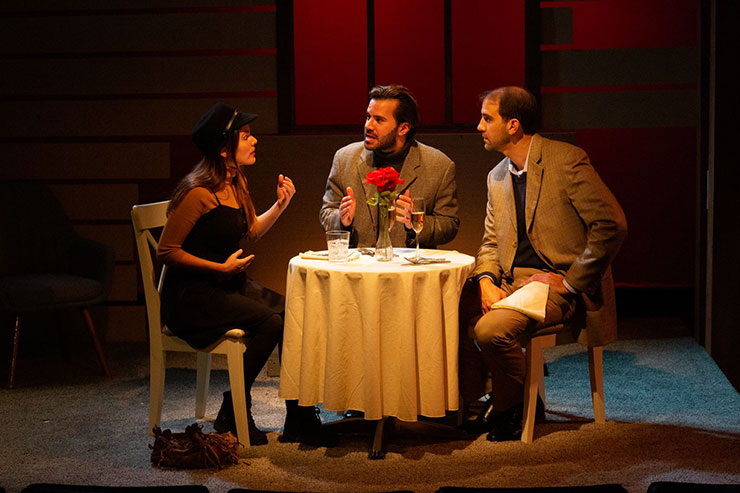 Elliott and Gabriel have been in an established relationship for many years, but despite Tara (at 24) being younger, Elliott hires her as the surrogate because of Taraâs stated desire of not wanting children of her own, as well her intelligence as a university student.

As the story unfolds, the three characters are amiable as they come to agree on financial and legal terms. Elliott is especially outgoing with Tara and considers her to be so essential to the relationship that he asks Tara to be the godmother to the future child.

But the relationship of Tara with Elliott and Gabriel starts to crumble. 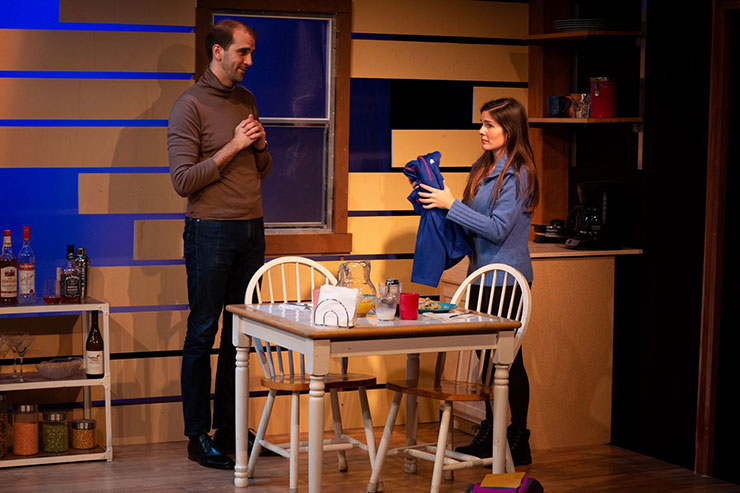 Adding to the tension is Tara not sharing a secret with Elliott and Gabriel that becomes crucial for the relationship to continue.

Once the secret is revealed, all three characters express hostility to each other, expressing anger and sadness as Elliott and Gabriel learn the truth about Tara. And then, there's a surprising turn of events in the final scene of the play.

Rogow remembers first reading the play. "When COVID-19 first hit, I spent a lot of time reading new plays and when I read âCompensation,' I knew immediately that it was a play that I had to produce,â said Rogow. 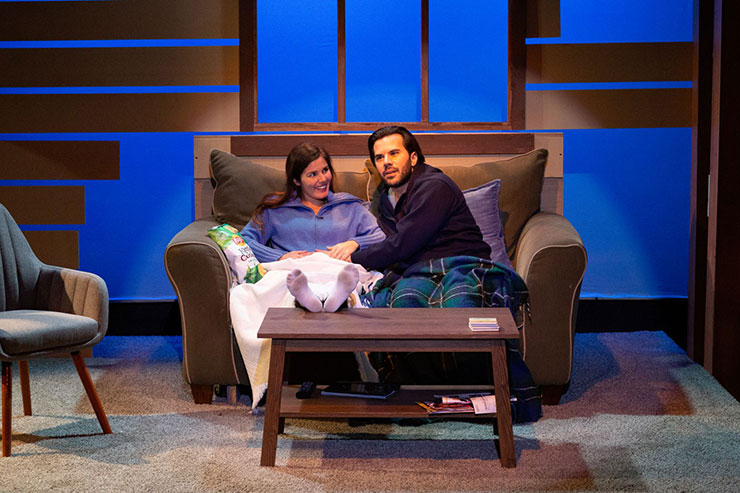 âAs many in the LGBT (Lesbian, Gay, Bisexual, Transgender) community want to create families with children, I felt that this is an important story to tell,â said Rogow.

âCompensationâ was performed on its opening night of Feb. 5 to 35 patrons, the maximum capacity that Island City Stage was permitted to have during the pandemic. The venue usually would be open to 70 seats prior to COVID 19.

Although the live performances will continue on stage through Feb. 20, patrons who prefer to see the play virtually online can do so from February 19-28.

The actors were enthused about performing live on stage, although both the cast and crew had to adjust to unique circumstances because of the pandemic. 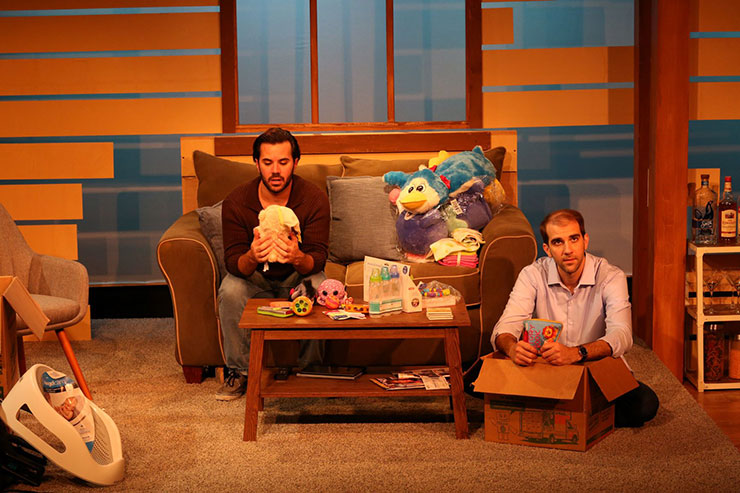 "All the cast and crew had to be tested for COVID 19 every day, including the dress rehearsals,â said Tortoledo.

"But I never viewed performing live during the pandemic as a burden. In fact, it was exciting to be performing live for the first time in 365 days. My husband, who is asthmatic, and I had to be quarantined for a long time."

"Andy (Rogow) and all the staff at Island City Stage made us feel safe and provided us the perfect environment for us to perform. We (the actors) were never masked on stage and we never had to compromise the intimacy that was needed between the characters for the play to be performed," said Tortoledo.

Prior to each performance, each member of the audience has their temperature taken before being seated (with masks on) with six feet apart from other patrons.

"We (the actors) felt that it was important to achieve the safety of the audience and onstage cast and crew first. However, I was elated that I still felt the connection and energy from the audience by seeing their eyes from the stage," said Vinas.

"There is a hunger to see live theater and it is enriching for me to get immediate feedback from the audience," said Vinas.

Along with the three actors, the behind the scene work of director Roy Abbott and lighting/scenic designer Dean Landheim added to the intimacy of the play.

âCompensation,â a one-act 90 minute drama by Hannah Manikowski, is running live on stage now through Feb. 20 at Island City Stage, 2304 North Dixie Hwy. in Wilton Manors. Showtime is at 8 p.m. except for the February 14 performance at 5 p.m. Tickets are $38. For more information, call 954-928-9800 or go to islandcitystage.org

A video stream of âCompensationâ will be shown online beginning February 19-28. Tickets are a $15 minimum. For more information, call 954-928-9800 or go to islandcitystage.org