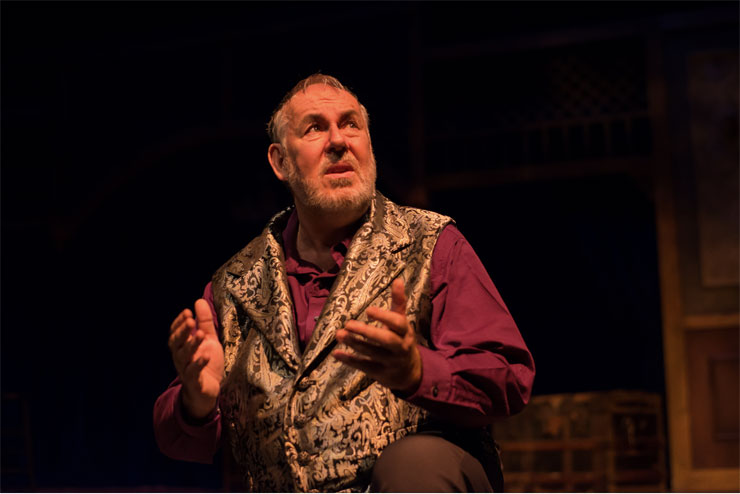 The show, written by Tom Mula, produced by City Theatre, and now on stage at the Carnival Studio Theatre at the Adrienne Arsht Center in Miami, is a showcase for a tour-de-force performance by Colin McPhillamy, who, over the course of two hours, plays a dizzying array of characters â more than 18 â as he tells Jacob Marleyâs story.

In Charles Dickensâ classic holiday tale, Marley was the business partner of Ebenezer Scrooge, and "A Christmas Carol" begins on Christmas Eve, the seventh anniversary of Marleyâs death. Marley is the first ghost to visit the miserly, compassionless Scrooge. He appears laden with chains, which, he explains, were forged, link by link, through all of his failings as a human being. Because he did not live a good life, his punishment is to wear the chains in death, for eternity. He encourages Scrooge to change his ways to avoid the same karmic fate. 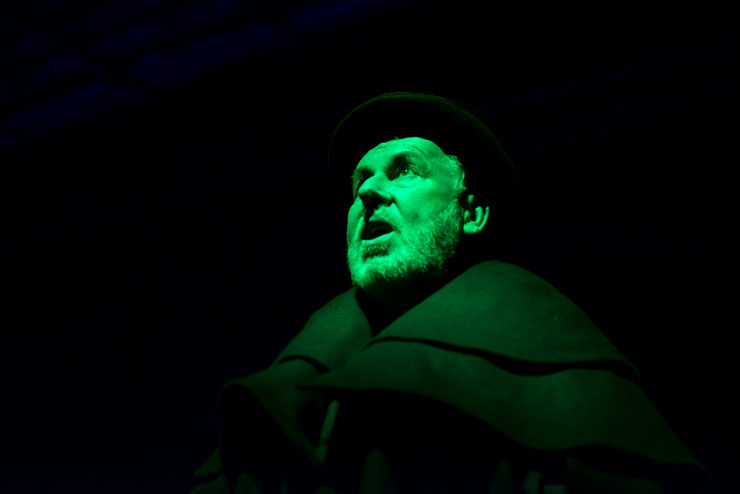 In "Jacob Marleyâs Christmas Carol," the story begins on Marleyâs first day in the afterlife, when he is told his fate. The good news is that Marley has one shot of redemption, and heâs not throwing away his shot.

Accompanying Marley is a sprite called a bogle, who at first gleefully torments him but then gets on board with Marleyâs mission. McPhillamyâs portrayal of the bogle and the conversations between Marley and the sprite are some of the most delightful moments in the show.

What ensues is a fanciful tale, enthralling because of McPhillamyâs memorable performance. But "Jacob Marleyâs Christmas Carol" is more than just another retelling of Dickensâ story. It delves further into Marleyâs life on Earth, painting a portrait of a lonely boy and man, and how in death he becomes the person he should have strove for in life. 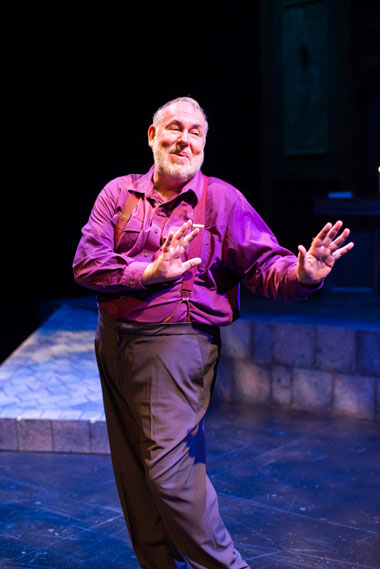 McPhillamyâs performance is astonishing. He creates each character and floats seamlessly between them, using the few props at his disposal but never relying on them. His rich, resonant voice, his posture, and his comportment do all the work, changing with marvelous dexterity, giving each character a distinct manner and personality. Through his performance, he transports his audience into another world, one of darkness and shadows and fog, through the past, present, and future, through the streets of London and the universe above.

Eric Nelsonâs lighting design enhances the mood of the show and creates memorable, menacing shadows, which become characters in their own right. Matt Coreyâs sound design is evocative and helps creates distinct scenes. Margaret M. Ledfordâs direction keeps the pace brisk and makes use of every part of Norma Castillo OâHepâs striking, multi-level set. Ellis Tillmanâs costumes are few, but a black cloak appears ominous even when itâs on a coat rack.

"Jacob Marleyâs Christmas Carol" gives a fresh perspective to a classic tale of hope and proves that itâs never too late to take a road trip to redemption. Itâs great holiday fare, with the gift of McPhillamyâs brilliant performance at its heart.