'Jewels:' The Many Facets of Balanchine and Miami City Ballet 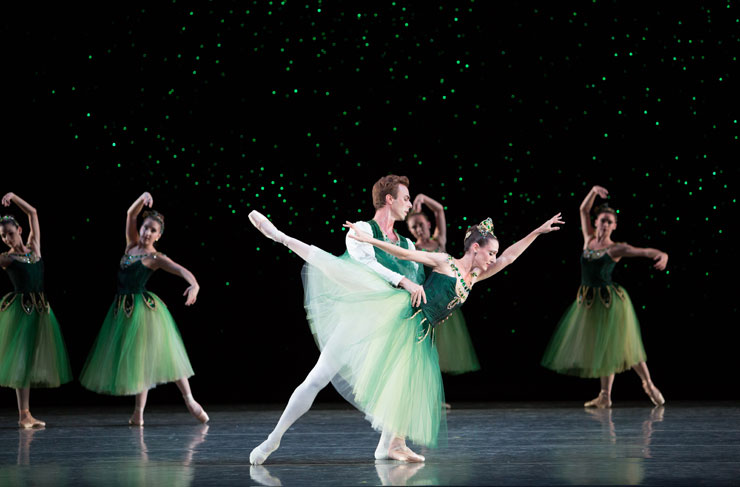 Miami City Ballet (MCB) brings its brilliant ballet âJewels â to the Adrienne Arsht Center for the Performing Arts from Friday, April 1 through Sunday, April 3, giving Miami audiences an opportunity to experience one of George Balanchineâs most enduring work. MCB premiered the ballet in 1992 and it helped establish the company on the national and international scene. 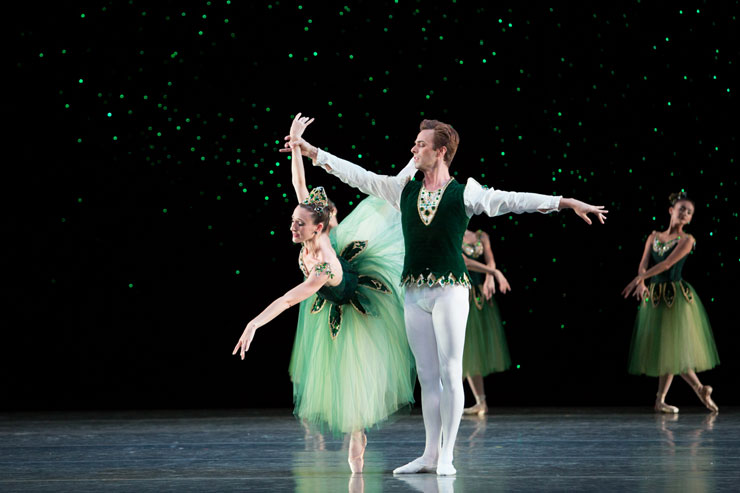 Balanchine is said to have been influenced to create his three-part plotless ballet after a visit to jewelers Van Cleef & Arpels. Balanchine created his triptych composed of "Emeralds," âRubiesâ and âDiamonds.â He did not give his ballet a title and it was the critic Clive Barnes who collectively named it âThe Jewelsâ which was said to have been Balanchineâs working title. 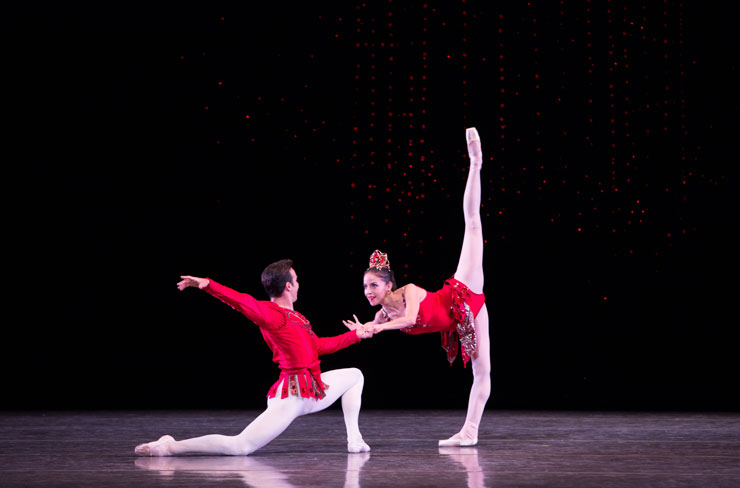 âJewelsâ premiered in 1967 at the newly built New York State Theatre ( today the David H. Koch Theatre ) at Lincoln Center. It was well-received by audiences and critics alike. One critic said it was a three-part evening essay in plotless dance.

With âJewels,â Balanchine paid tribute to three countries, their music, their schools of dance, and their contribution to his development as a choreographer.

Jewels begins with âEmeralds,â a piece Balanchine is said to have created from his memories of France and his youth in Paris. He considered âEmeraldsâ an evocation of France - "the France of elegance and perfume." This mini-ballet is choreographed for two principal couples, a trio, and the corps de ballet. The dancers are dressed in Romantic-length tutus and the score is by the French composer Gabriel FaurÃ©.

France is the birthplace of classical ballet and where a young Balanchine came into his own as a choreographer in the 1920s, working for the Ballet Russes under the direction of the founder and impresario Serge Diaghilev. 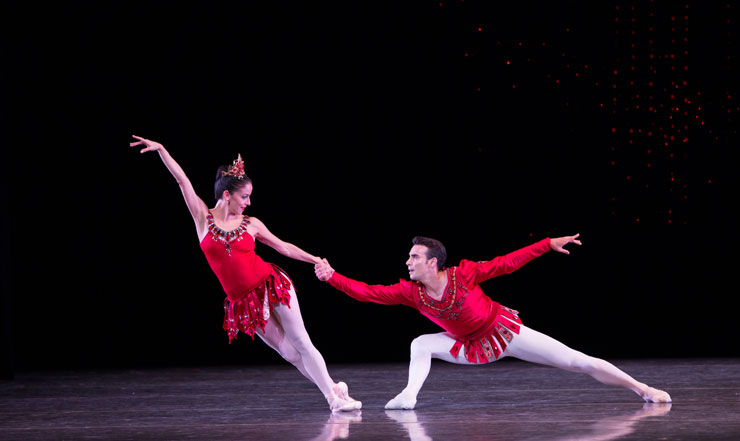 Balanchine was born in Saint Petersburg, Russia and âDiamondsâ pays homage to his native land. âDiamondsâ may be viewed as a commentary on the Russian school of ballet. The score is by Tchaikovsky, the composer of some of the worldâs most famous ballets: "Swan Lake," "Sleeping Beauty," and "The Nutcracker." âDiamondsâ seems to recall Balanchineâs youth and the grandeur of Saint Petersburg, the Mariinsky Theatre, and the Imperial Ballet School, where he trained. The ballet was made for Suzanne Farrell, who was, at the time, Balanchineâs leading muse.

Making an analogy to gemstones seems appropriate here as âJewels â sparkle in its brilliance.