Legal Power Plays Exposed In ‘A Class Act' At MARJCC

Show Plays in North Miami Beach Through May 2

Playwright Norman Shabelâs one act drama âA Class Act,â gives his perspective as a former trial lawyer on how the legal system solves cases. The legal drama, a professional production of the Jewish Cultural Arts Theatre (JCAT), is running now through May 2 at the Michael-Ann Russell Jewish Community Center in North Miami Beach.

South Florida actors Linda Drozdow (as Dorothy Pilsner) and Jesus Perez (as Ignatio Perez) star among the seven cast members in the story about a class action lawsuit filed against General Chemical Corporation for dumping waste into the water system, causing thousands of deaths of people living near the waters.

Shabel takes the audience through a journey to justice, not through the courtroom and an array of witnesses and a judge/jury deciding the outcome of the case, but rather though a corporate boardroom.

Both sides exchange their viewpoints, initially though pleasant words, but once the initial meeting does not produce an agreement, both teams splinter in different directions. Shabel has them resorting to power play legal maneuvers as well as personal threats and blackmails to achieve their separate aims.

The audience learns through the actions and threats by both teams of how legal decisions arrive. 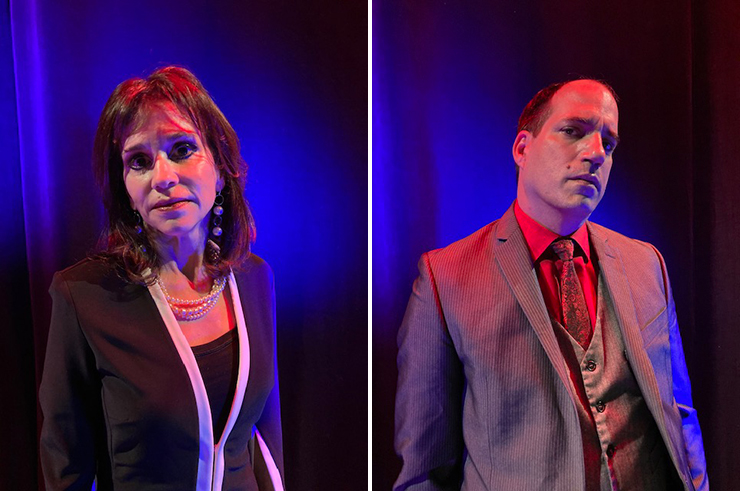 âI wrote the play to give an insiderâs view of how greed prevails, and how morality becomes relative to the situation faced by both legal teams,â said Shabel, who attended the show on opening night.

The climax of the play comes following the legal settlement several years later. Changes prevail at General Chemical Corporation and Pilsner and Perez meet and discuss how the new circumstances changes their perspectives on General Chemical and the now settled class action lawsuit.

âA major source of conflict for Dorothy is her moral obligation to people over her official obligation to the company. She is more human than the faÃ§ade she must portray,â said Drozdow.

âThe play acts as a reminder of how the action of a large corporation affects society, including their own families.â she added.

âThere are things about Ignacioâs frustrations with the complexities of settling the class action lawsuit that I personally associate with,â said Reyna.

Director Stephen Kaiser, who played Warsaw on opening night, guided the actors in their dramatic characterizations. Lighting director Natalie Ziskind added the many video outtakes of urban settings and a video of animals being poisoned by the chemical dumping, added to the realism of the play.

Drozdow is a veteran of 15 JCAT productions and was especially impressive as lead characters in âThe Diary Of Anne Frankâ, âThe Sisters Rosenzweigâ and âWomenâs Minyanâ.

The Jewish Cultural Arts Theatre production of âA Class Act,â a one-act drama by playwright Norman Shabel is being presented at the Alan and Diane Lieberman Theatre of the Michael-Ann Russell Jewish Community Center, 18900 NE 25th Ave. in North Miami Beach now through May 2. May 1 at 9:30 p.m (preceded by a kosher wine and cheese receptionÂ at 8:30 p.m.) and May 2 at 5 p.m. Please note that all in attendance must wear masks and have their temperature checked by staff at entrance to the lobby. The May 1 showtime at 9:30 pm conforms to Shabbat rules with shows only permitted to begin following sundown.
Tickets range from $15-30. To order tickets, go to marjcc.org/ticketsÂ or call (305) 932-4200 ext.124.Â