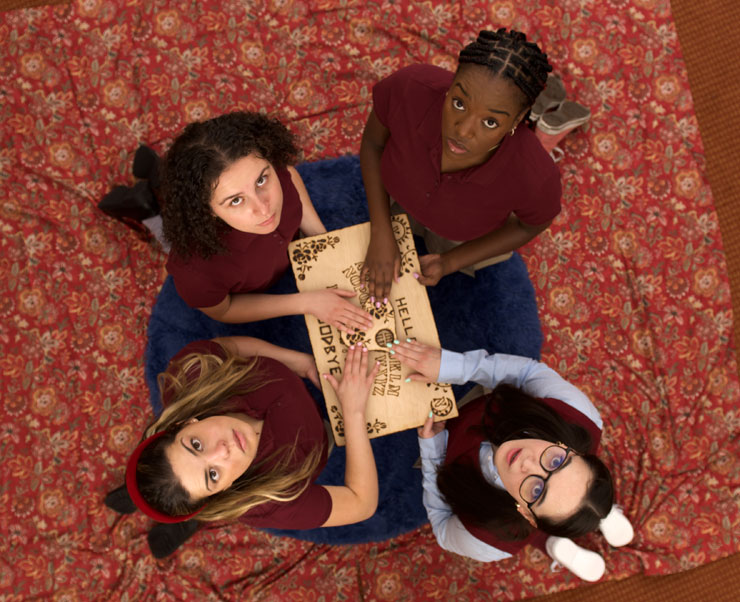 With the evocative and memorable title, âOur Dear Dead Drug Lord,â Miami native Alexis Scheer describes her play as "Mean Girls Meets Narcos." The Miami premiere at Zoetic Stage opens Thursday, May 5 and runs through Sunday,Â  May 22, in the seasonâs last production of its Theater Up Close series.

"Our Dear Dead Drug Lord" had an extended run off-Broadway in 2019 and was a New York Times Criticâs Pick. Scheerâs first play and her first time being produced in New York became a breakout career move for the 30-year-old.

âI'm so excited to have my play produced at Zoetic Stage,â she says. âI remember when the Arsht Center first opened and seeing their first production. It's more than satisfying and more than thrilling to have my work presented there.â

âItâs been an amazing ride,â says Scheer doing a telephone interview from a dog park in Brookline, Mass., where she was enjoying the 50-degree spring weather with her a mini-Australian Shepherd, Sagan, named after the famed astronomer Carl Sagan. âThis play has opened a lot of doors for me and Iâve become known because it,â she says.

Originally, a child actor â she grew up in Actorâs Playhouse at the Miracle Theatre in Coral Gables â where, at 13, instead of getting Bat Mitzvah-ed, she appeared in their production of âFiddler on the Roof,â she recalls.

Scheer changed her focus from acting to playwriting and began crafting this play in graduate school at the Boston University Playwrightsâ Theatre, where she earned her MFA. A product of the Miami public school system, she graduated from South Miami Elementary and Middle School and from the New World School of the Arts, Scheer grew up in a intercultural household.

Her mother and extended family immigrated from Colombia because of the violence of Pablo Escobar and the drug cartels and her father is Jewish. âI've heard the name Pablo Escobar my whole life,â says Scheer. âI wanted to tap into that and write about girls who harness their power, but in a way that could be considered subversive.â

The play, a dark comedy focuses on a group of misguided Miami teens trying to resurrect the spirit of Pablo Escobar in a tree-house sÃ©ance and explores the darkest corners of the human heart.

âAlexis has written a fascinating play with so many levels and elements to it â magic, comedy and crisis â all beautifully woven together in four scenes,â says Stuart Meltzer, artistic director of Zoetic Stage, who directs the play with co-director, Elena Maria Garcia.

âWhen four high school friends come together in a joyous and celebratory way to conjure up the ghost of Pablo Escobar, they discover the power of what it means to be a woman,â he says. âThe playâs about forgiveness, freedom and coming-of-age.â

Meltzer says he's "inspired" by the play and the playwright. âShe will be around a long time and will make a huge contribution to the theatrical landscape.â

With this play, Scheer has taken risks and written a provocative piece, in part influenced by the work of English playwright, Sarah Kane, part of the In-Yer-Face Theatre Movement and known for her 1995 work, âBlasted.â Scheer was introduced to the play at GableStage in 2010. âWhen I saw that play it shook me and rattled my art brain and heart,â she says. âIt's a touch point for me.â 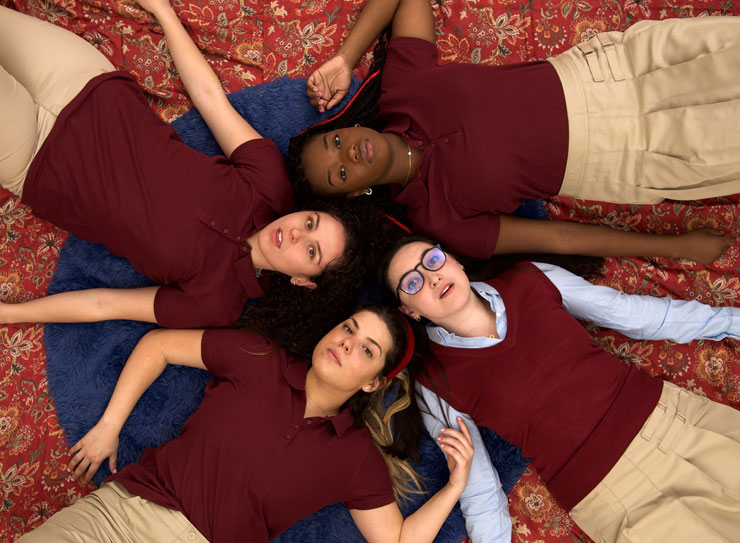 In writing âOur Dear Dead Drug Lord,â Scheer says, âI wanted to defy conventional expectations of what a theater piece should be. I didnât want to do 'two characters in a New York City living-room.'". She also admires playwrights Paula Vogel (âHow I Learned to Driveâ) and JosÃ© Rivera, (âMarisolâ and âThe Motorcycle Diariesâ).

Growing up as a teenager in South Miami, Scheer said there was always something special albeit strange about the city. âIt's a place where magic exists,â she says. âIf you think of Miami as the gateway to Latin America, that's where magical realism lives.â She draws inspiration from life, her Miami background and reading nonfiction and history books for âtheir free ideas.â

Recently married to composer and conductor, Dan Ryan, conductor of the Colleges of the Fenway Orchestra and Chorus and artistic director of VOICES Boston, Scheer isn't resting on her laurels.

She is currently under commission by Miami New Drama, Second Stage and Manhattan Theatre Club and her work has been developed at the Kennedy Center, Oregon Shakespeare Festival, McCarter Theatre Center, Boston Playwrightsâ Theatre, Cleveland Playhouse, among others.

In addition to the production in Miami, Scheer has been on staff for the HBO Max series titled, âPretty Little Liars: Original Sin,â created by Roberto Aguirre-Sacasa, who saw âOur Dear Dead Drug Lord,â off-Broadway.Â  He was so impressed he reached out to her to write for his show, she recalls.Â

This fall she will present a new work titled, âShook,â a musical about high school theater kids at the Northern Stage in Vermont directed by Maggie Burrows with music/lyrics by Zoe Sarnak.

In January, her comedy, âLaughs in Spanish,â a play set in Wynwood during Art Basel week will premiere at the Denver Center for the Performing Arts. The play won the Kennedy Centerâs Harold & Mimi Steinberg Award and was selected for the National New Play Network (NNPN) Showcase.

In the near future she hopes to collaborate with her husband, Ryan, on a new play titled, âChristina,â about a girl's school choir for which she needs original choral music. One of the highlights of her career so far has been the off-Broadway production of âOur Dear Dead Drug Lordâ and her goal is to have it produced âeverywhere.â She says young people respond to the characters and DM her on Instagram telling her how much they relate.

With a number of notches on her belt so far, Scheer says success to her means to keep working at her craft and following her own curiosity. âI want to keep my head down and focus on my work make a lifetime out of it,â she says. âI want to build a body of work and leave a legacy for my family.â

She paraphrases playwright Rivera, âEverything you write should have the potential to ruin your reputation. That's what I want to do with my life,â she says.