The Miami Jewish Film Festival and Miami Beach Cinematheque open its third annual Masters of Jewish Cinema series featuring a "Some Like It Wilder!" retrospective celebrating Billy Wilderâs most iconic films. From October 14 through 28, three of Wilderâs Academy Award-winning films will be shown in newly restored digital presentations for one night only at the Miami Beach Cinematheque and hosted by several special guests. miamiartzine.com editor Michelle F. Solomon opens the festival as the host of the showing of Wilder's The Apartment.Â 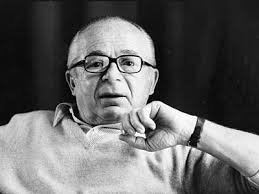 The Wilder series kicks-off with the 55th anniversary screening of The Apartment (1960), a gleeful and tender film that shows humanism and cleverness can sometimes age like fine wine, even if served with spaghetti strained with a tennis racket. Other films featured in the retrospective include Double Indemnity (1944), the classic thriller that many critics and scholars maintain is one of the best-loved examples of film noir ever made, and Some Like It Hot (1959), a dazzling laugh riot that the American Film Institute voted the number-one funniest movie of all time.

"We are proud of our continued partnership with the Miami Beach Cinematheque as we present the third annual Masters of Jewish Cinema series," said Festival Director Igor Shteyrenberg. "It is an honor for us this year to celebrate Billy Wilderâs remarkable films, and in doing so, to shine a light upon his brilliance as a writer, director, and producer in a career that spanned over seven decades. There is Hollywood cinema before Billy Wilder and after Billy Wilder, as his magical âWilder touchâ has changed American movies forever."

"The variety of Billy Wilderâs tremendous career is legendary, and we are happy to be co-hosting a few samples of the highlights for the third series with MJFF. His films are unforgettable, thanks to his many talents in so many areas of the filmmaking craft" added Miami Beach Cinematheque Director Dana Keith. "We will be also displaying some vintage Wilder memorabilia from our archive to complement the retrospective."

With six Academy Awards, four entries on the American Film Instituteâs list of 100 greatest American movies, and more titles on the National Historic Register of classic films deemed worthy of preservation than any other director, Wilder counts as one of the most accomplished filmmakers ever to work in Hollywood. He mastered every genre and style, from romantic comedy to melodrama, knock-about farce to gritty noir, straight drama to wild satire, and graced every picture he directed with his inimitable and magical "Wilder touch." 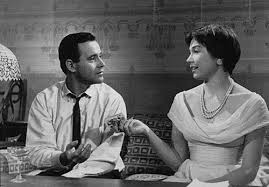 This year marks the 55th anniversary of what is perhaps Wilderâs most elegantly formed study of American failings, foibles, and dreams, couched as the story of an everyman ascending the corporate ladder sideways at the expense of his heart and soul. Starring Jack Lemmon and Shirley MacLaine. Screens on Wednesday, October 14 at 7PM. 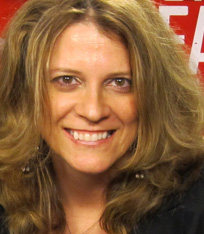 Editor of miamiartzine.com and a syndicated movie reviewer for Local10.com, Michelle has also served as Executive Arts Editor of the Albany Times Union and Assistant Features editor/entertainment at The Detroit Free Press.

She is a member of the American Theater Critics Association and the Florida Film Critics Circle. 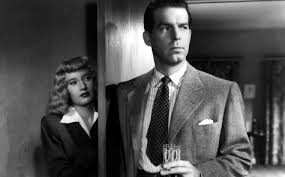 In this gripping film noir classic, a calculating wife encourages her wealthy husband to sign a double indemnity policy proposed by a smitten insurance agent. As the would-be lovers plot the unsuspecting husbandâs murder, they are pursued by a suspicious claims manager. Itâs a race against time to get away with the perfect crime in this suspenseful masterpiece that was nominated for seven Academy Awards. Screens on Wednesday, October 21 at 7PM.

Author of A Girl and A Gun: The Complete Guide to Film Noir and The 100 Best Films to Rent You've Never Heard Of,Â David has written on film and music for Entertainment Weekly, The New York Times, Wired, and The Brooklyn Rail. 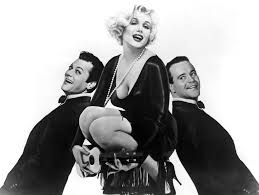 Voted the best American comedy of all time in an American Film Institute survey, this madcap farce sees Jack Lemmon and Tony Curtis go on the lam from gangsters disguised as women in an all-girl jazz band, but soon mayhem ensues as they start competing for the affection of Marilyn Monroe. Screens on Thursday, October 28 at 7PM.

Freelance writer who has written on film and music for SPIN, Slate, The Miami Herald, The Village Voice, The Quietus, and Red Bull Music Academy, among others. Alfred is assistant director of student media and an adjunct professor at Florida International University.

Tickets will be available through the Miami Beach Cinematheque (mbcinema.com) at the following prices: General Admission, $10, Seniors/Students, $9, Members, $7.