'Woman in the Mirror' Screens at the Miami Beach JCC 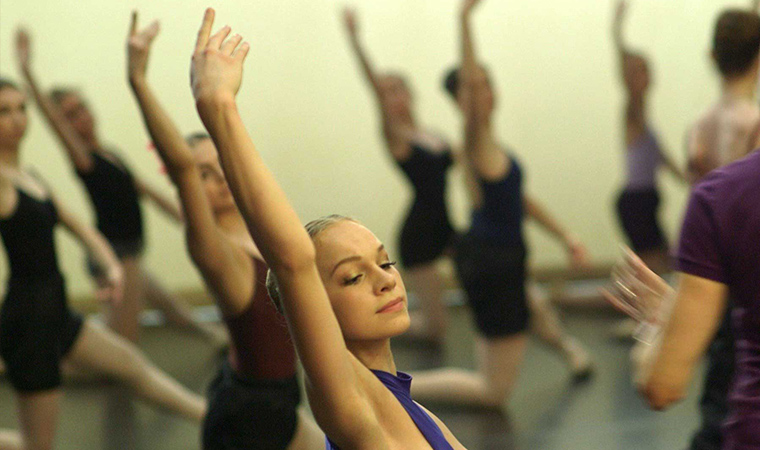 "Woman in the Mirror" makes its world premiere at the Miami Jewish Film Festival. (Photo from the filmmaker)

The film screens at 8 p.m. on Saturday, Jan. 14 at the Miami Beach JCC for an outdoor event. It will also screen at 4 p.m. on Wednesday, Jan. 18 at Miami Theater Center, and then be available for streaming on the festival's digital screening room from Jan. 15-25.

The documentary, directed by Ukrainian-born independent filmmaker Tatyana Bronstein, tells the story of a driven ballerina of Jewish descent named Alexandra Koltun who defected from the Soviet Union in 1991 in search of artistic and personal freedom. 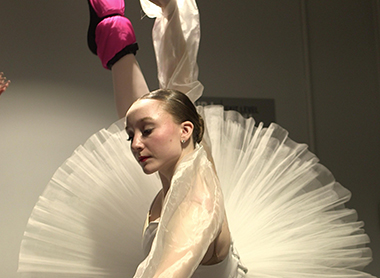 A ballerina in the film "Woman in the Mirror," which makes its world premiere at the Miami Jewish Film Festival. (Photo from the filmmaker)

Koltun, who relocated to the United States and is a graduate of the prestigious Vaganova Academy in Russia, now leads a diverse group of students at the ballet school she founded in Boston. She recounts the struggles of her father and family, and fearing similar limitations as a Soviet Jew.

The film also takes an insightful look at the students she leads in their difficult journey to become professional dancers.

Bronstein will introduce the film at the Miami Beach JCC outdoor event and participate in a question and answer session following the screening.

She explained her inspiration for making the film in an interview.

"Iâm originally from Ukraine, and I had been making films of different kinds of dance topics since 2011, although I've been making documentaries longer than that," she said.

She continued, " I was looking for someone really interesting, and I wanted to continue doing something connected to my childhood. I'm always inspired by my culture and my past, and ballet is an essential part of Ukrainian culture."

Bronstein said the documentary is a complex film. 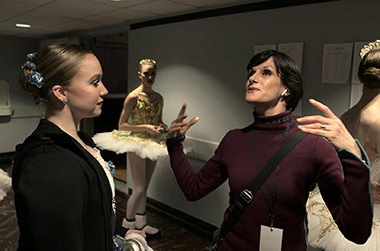 Alexandra Koltun and a ballet student in the film "Woman in the Mirror," which makes its world premiere at the Miami Jewish Film Festival. (Photo from the filmmaker)

"It's not just one story," she said. "There are a lot of sub-stories. Some people may be interested in the main subject, who defected from the former Soviet Union. There are people who can relate to her story, such as me as I was born in the former Soviet Union. I remember a desire for freedom, so maybe the audience can connect that way. The audience could also connect to the students who are very diverse from all kinds of religions. That's another part that people can relate to, as they're all different and very interesting."

She said the film is very visual.

"I think they can enjoy the dance of ballet or the cinematography. They will definitely enjoy the visual parts of the film. People can also find the beauty of dance interesting."

Bronstein feels the film is very timely and important.

"At this time right now, it's extremely relevant because of course we're concerned about the war in Ukraine," she said. "There's also a concern about those who defected from the former Soviet Union. There were young people who defected who were looking for freedom."

Koltun said she is very grateful for Bronstein for documenting her and her students in the film, and wants the audience to know how hard she worked to achieve her goal. 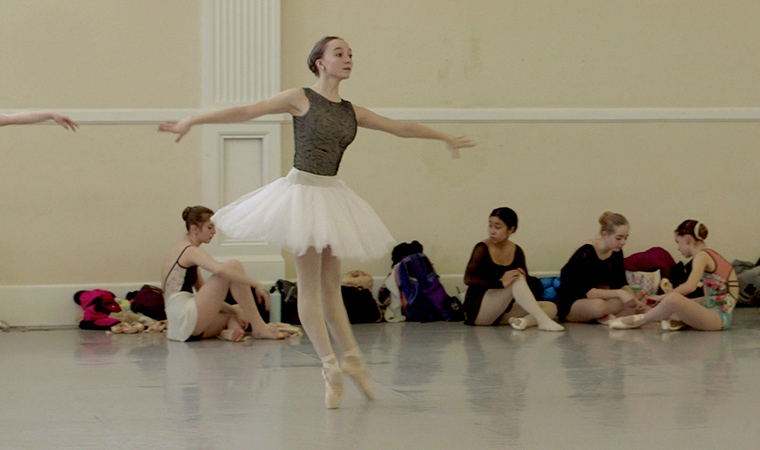 A ballerina dances in "Woman in the Mirror," making its world premiere at the Miami Jewish Film Festival. (Photo from the filmmaker)

"I was so persistent, as I'm a very persistent person, and I think I want the young people and anyone who watches the film to believe in themselves," Koltun said. "I always say to people to work hard and believe in themselves, but charisma, dedication and desire are what drive people to their goal. I hope the film will inspire people to achieve their goals, wherever they are. My message to people watching the film is to find your desire and swim into it."