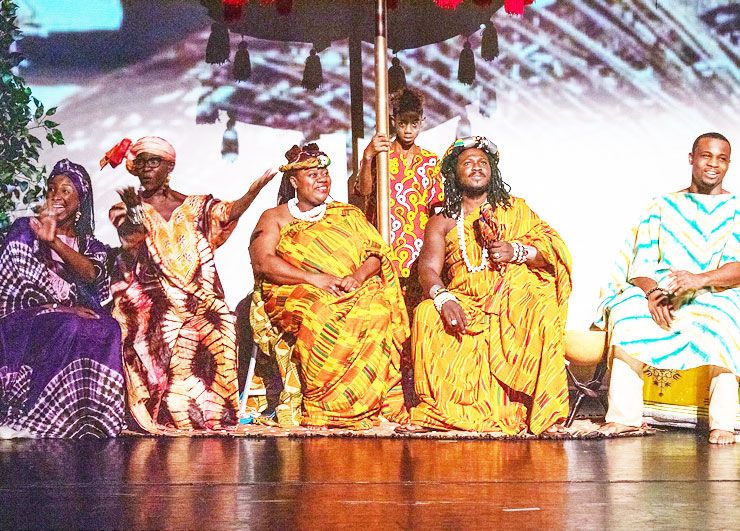 DanceAfrica Miami, a festival, which showcases the cultural history of the countries of the Africa Diaspora, is expanding upon its annual festival, providing multiple ways to see not only professionals perform cultural arts from various counties, but to learn about them, and participate in them as well.

This yearâs festival, âRise Above,â begins this Friday, and continues throughout the weekend, but also includes two concerts, on Saturday and Monday nights. The event will feature art, music, folklore, dancing, and drumming, from the countries of Guinea, Senegal, Ivory Coast, Congo, Haiti, and the US Virgin Islands, also with Cuba and the United States. 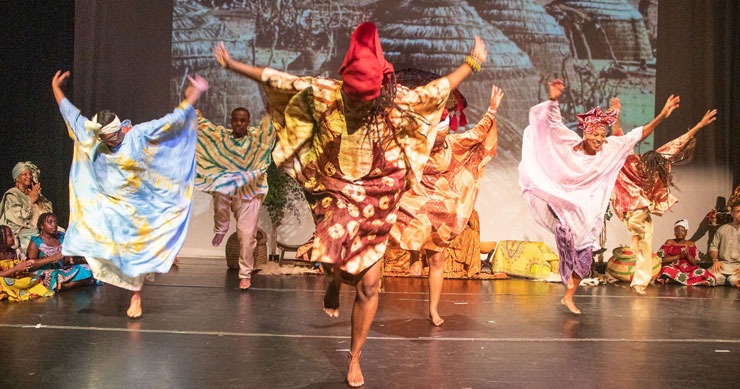 Live performances are back after being put on hold because of the pandemic. DanceAfrica Miami is all weekend long. (Photo courtesy of Delou Africa Inc.)

DanceAfrica Miami is the major event put on by Delou Africa, a nonprofit organization dedicated to promoting African heritage and arts education to people living in South Florida. The nonprofit, which was incorporated in 2016, was founded 35 years ago.

Although the festival was presented last year, it needed to be within the constraints of the pandemic, so there was a combination of virtual and in-person activities.

But this year, the festival is back to in-person, and it is back âfull force,â meaning it will be larger and better than ever, says Njeri Plato, founder, president and executive director of the Delou Africa. 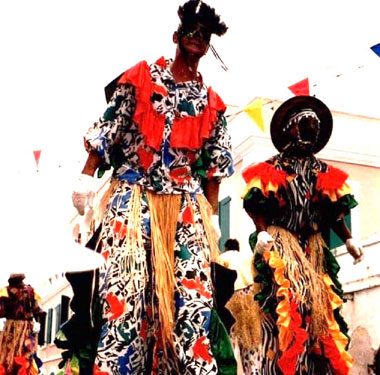 Moko Jumbies have been in the Virgin Island's cultural heritage for over 200 years and can be traced to Africa as far back as the 13th and 14th centuries. They are viewed as symbols of history, culture, and heritage. They'll perform as part of this weekend's DanceAfrica Miami festival. (Photo courtesy of USVI Mocko Jumbie)

Over the years, the festival has grown to attract up to 15,000 attendees, says Plato. âWe get people from the Miami and South Florida area, of course, but we are also attracting people from elsewhere in the U.S. and Canada, as well as from Barbados, Argentina, and other countries as well. Word is spreading and are growing,â she adds.

The festival also provides people the opportunity to see and experience the cultural arts from all the countries that Black and Brown Americans hail from, says said Folayan Griffiths, Vice President of DelouAfrica, who is Platoâs daughter.

"The community should come and see DanceAfrica Miami because it will be different and something they have never seen before. The Haitian, Afro Cuban, and Delou AfricaDance Ensemble collaboration represents the entire diaspora. It's an event not to be missed," she says.

DanceAfrica Miami is tapping into its network as performers from all over are coming to show locals their skills. Local groups like West AfricanMusic & Dance Collective, Sikan Afro-Cuban Project and the Haitian-inspired TLL Dance Ensemble will have performers at the festival.

"Participants that come to DanceAfrica Miami look forward to seeing the artists with the local groups in the community perform. We have over 20 West African and Caribbean dance and drum workshops scheduled for the weekend," said Griffiths.

This yearâs festival will also be larger than ever because of the addition of stilts walkers, thanks to a grant from the Knights Arts Challenge. With the grant, DelouAfrica recruited two highly regarded Stilt Mask Guilds: Nanfoule Folklore Ensemble of Washington, D.C., and The Mocko Jumbie, Stilt Dancers from the United States Virgin Islands (USVI). 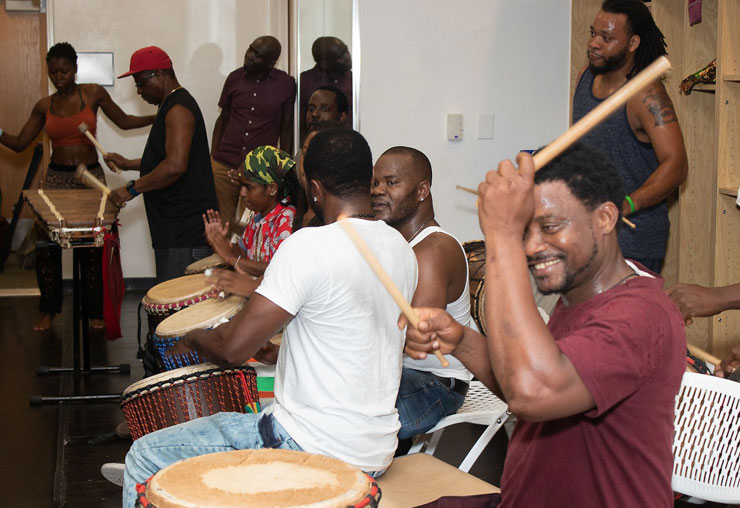 Drumming workshops are part of the community spirit during the festival. (Photo by Innovative Arts Photography)

"Moko Jumbie means good god, good spirit. We were asked to portray the origin of the Moko Jumbie in the Virgin Islands. We will tell the story of how it started and where it is today," said Vernon Brooks, Director of USVI Mocko Jumbie stilt dancers.

A moko jumbie (also known as "moko jumbi" or "mocko jumbie") is a stilts walker or dancer. The Moko Jumbies originated in West Africa and were brought to the Caribbean.

âStilt walking originated as a means of warding off evil spirits that might do harm to the villagers and were used during funerals and other ceremonies. But, as the art transformed to the Caribbean islands, it became more commercialized, and, in the U.S., now found in parades and circuses as well,â says Brooks, whose group performs throughout Florida.

âThe âMoko Jumbieâ is a good god, a good spirit âlike a jolly spirit We dress in full costumes, we have no gender, no male or female, just spirit,â he added. 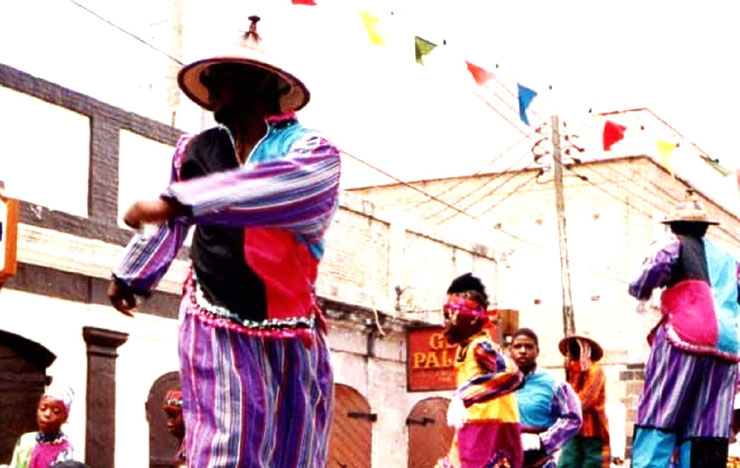 Stilt Walkers will perform on Monday at the Broward Center for the Performing Arts in "Tall Spirits."