When it comes to versatility, Coral Gables native and Pulitzer Prize-winner Ellen Taaffe Zwilich epitomizes the word. Her works range from symphonies to a series of musical pieces featuring animator Charles Shulz's âPeanutsâ characters, including a Snoopy that sambaed across the Carnegie Hall stage.

The South Florida Symphony, under the baton of conductor Sebrina MarÃ­a Alfonso, as part of its Masterworks III concert series, introduces Zwilich's latest work, âConcerto for Orchestra and Cello.âÂ

In addition to the Zwilich composition, which features Grammy-winning cellist Zuill Bailey as guest soloist, the program will include John Gottschâs âSunset,â an orchestral symphonic poem inspired by crowds that gather to watch Key West sunset, also a world premiere.

Zwilichâs began composing as a child and by the time she had finished high school, she had studied piano, violin and trumpet. After graduating Florida State University, she became the first woman to receive a doctorate in composition from Juillard. She received the 1983 Pulitzer Prize in Music, the first woman ever to receive this coveted award. She was the first composer to hold the composerâs chair with Carnegie Hall and worked as a composer until 2000, when she joined the faculty at Florida State University. 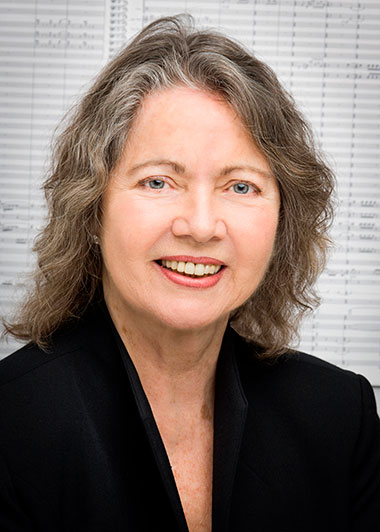 In addition to her Pulitzer Prize, Zwilich has been honored with four Grammy nominations, a Guggenheim Fellowship, an Academy Award from the American Academy of Arts and Sciences, six honorary doctorates, being named Musical America's Composer of the Year in 1999 and numerous other citations of excellence in musical composition.

miamiartzine.com: Iâve read that your family wasnât musical. What gave you the idea as a child to compose music?

Ellen Taaffe Zwilich: I have no idea; I just hear music in my head. We did have a piano and, when I was a toddler, I would sit on the piano bench press the keys. I was dying to learn the piano so I was sent to a piano teacher who gave me childrenâs pieces (to play). I told her I write better music than this, and she said, âSit down and shut up.â So, essentially, my piano teacher fired me when I was five years old.

maz: Well, after that experience, how did your musical education get going?

ETZ: I went to a wonderful high school, (Coral Gables High School). There were three music teachers, a chorus and a high school band. We had a music building with a large rehearsal room for band and orchestra that opened up to an amphitheater. We had practice rooms. It breaks my heart that schools donât have that today.

maz:Â One of your most popular compositions is called âThe Peanuts Gallery,â and that it began because you turned up unexpectedly in one of Charles Schultzâs comic strips.

ETZ: I was in a âPeanutsâ cartoon in 1990. It was a shock. I didnât read the comics and I was away for the weekend. When I came back, my answering machine was full, and one said, "You may or may not know this, but you were in 'Peanuts' comic strip." I did the dignified thing and ran to the trash room to get it. In the strip, Marcy and Peppermint Patty were at a concert and Marcy said to Peppermint Patty, âThis next piece is a concerto for flute and orchestra by Ellen Taaffe Zwilich, who just happens to be a woman.â And the last frame has Peppermint Patty standing on her chair saying âGood going, Ellen.ââ

maz: How did this lead to your composition, âThe Peanuts Gallery?â

ETZ: A few years later, I was working at Carnegie Hall and we talked about doing something for families. Charles Schulz loved the idea and we ended up meeting, and it turned out to be a fabulous experience. We premiered the piece there at a family concert. There was a wonderful gal who danced Snoopy and, when we got to the end, there was this big nose peeking out of the curtain at the end of the stage âSnoopy always does the samba as an encore. So now thatâs why I say Iâm a friend of Snoopyâs.

maz: What surprised you more, finding out you were in a âPeanutsâ comic strip or winning Pulitzer Prize? 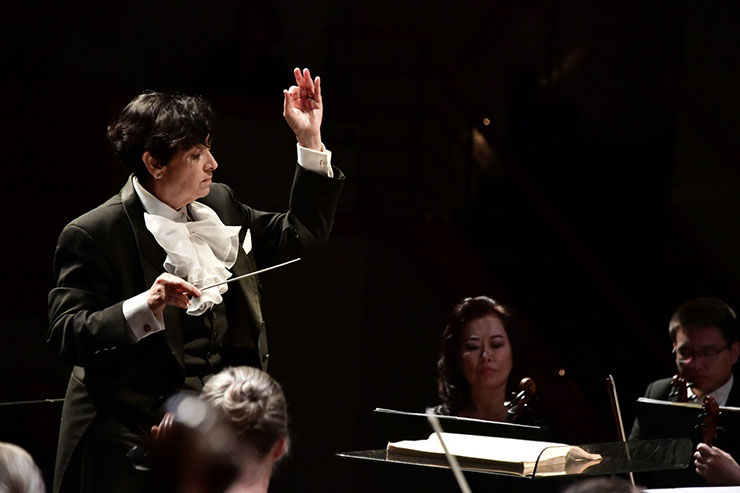 ETZ: The comic strip, definitely. That was a total shock. I knew I was up for the Pulitzer, but appearing in âPeanutsâ was a total surprise.

maz: Tell me about the piece thatâs premiering in the South Florida Symphony concert.

ETZ: This is a piece for cello and orchestra. I love the cello. I love to explore the nature of all the musical instruments, to get into their karma. The cello has the range of the human voice and can go seamlessly from the lowest male voice to the highest soprano, all in one unbroken line. One of the things it really wants to do is sing, but it is also capable of dancing and doing all kinds of acrobatics.

maz: Intellectually, I know that youâre 80 years old, and youâve had a long and storied career, but when we talk, you sound as excited and joyful about life as if you were just graduating college. What is it about music that gives you such joy?

ETZ: Music is like life âthere is joy and there is sorrow, and everything in between. Music affects your brain, your heart, your soul, your gut âit has everything in it There is a physical reaction and also a lot of mental feeling. I feel privileged to have had the life Iâve had in music, and Iâm privileged to still be doing it.