'Six' at the Arsht Center Puts You Under Its Spell 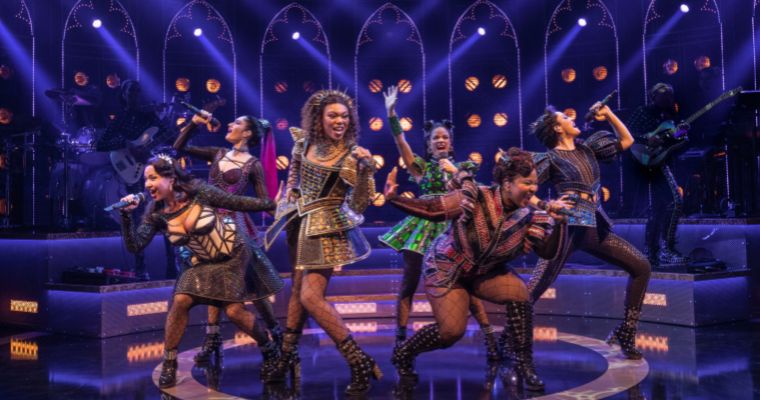 Imagine six singing and dancing divas trying to outdo each other, all somehow duped by the same misogynistic man, and all vying for whose story is more tragic.

Thatâs the simple description of the musical âSix.â However, this ultra-original musical, while on its face value, may seem light â itâs actually staged like a pop music concert âhas depth, commentary on celebrity, history (oh, I stand corrected, it's her-story). While some may dispute that the Queens of âSix,â specifically the six wives of Henry VIII, tell their stories in song and dance more suited for a national tour of âAmericaâs Got Talent,â donât judge too quickly.

This is musical theater at its newest and most original. There are hints of âHamilton,â the Broadway hit that introduced a whole new genre of musical theater â completely sung and rapped through, and there are even glimpses of groundbreaking composer Jonathan (âRentâ) Larson tucked into the way the lyrics and music comingle, but thatâs par for the influence course. 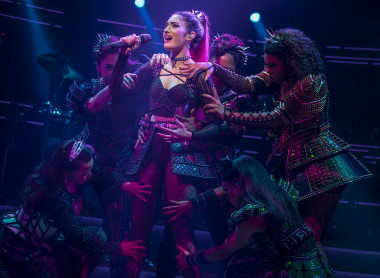 Difficult to describe (itâs one of those âyou have to see it to actually get itâ), to quote one of the very first lyrics of the show: âListen up let me tell you a story.â

That is sung by Henryâs first wife Catherine of Aragon.

Second wife Anne Boleyn, perhaps the most well known because of her beheading, sings: âa story that you think youâve heard before.â Then third wife, Jane Seymour, âWe know you know our names and our fame, and our faces,â as fourth wife Anna of Cleves, âknow all about the glories and the disgraces,â to fifth wife, Katherine Howardâs âIâm done, cuz all this time Iâve been just one word in a stupid rhyme,â then the final wife, Catherine Parr, says she âpicked up a pen and microphoneâ as the six chime in together: âHistoryâs about to get overthrown.â

The road to âSixâ had humble beginnings and a few bumps along the way. Co-creators Toby Marlow and Lucy Moss came up with concept and started writing the musical when they were students at Cambridge University in early 2017. Marlow got an assignment to create something to submit to the Edinburgh Festival Fringe. It played there for a month and featured student actors from the university.

Producers saw it, liked it and got professional actors and helped Marlow and Moss with a creative team. It played in London, off West End, and then toured the UK in 2018 before settling in on the West End. There were other stops along the way as âSixâ continued to gain traction and then as it was headed to the Great White Way, a pesky pandemic called COVID-19 stopped its Broadway run in its tracks. It was due to open the day Broadway was shut down. 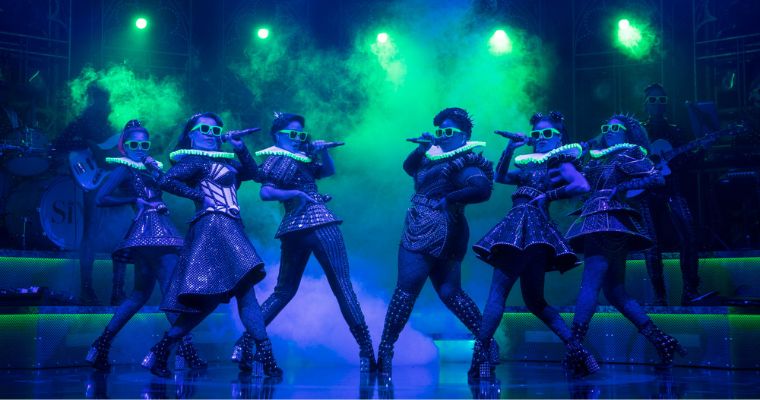 Now itâs enjoying a successful run on Broadway while concurrently on a North American tour, which is playing at the Arsht Center. Fort Lauderdale audiences were treated to the show a week before it came to Miami.

A show that combines great ensemble work plus some spectacular solos, âSixâ demands that each actress be a powerhouseÂ â singer, dancer, ensemble player and storyteller.

Backing them up is the all-female band âThe Ladies in Waiting,â JoAnn Daugherty as conductor and on keyboard, Janetta Goines on bass, Rose Laguana who cuts a mean lead on guitar, and Paige Durr, keeping a tight beat on the drums. 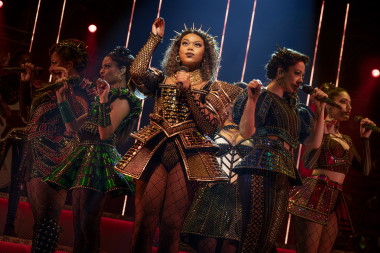 If you donât know the story of each of the wives, they will spell it out, but it helps that the Playbill has Cliff Notes in the form of âA Little Bit of Her-Story,â not only telling the backgrounds of the real 16th century Queens but also the 21st century Top Pop stars that the composers say influenced their divas.

Catherineâs a blend of Beyonce and Shakira, Anne is Lily Allen and Avril Lavigne, Jayne Seymour part Adele-part Sia, while Anne of Cleves is Nicki Minaj and Rihanna. Katherine Howardâs influences are Ariana Grande and Britney Spears and Catherine Parr has tones of Alicia Keys and Emeli Sande.

But in fairness to the truly amazing talent in the North American tour cast, each actress brings their own phenomenal multi-ranged singing voice and plenty of âbeltâ power to the difficult music (yes, the songs may sound like simple , but take it from someone who has performance background, these take musical know-how, big-time talent, and stamina).

The choreography that Carrie-Anne Ingrouille gives to the six also takes skill, which like the score, draws from multi-genres including club dance, hip-hop and jazz.

âSixâ packs a lot into its short under 90-minute run time and, like any good musical should, leaves you wanting more.