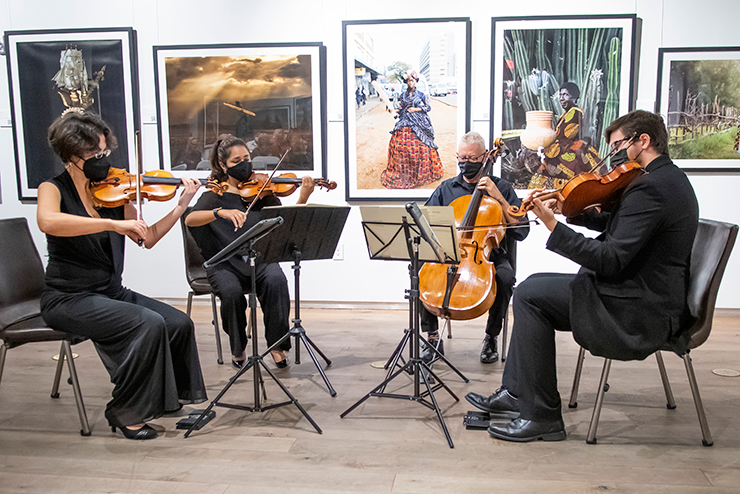 Ever since their first concert in 1997 of Haydn and Dvorak Piano Trios at the Bass Museum of Art in Miami Beach, the South Beach Chamber Ensemble, under the direction of its founder, Michael Andrews, has put down deep roots in Miami and Andrewsâs hometown of Wausau, Wisc.

Heading into its 25th year next year, the ensemble, comprised of Sheena Gutierrez, violin, JT Kane, viola, Michael Linville, piano and Andrews on cello, will perform in its next concert Thursday, April 21 at the Coral Gables Museum and Friday, April 22 at The Gallery at the Betsy Hotel where they will perform Smetana Piano Trio and Mozart Piano Quartet in E# major.

âWe enjoyed our Mozart on the Move series on Lincoln Road, where we mixed Mozart with the Beatles, tango, opera and Lady Gaga. I always ask my players for their suggestions, and we all agreeÂ â Mozart is quintessential music.â

Smetana, known as the father of Czech music, suffered the loss of two daughters which resulted in his creating what Andrews says is âa very powerful, dramatic and beautiful piano trio in G Minor.â 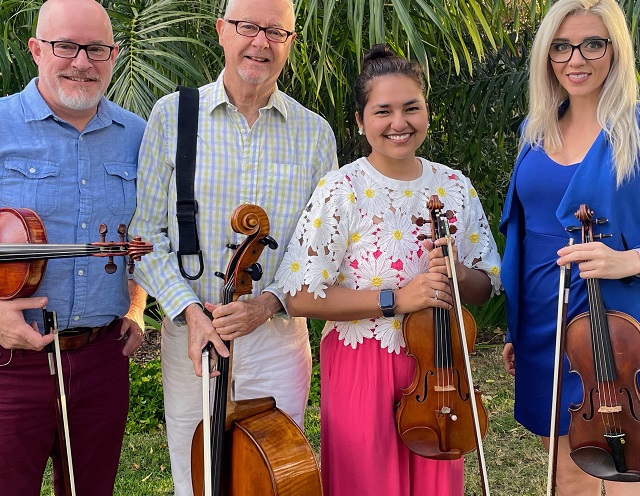 âItâs really something to play,â he says. âIt takes you through the emotions of loss, love and building for a better future.â

The South Beach Chamber Ensemble is one of the only arts organizations in South Florida dedicated to offering affordable chamber music programs to new audiences while showcasing local musical talent.

âMichael and the South Beach Chamber Ensemble are loved by the community and we support them as much as they support and entertain us,â says Ray Breslin, president of the Collins Park Neighborhood Association.

âThe South Beach Chamber Ensemble are a true mainstay in our cultural arts city and particularly in the Collins Park Cultural Campus,â he says.

They have played throughout the city, performing works by Bach, Beethoven, Brahms, Mozart, Mendelssohn, Golijov, Hummel, Dvorak, Schubert, Saint-SaÃ«ns, and have played in Rio de Janeiro and Salvador in Brazil and Buenos Aires in Argentina.

To celebrate its quarter-century, Andrews is hoping a grant submitted to Miami Dade County Department of Cultural Affairs will allow the ensemble to travel to Mexico next March and perform at the Palacio de Bellas Artes in Mexico City with Mexican pianist Carlos Adriel SalmerÃ³n. 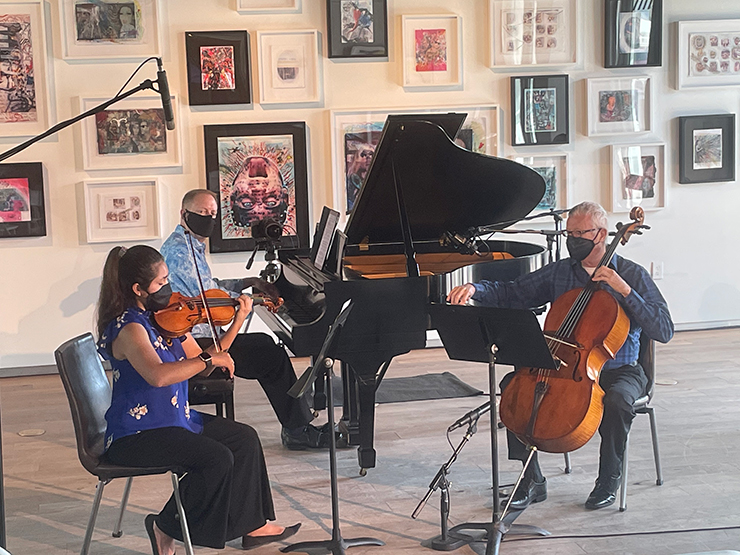 âIf the grant comes through, this would be the cherry on top of an amazing quarter century,â says Andrews.

As with other arts organizations, funding is critical to their existence.

Going into its 25th year, part of Andrewsâs wish list includes on-going funding from the city and county, from organizations such as Miami Salon Group, which funded them this year, attracting new board members with an interest in chamber music and looking to attract corporate sponsors such as banks or law firms.

For the immediate future, Andrews is looking forward to the group's final concert of the season on May 13 at the Coral Gables Museum and an afternoon concert May 15 at The Betsy Hotel where they will perform Beethoven String Quartet in F major, Op.59 #1 (Razumovsky) (1808) and Roumain String Quartet #4 (Angelou) (2004).

Daniel Bernard Roumain, known as DBR, is a local Haitian-American composer who combines his classical music roots with a mix of contemporary black popular music.

âDaniel is a brilliant composer,â says Andrews, who when heâs not practicing or writing grants chills out with pianist Jeremy Denkâs CD, âEvery Good Boy Does Fine.â

Also on the horizon is one of his favorite parts of the year â South Beach Up North, now in its 16th year â where the group travels and performs in Andrewsâs hometown of Wausau, WI and are featured on the local public radio station, Wisconsin Public Radio (WPR), show, Route 51, with its host, Glen Moberg.

In their inaugural year, over 200 people attended the free outdoor concert on the square to listen to string quartets by Haydn, Barber and Dvorak.

Dance NOW! Miamiâs co-director, Hannah Baumgarten, has collaborated with Andrews on more than 15 programs over the years including performances at Miami Beach Botanical Gardens and the Bass Museum.

âThe South Beach Chamber Ensemble has grown and blossomed along the way with innovative and high-quality programming,â she says.

âI love that they incorporate inclusive programming such as âBlack Voices: An Evening of Music and Thought,â and always create an environment where music is the main course,â Baumgarten says. âMichael and the SBCE have a commitment not only to the music but to the community as well.â

For more information or to purchase tickets, visit sobechamberensemble.biz or call: 305-673-2183.

Tickets range from $20 for students and seniors to $30 general admission.