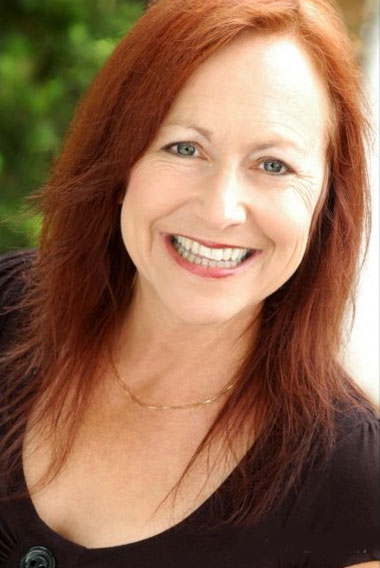 South Florida playwright Amy London has written a new musical âStory Of A Lifeâ that is inspired by the final years of life for Londonâs mother who died from complications from Alzheimerâs disease in 2019. The musical will debut at the Abdo New River Room of the Broward Center from Friday, June 18 through Sunday, June 20. 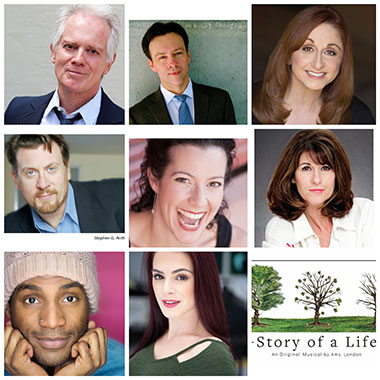 âThe final years were challenging and emotionally draining for my mother, myself and my family, so the musical explores the deep emotions and challenges that three families experience in coping with Alzheimerâs disease,â London says.

Many of the eight actors that signed on to perform in âStory Of A Lifeâ had personal experience of coping with Alzheimerâs, including Londonâs ex-husband and daughter (Barry J. Tarallo and Emily Tarallo) as well as actress Patti Gardner.

âMy mother suffered from Alzheimerâs in the final three years of her life. I always considered it a blessing that she didnât suffer physically well into her 90s, but losing her mental abilities was difficult to witness. By the end, she didnât know who I was,â Gardner says.

Gardner will play Lily, an Alzheimerâs patient who is the mother and grandmother to the roles of Ajan and Emily Tarallo.

Londonâs musical is being showcased as a limited run Actors Equity Association Professional Theatre Workshop at the Broward Center for three performances, with some of the proceeds used in support of the Alzheimerâs Association.

ââStory Of A Lifeâ has the actors in multiple roles as caregivers, families, friends and patients with the songs of Harry Chapin, Jim Croce, Dan Fogelberg, Paul Simon, among other composers in the musical. Among the many characters is a young 40-year-old Alzheimerâs patient ,â said London.

Songs such as âI Got A Name,â âBoth Sides Now,â âBridge Over Troubled Waters,â âThe Sound Of Silence,â along with 14 more songs will be performed by the cast.

In addition to acting, Anthony (bass and guitar) and Barry Tarallo (guitar and mandolin) will play onstage in a band with Roy Fantel (drums) and led by musical director Caryn Fantel. The musical is directed by Patrick Fitzwater of Slow Burn Theatre.Â

âI am hopeful that the many strengths of the musical will lead to investors and perhaps a touring national production,â said London.

Along with being a playwright, London has been associated as both a director and stage manager for over two decades in South Florida onstage productions such as âBeauty And The Beast,â âGuys And Dolls,â âSister Actâ and âUnlikely Heroesâ at the Wick Theatre in Boca Raton (as a stage manager) and as director for âFunny Girl,â âGypsyâ and âRomeo And Julietâ among other productions.

âStory Of A Lifeâ is presented as part of the Broward Centerâs Arts Access Program.

âStory Of A Life,â a new musical by South Florida playwright Amy London, will be performed on Friday, June 18 and Saturday, June 19 at 7:30 p.m. and on Sunday, June 20 at 2 p.m. indoors at the Abdo New Room of the Broward Center For The Performing Arts, 201 SW Fifth Ave. in Fort Lauderdale. Tickets are $20 and $25 for the Sunday, June 20 performance, a benefit for the Alzheimerâs Association. For tickets and more information, go to browardcenter.org or call 954-462-0222. If you or someone you know needs assistance or needs information about Alzheimer's, callÂ 1 (800) 272-3900 or go to www.alz.org.