If your tap dancing memories include the suave elegance of Fred Astaire, the all-American boyishness of Gene Kelly, the theatrical feats of Ann Miller, the cool, earthiness of Gregory Hines or, the dynamic rhythms of Savion Glover, then it is time to add Dorrance Dance and some super tappers to the list. In the companyâs single performance at the Arsht Center Ziff Ballet Opera House, this fresh and relevant group was a shining example of theater, song, sound and unique individual skill craftily blended together to create a thoroughly entertaining and unique theater experience. 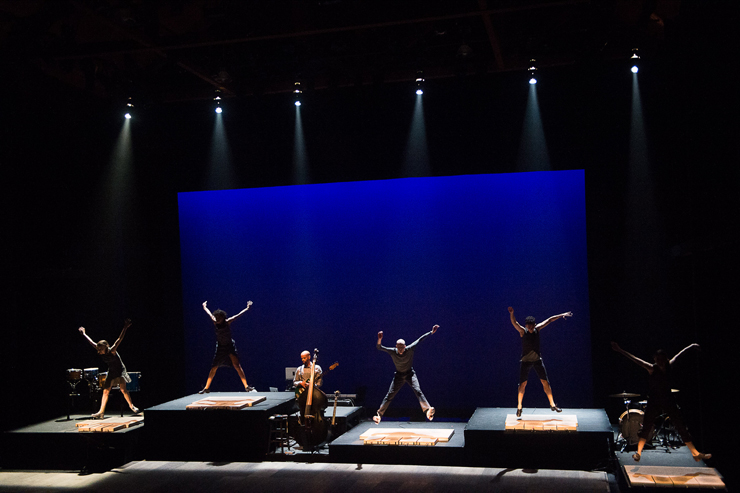 After tap dancing had glory days in movies and theaters, there was a slight lull in tap visibility at the turn of the century. Tap seemed to be seeking "what was next." In the late '90s, there had been story-telling of black history through tap in âBring in 'da Noise, Bring in 'da Funkâ using exuberant rhythms, projections and super titles. It was forward thinking, relevant and successful. The next, popular show, in the early 2000s, was âHappy Feet,â the charming animated tale of the tap dancing penguin, Mumble. And yes, there have always been various tap companies scattered throughout the U.S. that have continued to produce. Yet, tap dancing had, still, not made a strong comeback as a performing dance genre.

Now, however, tap seems to be having a resurgence and Dorrance Dance is a big contender.

Seeing the performance was even more impactful because Michelle Dorrance, Artistic Director and founder of Dorrance Dance, has created a buzz. She is in demand as an instructor, she has received numerous awards and grants, and at the performance, almost everyone in the audience knew of her and knew of the company. 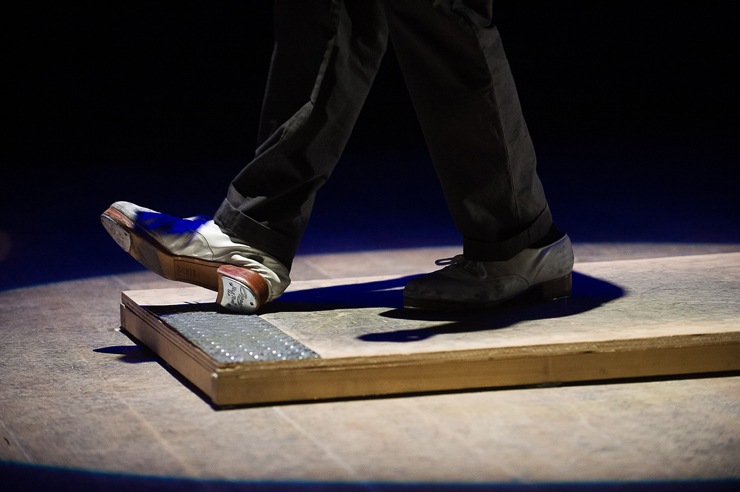 The evening was about much more than seeing a tap performance. It was about sounds. Not just the sounds of the tapping, but what can be done with the tapping, what can be done with a voice and how the sounds can be maneuvered. One of the most interesting aspects was that the dancers were active participants in making the sounds, which many times was echoed or synthesized to create the, perhaps, unpredictable score.

The title of the evening was âDorrance Dance - ETM: Double Down.â ETM stands for "electronic tap music," a sound board developed by collaborator, Nicholas Van Young. There was no lack of a variety of sound as the electronic tap boards and the amplified stage toyed with the dancers rhythms, the voices and the musical instruments. 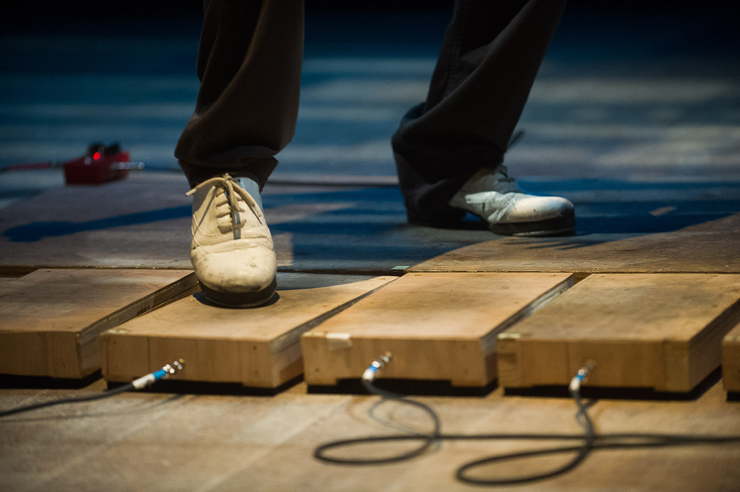 The program started slowly as individuals introduced the tap boards, each one making small tapping sounds. There were various levels of platforms throughout the stage as the dancers and musicians maneuvered spots to create a chorus, of sorts, for the activity on the stage. Grays and haze were pervasive.

Each dancer was unique. Some were also the musicians as the roles changed and the sounds ricocheted from one being to the next. At one point, a line of dancers on boxes stretched across the stage. Their sound was choreographed complexity as they integrated a grating sound with their feet and ended with heavy chains to become part of the score. 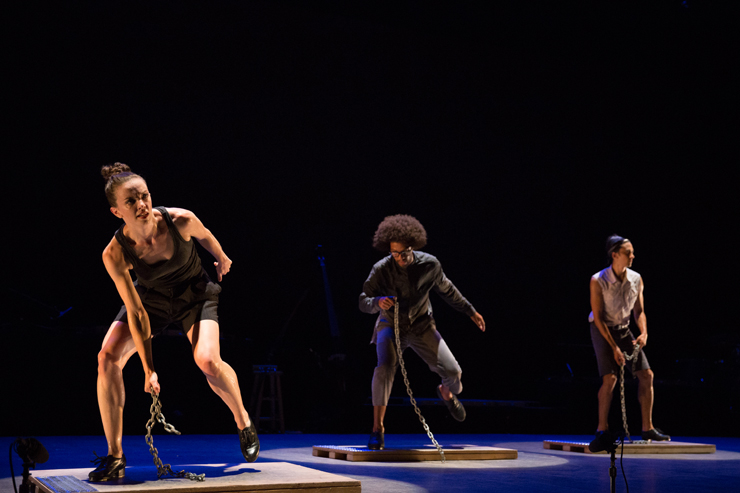 It was fascinating to watch the dancers maintain a rhythm, break away into individual moves and then, magically, reunite. The unison, camaraderie and the fun was palatable.

Every element was interesting, refreshing and peaked curiosity as the curtain closed on section one.

The haunting, echoing voice of Aaron Marcellus opened the second section. Dancing became part of a story as two men did a duet that used sound as a means of emotion and communication. A snakelike hip-hop artist changed the mood and slithered off the stage. An adage section in canon was as much about movement as it was about tap. Tap and sound took the lead and, at other times, was on the periphery. With so many different offerings, it was unfortunate that the second section didnât quite carry the same focus as the opening. Perhaps it could have been slightly shorter, however the vocal element added a constant thread that had a unifying quality. 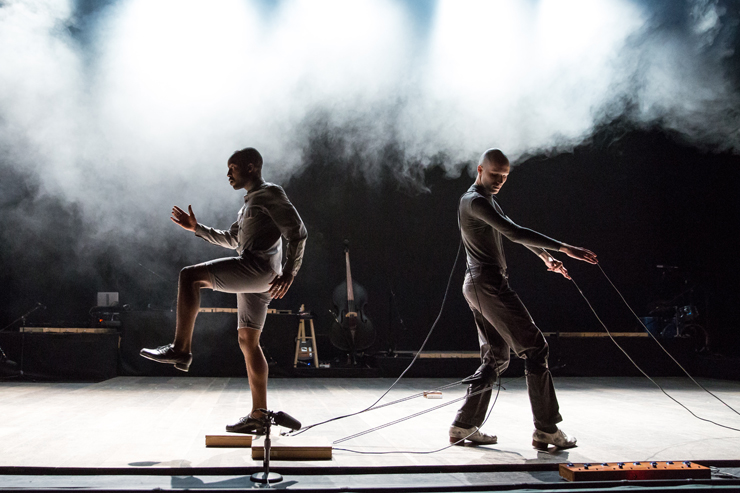 The program ended with a dynamic finale that allowed everyone to âshow their stuffâ and these dancers are each stellar and unique. A standing, enthusiastic response could not have been more appropriate.

Dorrance Dance appeared in January at the Adrienne Arsht Center. Find out more about the company atÂ https://www.dorrancedance.com/.

Miami Dance Hub and Michelle F. Solomon, the editor of miamiartzine.com have started a tap scholarship in honor of Michelle's mother Mabel-Faye Solomon. To find out more,Â https://www.miamidancehub.com/mfrs-scholarship