'Marshland' Dredges Up the Past 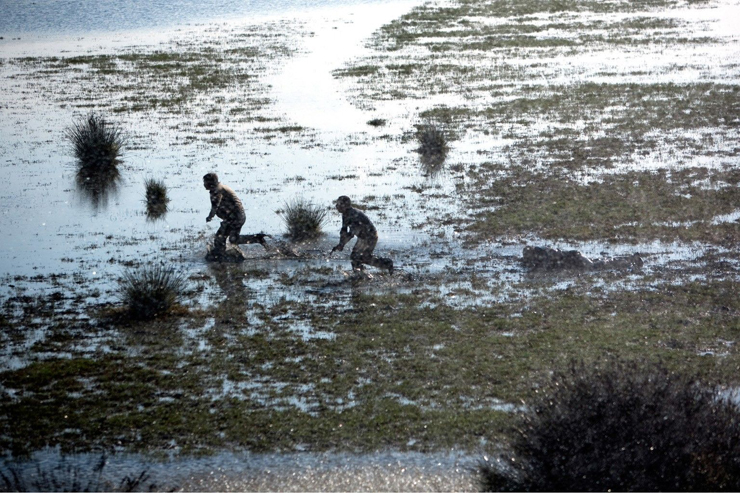 Dead bodies are not the only thing being unearthed in Marshland (La isla mÃ­nima), the solid police thriller that swept the Goya Awards (i.e. the Spanish Oscars) earlier this year and arrives to local screens this weekend. It's a crisply paced procedural that looks and feels like a genre piece but also grapples with a healing nation's fallout at a time where the wounds are still fresh. 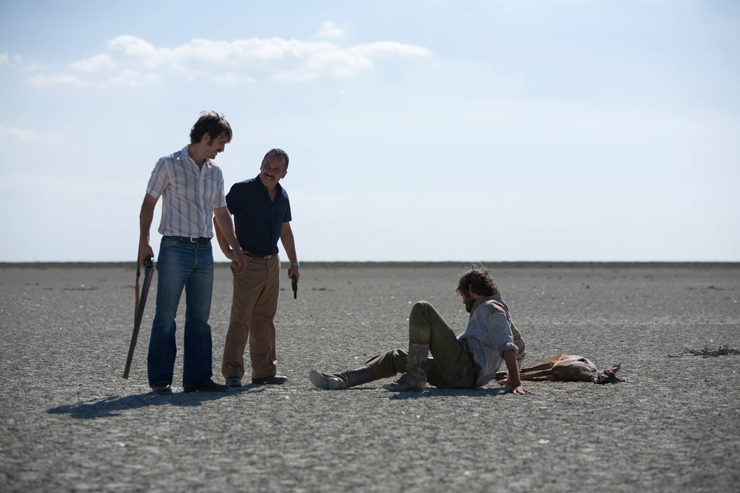 That time is September 1980, and Spain is trying to get back on its feet following the end of Franco's regime. The disappearance of teen sisters Carmen and Estrella brings two homicide detectives from Madrid to a small Andalusian town by the Guadalquivir River. Juan (Javier GutiÃ©rrez) and his partner Pedro (I'm So Excited's RaÃºl ArÃ©valo) are a study in contrasts, the former's questionable tactics and loose off the clock conduct worlds apart from his younger, pornstached colleague's by the book m.o. It's clear early on in their investigation that the missing girls, last seen getting on a white CitroÃ«n, wanted to hightail it out of town. Townspeople, their nose upturned, say they have a reputation for being "easy." Pedro also shows disdain â¦ for his partner. He's heard the whispers about Juan, about how he's been known to extort money from prostitutes. Just how far south Juan's moral compass points is something the film gradually reveals as both men attempt to crack this case. 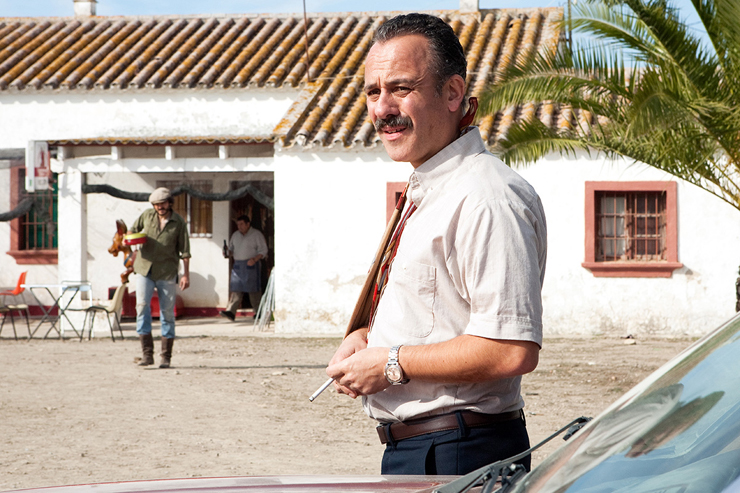 Marshland's tight narrative nevertheless allows just enough breathing room for these characters to grow, so by the time cadavers start popping up â in unflinching, grisly detail â we've become invested in the outcome. To his credit, director/co screenwriter Alberto RodrÃ­guez also takes pains to flesh out the film's setting, and that includes some stunning aerial overhead shots of the region's marshlands that border on the abstract. They're like photorealistic nature paintings come to life. Elsewhere, cinematographer Ãlex CatalÃ¡n's expert lensing makes the most of the desolate landscapes; these are long shots worth savoring.

Marshland makes no bones about what it is: a serial killer thriller with a political conscience. A fear stricken man turns up and lets Juan and Pedro know Carmen and Estrella are not the only local girls who have vanished. But the closer they come to finding the culprit, the more the country's tumultuous past rises to the surface. The film reaches a point where it lays on the parallels between the killer's targets and those persecuted by Franco way too heavily. For the sake of clarity, RodrÃ­guez and co-screenwriter Rafael Cobos spell out the notion that, even in death, Franco's iron grip lingers, but it would have been preferable to let viewers make that correlation without the filmmakers' aggressive prodding. 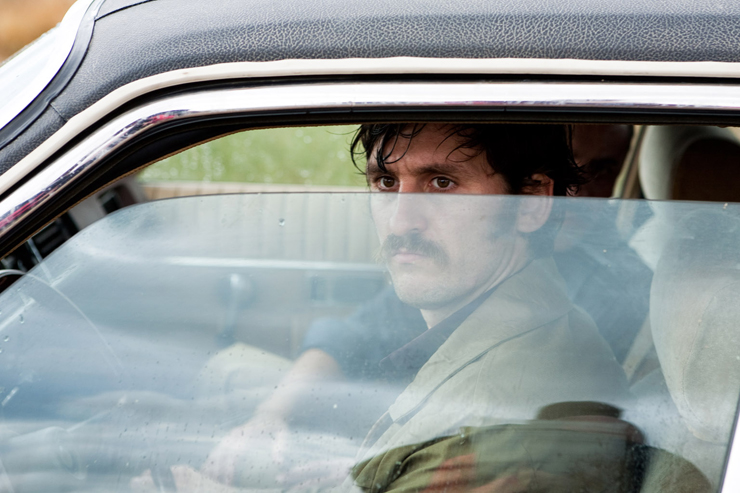 Which is not to say they don't deliver the goods. Seeing Marshland is like diving into an elegantly crafted detective novel that keeps you turning those pages even if you're well aware it's hardly breaking any new ground. What's missing is the kind of levity that elevated films like, say, the Argentinean policier The Secret in Their Eyes. In Marshland's case, a sense of humor would have made all the grim stuff â and there's a lot of it â easier to digest.

The production values do go a long way toward making Marshland a satisfying night out at the movies. They also enhance the film's crossover appeal. CatalÃ¡n is clearly the MVP here, but it also benefits from a music score by Julio de la Rosa that's reminiscent of the work of Gustavo Santaolalla (Babel). The two leads consistently command our attention, with GutiÃ©rrez in particular rising up to the challenge of pulling off the juicier of the roles.

There's something perfunctory about parts of Marshland, particularly an atmospheric yet rather routine climax that inevitably involves a shootout, but the sequence still works because it's staged with such care that brings to mind films like Seven and No Country for Old Men. This taut, atmospheric thriller earns the comparison. 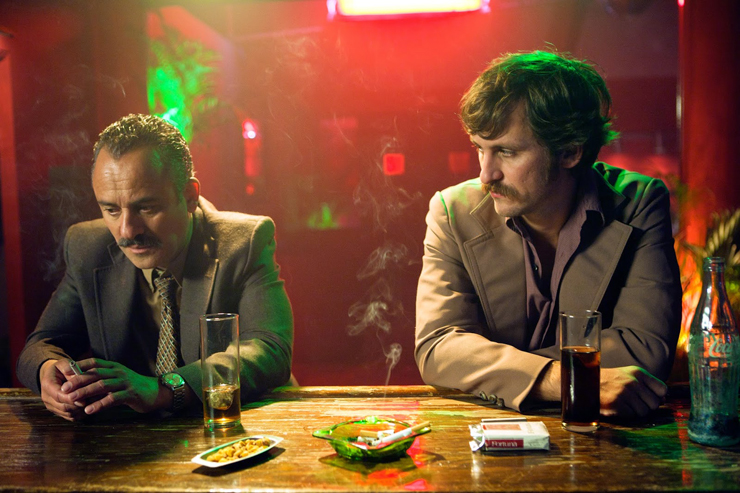 "This is already another country," a character says at one point. Marshland refutes such an idealistic notion, and this is probably why it struck such a chord back home. It remains to be seen whether the thriller, which screened this spring during the Miami International Film Festival, will resonate with South Florida audiences as well. (Spoiler alert: I'm pretty sure it will.) 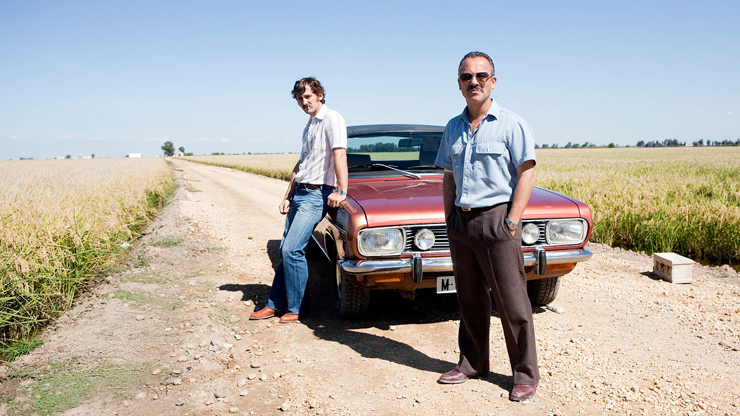